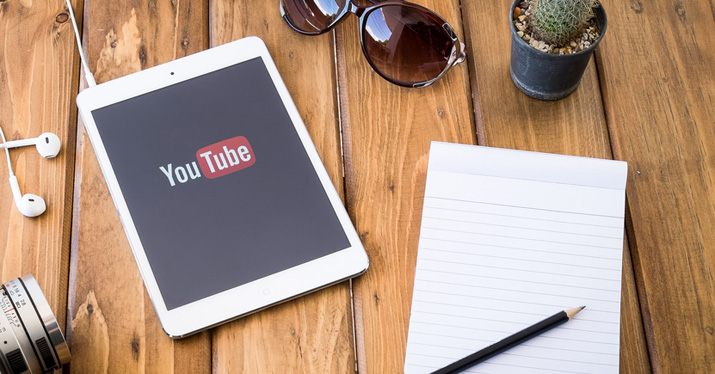 I want to get into the most common conceptual mistake that just about all indie music artists make when thinking about a YouTube marketing strategy.

YouTube is one of the most valuable assets you have as an independent music artist. It’s your gateway to one billion people, a majority of whom use it to search for and enjoy music. Plus. it’s free. But most of you are completely ignoring it.

Why? Because it’s foreign and you’re lazy.

It doesn’t seem foreign – you experience it just about every day – but that doesn’t mean you know anything about harnessing the real power of YouTube.

Remove your artist hat and put on a marketing hat

There is artistic satisfaction in a solid YouTube marketing strategy, but it isn’t where you think it is.

If you’re like most artists, you want to put up videos of your original material or cover songs that mean something to you. This is where you think artistic satisfaction comes from.

Both of these approaches are flawed (not to mention self-indulgent.)

You put up videos of your original material, but no one in the marketplace is aware of you, so you get zero views from new possible fans; just views from friends and family.

You make videos of you covering your favorite obscure songs, but again, the only views you get are from people who already know you because nobody is searching for the original version of the curiosity you decided to cover in the quest to satisfy your artist soul.

Neither of these tactics work because they don’t create traffic in any real way. There is no new business happening.

When approaching YouTube, think like a marketer who wants to expose your talents to as many new people as possible and expand your audience.

Where can you find new people? How can you drive traffic to your video?

As long as the original video gets a ton of views, you’re going to get some too, unless your video is terrible… but I digress.

Every Friday check for the songs that have just dropped, and pick two to four songs. This is where the cathartic artistic satisfaction comes from, putting your stamp on another artist’s original song. The more distant the original artist’s style is from yours, the more compelling your version can be. Take artistic license and go as crazy as you want to.

Traffic will be generated to your version of that song because people will be searching for the original artist’s brand-new video and stumble across yours. If your version is compelling in the first 10-15 seconds, you’re going to start racking up completely organic views – and lots of them.

Know that it’s not about the quality of the video, it’s about a compelling performance. Some of your covers will fare better than others because of competition and when they were posted in relation to the drop date.

The key is to be as early as possible in the life cycle of the new single because there is less traffic at the beginning. And sometimes, the lesser-known artists have fewer people trying to cover the song, so again: less competition means more potential traffic to your video.

For example, check out Bailey James’ video channel. Her Taylor Swift covers are brilliant; she slays the vocals on these.

Most of Taylor’s original videos rack up a mind-boggling 600 million to over one billion views, so there is no doubt about the traffic. The trouble is, every girl and her mother are posting their version of the latest Taylor Swift single.

Consequently, the three Taylor Swift covers on Bailey’s channel only garnered between 4-5,000 views each (which is probably more views than most of you have ever received, but again, I digress).

On the other hand, she a did a cover of Little Big Town’s “Girl Crush” that has over 120,000 views, largely because of low competition related to the controversy surrounding the song before it was released. Little Big Town’s original version has over 62 million views, which is astounding, but is a paltry 10 percent of anything from Swift.

So what is the goal here? The goal is get you, the compelling artist, in front of new people every day. Every day, people are searching for their favorite artists’ NEW videos. This is real, legitimate, digital foot traffic that spills over into your channel.

As you build an audience, you can add an original video or two, but if you’re annotating your cover videos, the viewers will be able to download a full, kick-ass recording of one of your originals for free in exchange for their email address. Over time you’ll have a channel filled with covers, other content that your community finds relevant and personal to them, and a couple of videos of your original music, which will stick out and call plenty of attention to themselves.

The packaging makes sense aesthetically, and the traffic is real. To date, while we have paid YouTube to promote Bailey’s original music videos, we have well over 350,000 views that are completely organic.

Since YouTube makes money through advertising, they are constantly (algorithmically) scrubbing every video to search for the early-stage popular videos. Once your video hits a certain number of views within a certain time of posting, you ring that first bell, and they press a multiplier button that exposes your video to more people.

If the trend continues, another multiplier button is hit, and then another, and so on. They want you to go viral because it’s better for business. Make sense?

A properly annotated cover video that offers a free download and requests the viewer to subscribe at the end is money. As you build your subscribers, more and more people are exposed to your new cover videos on the day you post, thus, increasing your chances of ringing that first bell.

Artists like Noah Guthrie, Karmin, and Justin Bieber broke on YouTube. Not all of them are huge stars, but all of them make their living creating and performing music.

You just have to understand the method behind the madness and put the work in. The rest will happen organically if you’re compelling. It takes time. Do you have the patience to play the long game?

I have a blog article and a 2-part episode on my podcast (episodes 14 and 16) about the steps you need to take to build a potentially viral YouTube channel.

[Editor’s note: The Disc Makers Blog also has numerous posts about YouTube and optimizing your use of it.]

Related Posts
YouTube Cards and End Screens make your videos more effective
YouTube for musicians – how to grow your YouTube channel, and other advice for your online videos
Vlogging For Musicians: The equipment you’ll need
Vlogging For Musicians: Setup and staging
Eight music video ideas to help grow your YouTube channel
Build a superfan base one video at a time
Want music success? You’ve got to love the grind