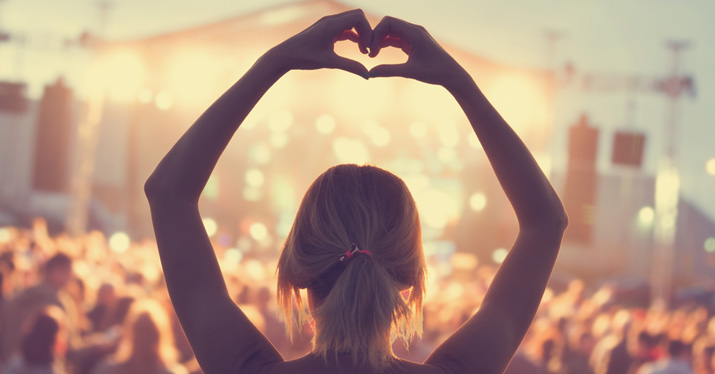 Live shows are underdeveloped as a music marketing tool by most artists. You need to track numbers to understand what’s working from a marketing perspective.

Your live show is your most powerful weapon when it comes to marketing your music, merchandise, and artist brand – as well as getting people to sign up for your email and text lists. As a music artist, it’s where most first impressions are made. It is a unique opportunity to make somebody feel so caught up in you and your show that they are compelled to buy something from your merchandise table and add their contact information to your marketing lists.

The problem is, live shows continue to go underdeveloped as a music marketing tool by most music artists. I’m not saying you don’t put a significant amount of energy and work into your live show, I’m talking about the fact that most artists aren’t tracking the numbers that will allow them to understand whether their shows are truly working from a marketing perspective.

Let’s say you have a specific manner in which you ask your audience to sign up for your mailing list during your show. You have a script planned out ahead of time, you rehearse the delivery, and you always go for it at the same spot in the set list. And it’s all working pretty well for you.

Then you decide to mix things up. Maybe you change up the script and delivery, or you move the moment during your show in which you encourage the audience to sign up or head to the merch table. Instead of asking them to do something after a high-energy call-and-response moment, you make the pitch after an emotionally powerful song that leaves the room so quiet you can hear the proverbial pin dropping.

How will you know if the changes you made were effective?

This answer is not only wrong, it also shows they are making one of the most basic mistakes when it comes to gauging the effectiveness of their live show from a marketing perspective.

What is measured can be maintained

I consult with a lot of bands on live performance and show production, and my first hour always includes a very important conversation. I explain right out of the gate that my focus will be on three things:

Once that is out of the way and I know we are all on the same page, I ask the band an extremely important question: Can you show me data tracking merchandise sales and marketing list sign-ups at your recent shows?

The vast majority of the time, the bands cannot show me those numbers because they don’t track them, which is maddening for me and a perfect example of why so many bands are spinning their wheels.

The bands that do have data are usually focusing on the wrong numbers. More often than not, the numbers they have are the total amount of money brought in at the merchandise table and total number of marketing list sign-ups per show. Those numbers are important, but they aren’t the numbers you want to be looking at when determining the effectiveness of the show. Here’s why.

Let’s say you do two shows during which you use different methods of presenting your audience with a call-to-action to sign up for your email list.

You tell the audience at the first show you want them to sign up for your marketing list. 41 of them sign up. At the second show, you move the call-to-action to a different spot in the set and you go about asking for it in a much different way. 30 people sign up.

Which show was more effective at getting people to sign up?

The second show. Even though it had fewer people signing up for the list, it actually had a significantly higher conversion rate when it came to sign-ups for your marketing list.

41 out of 100 people signed up for the list at the first show. That means what you did during that specific spot in the show resulted in 41% of the audience doing what you asked them to do. What you did at the show with 50 people resulted in 60% of the people signing up.

The first homework assignment I give EVERY band when I begin helping them with their live shows is tracking the following numbers: What percentage of people at the show signed up for the marketing list? How much money per person attending was spent at the merchandise table?

We need these numbers for every single show because this is what allows us to determine whether changes in the show help or hurt our chances of getting people signed up or spending money at the merchandise table.

Some artists try to gauge this sort of thing based upon their perception of the crowd at different points in the show, but a lot of artists end up with bad estimates that are swayed by the artist’s heightened emotions while performing. If you are actually tracking these numbers, they will tell you exactly what you need to know about changes you make to the show. The numbers won’t lie to you.

Finding the fly in the ointment

There are things that can skew your numbers over time and you have to learn how to identify them and come up with a way to make sure the data you are collecting is accurate.

A common issue with this system is when you see your conversion rates for list sign-ups fall after doing several shows in a particular market. The percentage of people signing up could be falling because of changes you made to the show or because you simply had an off night. But the percentage of people signing up could also be dropping because a significant portion of the people attending the show are already on your list.

There is an easy and important fix for this. Park somebody at the front door with a clipboard. Have them greet everyone coming through the door and thank them for making your show a part of their night. Have this greeter ask each person whether they have been to one of your shows before and whether they are already on your marketing list.

Have the greeter keep a tally of the responses as people enter, and you will have a pretty good idea of how many people attending your show were not on your list when the show started. This way, you will be able to get a more accurate representation of the sign-up conversion rate.

Here’s another example of something that can throw off your numbers – and it’s the type of thing that might change show to show based on what you’re tracking and trying to accomplish.

Last year, a producer in Nashville contacted me to do performance work with a young client from the Philadelphia area. She was going to be performing at a middle school in Kentucky where she had shot her debut music video just months before. It would be the first time she had ever performed an entire set and it was made up exclusively of original music.

We spent two months working on the show via Skype, and one of her goals was to get as many students as possible to sign up for her marketing list via text message. We knew going into the show that attendance at the assembly would be around 500 students, and we wanted to get an accurate tally of the sign-up rate in that group.

The first problem was knowing that most schools require students to leave their cell phones in their lockers during the school day. As this show was part of an assembly, we contacted the school district and asked if they would give the students permission to bring their phones to the assembly, because they can’t sign up via text message if they don’t have their phones in hand!

The second problem was knowing that not every student would have a cell phone. Some of them didn’t own one, others might have had to leave their phones at home. So we asked the contact person at the school to give us an estimate of how many students would likely be at the assembly with cell phones in hand. From that conversation, we estimated 50% of the students would have cell phones on hand at the show.

Give yourself a chance!

I know tracking these numbers at every show and analyzing how changes to the show impacts the numbers will seem like a complete pain in the ass. I know you would rather be focusing on making music and performing.

But little systems like this one can give you a huge advantage when it comes to making your music more profitable and all your marketing efforts more successful. Successful businesses run efficiently because these systems are in place to give them honest feedback on whether what they are doing is working the way they want it to work. The numbers don’t lie!

With clients in major cities like Nashville, New York, London, Sydney, and Toronto, Rocket to the Stars’ Wade Sutton has dedicated his life to helping music artists in all aspects of their careers. Armed with 20 years of radio journalism experience, Wade now provides an array of services to artists, including writing biographies and press releases; creating press kits, websites, and sponsorship proposals; media interview preparation, and more. In 2014, Wade co-authored a music business eBook titled The $150,000 Music Degree with Rick Barker. Click here to get a FREE copy of the book today.

Related Posts
Use visual and musical cues to lead your audience
If you ain’t measuring, you ain’t marketing
Online tools to help you manage the business of music
Make a living in the music business – myths and methods
I spent $0 at your show. Here’s why.