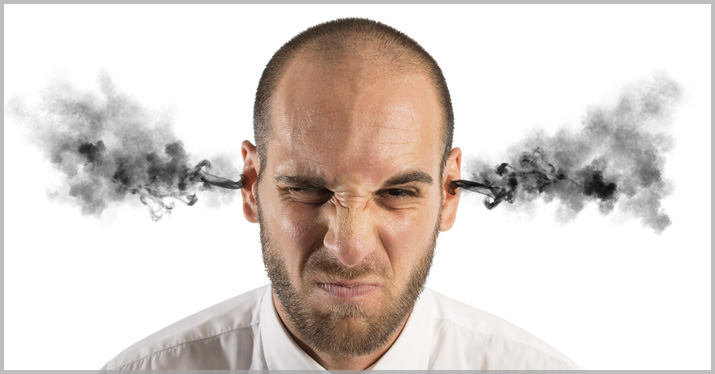 The perks of life as an independent music artist can be bountiful – but every silver lining has a cloud. Knowing how to manage stress can be just as important to your music career as your skills as a musician.

As an independent music artist, you have the freedom to make any sort of music you can dream up, and perform whatever sort of shows best suit your personality, imagination, and creative vision. It’s a wonderful way to practice your art — but it can bring along its own set of stresses and burdens.

Questions of money and career growth can cause headaches and sleepless nights for indie artists in any genre, as can concerns about growing a fan base, creating new work that satisfies your listeners, landing the next big gig or opportunity, and balancing the demands of a life in music with family, friends, and health. These are all big questions and there are rarely easy answers. That said, there are straightforward ways to turn down the static, clear your head of the day-to-day stresses of being an independent artist, and make the best decisions – creative and business-related – for you and your music.

Dr. Noa Kageyama, creator of the Bulletproof Musician Blog and performance psychologist on faculty at the Juilliard School of Music, offers these tips to help reduce your overall stress and invigorate your music-making.

Provide for your basic needs

“When it comes to things like stress reduction, a lot of times, we already know what we should be doing but, because it sounds so basic, we don’t do it,” says Kageyama. “Really, a lot of it comes down to the basics of stress reduction and general health — getting enough sleep, staying active, and eating a healthy diet.”

Getting eight or more hours of sleep a night can be rough for anyone living an active and engaged life; Kageyama says that planning ahead can help. “You need to be disciplined about shutting down your computer or putting down your instrument and stepping away from things,” he says. “It can be difficult, especially when you feel that you should be working harder and more.”

“You can get by with not enough sleep week by week or even for a month,” he says, “but if you don’t consistently get the rest that you need, you’ll start to notice it in terms of your creative output and ability to perform at the top of your game. In some cases, working less will help you be more effective in the hours when you are working.”

Should you play it safe, or take a risk?

Life as a musician can be full of uncertainty. What happens if you try a new direction with your next album, will your fan base hate it? If you stretch your boundaries and play shows in cities that you’ve never toured before, will anyone show up? If you invest a big chunk of money to hire that great producer you’ve been dying to work with, will the investment be worth it?

“While it’s important to always look at what will happen if you take certain actions — will you make less money, will people not understand what you’re doing as an artist — also think about the cost of not taking action,” says Kageyama. “What will happen if you don’t explore and take the risk? Will your fan base get bored, or will you miss a great opportunity? It’s helpful to think equally in both directions. You might be more willing to take risks, and better able to deal with uncertainty, if you think about the risks of not acting when it’s time to make a decision.”

Know how to recharge your batteries

Let’s say you had a rough gig last night, still haven’t gotten paid for that session you played last month, and your go-to gigging keyboard just broke the Middle C key — in other words, you’re feeling a little burned out and need to recharge. Don’t just crash on the couch and turn on cartoons, Kageyama advises.

“Active rest is important,” he describes. “For many people, recharging your batteries can happen from an activity where you expend energy, but the net gain is greater. Try to find activities that may be tiring physically or mentally, but bring you exhilaration, joy, and camaraderie. The positive aspects will more than make up for the energy you spend doing the activities.”

Whether it’s white water rafting or mountain biking, cooking or playing darts, hosting dinner parties or playing in chess tournaments, engaging in extracurriculars unrelated to your music and career can pay you back in dividends.

“Think about what you would be doing if you weren’t working, what you would be spending your time on if you had more time,” Kageyama says. “Carving out time to spend on those things will actually help you creatively, and help you deal with the stresses and challenges that come with a life and career in music.”

Do you want to have five Grammy Awards by the time you’re fifty, or land a gig opening for a former Beatle? Are you set on selling out Carnegie Hall or packing the Viper Room for a week-long residency? Specific goals can be great motivators, but they can also be sources of stress, in and of themselves, if not managed smartly.

“Rather than focusing on specific goals and specific ways of getting there, keep your goals in mind, but focus most on the next immediate steps, the next risk you can take that will get you a step closer, but that you can survive if it goes badly,” advises Kageyama. “If you feel you can deal with the consequences of taking the risk and failing, then go for it and get to the next proximal stepping stone. At that point, rethink and readjust. That way, every risk you take is calculated and it’s not going to be the end of you if it doesn’t come through. You’re still pushing yourself in a direction that you’re excited about, but don’t have the stress that comes with putting your eggs all in one basket.”

In practice, rather than tearing out your hair fretting about how to get your first Grammy nomination, much less your fifth award, think about small, immediate next steps that will get you closer to your goal — joining a local Recording Academy chapter, playing in a showcase hosted by Grammy members, or inviting that Grammy nominee that you met at a convention last month out for coffee to ask for some advice. None of those steps will guarantee your final goal, but they are all survivable risks that will benefit you, in and of themselves, and get you a step closer to where you want to be.

Be smart about deadlines

It’s not uncommon for independent artists to give themselves a deadline when it comes to trying to break through in music: e.g. move to New York and give yourself a year to make it as a musician, songwriter, producer – whatever. If you succeed, great. If not, go to career Plan B, whatever that may be.

Such self-imposed deadlines can be helpful, Kageyama says, but again, they have to be intelligently managed in order to reduce stress, and not add to it.

“I work with the New World Symphony Orchestra, and musicians who are selected for it get three years with the organization, with a possibility to extend for the fourth,” he says. “Anecdotally, it seems like, when people are near the end of their time there, they begin to win auditions, and I’ve wondered why. It’s either because of the urgency that comes with being close to the deadline or it could be that, as you approach the deadline, you’re more able to relax and say, ‘You know what? I’ve done my best. If this doesn’t work out, it doesn’t work out. I’ll figure something out when the time comes.’”

“That can make people a little less uptight and give them freedom and flexibility to do great work,” he continues, “because in some ways, it doesn’t really matter anymore. Then, once they relax and win that first audition, they get a foot in the door, build their confidence, and a career can grow from there.”

If you’re an independent music artist, it can be easy to see your job simply as making great music and putting on top-quality performances. To stay cool and un-stressed, Kageyama recommends taking a more all-encompassing view of your professional endeavors.

“If you’re involved in musical theater or orchestras, for example, auditioning and getting rejected is a huge part of the job description, so take it in stride, expect it, and learn to cope with it as part of a day’s work,” he says. “For independent artists, all of the marketing, business management, and other work that comes with building a career is a huge part of the job, so the same advice applies.”

“The job of being a musician has evolved over time as the world changes,” he says, “so in order to manage stress as a musician, the way that you see the job needs to evolve, too.”

Do you have your own strategies or philosophies when it comes to managing a low-stress life as an indie artist? Share your thoughts in the comments below.

Related Posts
Burned out? Maybe it’s time to pause and refill the well.
Setting your music career goals
Yoga for musicians
Getting out of a creative rut
Your music will benefit when you have a beginner’s mind
Take risks with your music