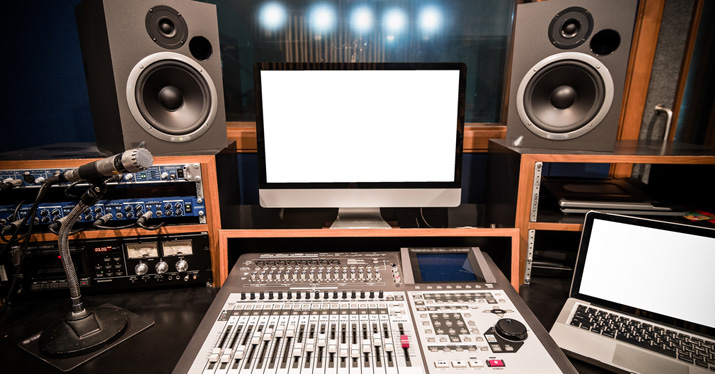 When mixing rap vocals, getting the vocal to cut through the music track is key. In this video, you’ll see how to treat your tracks so nothing gets lost.

Scott Wiggins of The Recording Studio Solution walks us through the process of mixing rap vocals in this extensive and in-depth video tutorial. The lessons can be applied to most any genre of music, starting with the treatment of the music tracks before the vocals get inserted into the mix.

Using EQ and compression to open up space for the vocals is one step in the mixing process. I’m an advocate of subtractive EQ, but in this case when mixing rap vocals, boosting the lows and highs was one move I made to prepare these tracks for the vocal. The video below gives you a seat in the control room in real time as I explain my thought process while executing the changes and adjustments. Some of these moves are subtle, and others are pretty extreme. My best advice is, “Use your ears.”

As I start working with the vocal and integrating it into the mix, I’m focusing on the EQ to fit the vocal into the place I’ve created for it in the music track. The goal is to help make the vocal stick out in the mix, but of course that cannot be achieved by boosting the gain alone. Between effects, EQ, and various plug-ins, you can work the vocals so they sit comfortably in the mix, while cutting through it at the same time.

In regard to effects, reverbs and delays add width and space, but too much reverb can make the vocal track wash into the mix. I’ll get into the details of the effects I’m using, including the type of delay and the settings I’m adjusting, all with an audio component to bring the lesson home. Note that some of the ideas I’m using here were borrowed from a typical rock approach, but I’ve found they are very effective in my work on this hip hop track, particularly in adding width to the vocal.

3. Serve the song with thoughtful mixing and EQ’ing

As I mention in the video: “That’s how I approached this rap song with EQ in the vocal in the track. It’s going to be different song to song, not every song has the same frequencies, the same sonic qualities, but the concepts are the same. And I use these concepts when I mix country or rock. While the genres are different, and the music sounds different, I’m making these same kind of mixing moves – carving out spots, making a deliberate decision with what EQ you’re using on one track, and then playing the vocal over the music track, EQing the vocal while the music track is playing so you can carve out these spots and get it to sound clear and not fight with the rest of the tracks.”

Scott Wiggins is a touring recording artist, singer/songwriter, producer, recording/mix engineer, and music lover. Wiggins has written and recorded multiple songs which have made it into the top Ten on the TX Music Charts and has over 15 years’ experience creating, making, and sharing music. Wiggins has had the privilege of being mentored by and recording music with Grammy-nominated engineers, and his goal is to take what he’s learned and share it on The Recording Solution website and blog.

Want more tips on how to mix rap vocals? Check out our article on producing great hip-hop vocals. Have a project that’s almost done the mixing phase but need mastering? The SoundLAB can help!