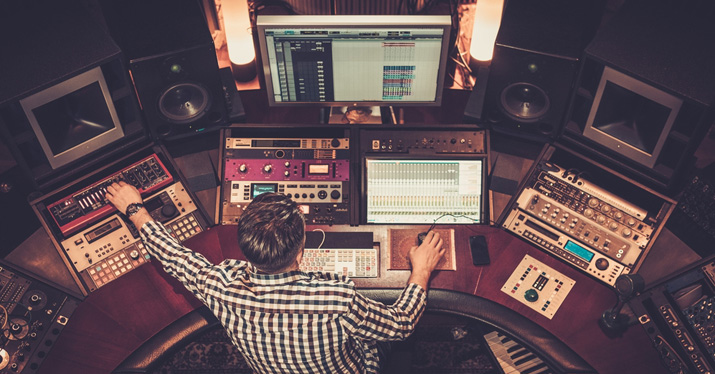 Making decisions that improve the quality of your final product – based on what you’re hearing – is the basic skill underlying all successful music production. Here are some strategies for improving your listening skills.

Whether you’re an artist, producer, engineer, or all of the above, the decisions you make as you go through the recording process are based on what you hear – or what you think you hear. Maybe you’re auditioning equipment to purchase, choosing a microphone, or wondering if that diamond-studded bus compressor is actually improving your mixes.

Listening and understanding how to improve recorded sound is a huge part of creating a great recording. But…

Are you really hearing what you think you’re hearing?

Early in my career, I was mastering a song with several people all gathered around the computer monitor. I was using a digital EQ on a workstation. People were making suggestions like: “Try .3 dB at 40 Hz… there, that’s very nice! You see how that extends the bass downwards? Now try .2 dB at 16kHz…” and so on.

As we were working, I realized the EQ was in bypass mode the whole time. Well, this was a bit awkward, to say the least. What to do?

Stiff upper lip. I didn’t say a word. Why ruin the fun? We made a few more EQ “adjustments” and everyone went their jolly way feeling good about their contributions. After they left, I made the EQ changes I thought they would have liked to have made and called it done!

The truth is, we hear what we think we’re hearing. We all actually experienced the changes we were making mentally. For me, the spell was broken when I realized we were in bypass mode. Everyone else continued enjoying the dream of telekinetically applied EQ.

But I learned something: if I have some particular expectation of a listening experience that I am about to have, that’s most likely what I’m going to hear.

Many factors influence what we hear. For example, if we’re evaluating two pieces of gear and one costs ten times more than the other, it’s likely we’ll prefer the more expensive one, unless expert marketing has bent our ears in another direction.

I don’t know of any scientific research in regard to hearing, but wine tasting is one similarly subjective activity that’s been studied exhaustively. One study, “Do More Expensive Wines Taste Better? Evidence from a Large Sample of Blind Tastings,” found that “Individuals who are unaware of the price do not derive more enjoyment from more expensive wine…. We find that the correlation between price and overall rating is small and negative, suggesting that individuals on average enjoy more expensive wines slightly less. For individuals with wine training, however, we find indications of a positive relationship between price and enjoyment.”

In other words, we probably all think we can tell the difference between expensive and cheap wine, but without training, apparently we can’t. Does the same hold true in the audio world? Based on my experience, I think the answer is yes.

Making decisions that improve the quality of your final product – based on what you’re hearing – is the basic skill underlying all successful music production. Here are some strategies for improving your listening skills.

To make sure prior expectations aren’t clouding your judgement, mix and print examples of whatever processes you want to compare. Then have someone rename the files so you don’t know which is which. Then listen to the files and see if you can identify the differences.

There is a variation on this method that is useful if you want to compare specific things: bass for example. First, listen to the files knowing which is which and then do the blind test and see if you can still identify the differences you heard the first time. This is particularly useful if you’re auditioning entire mixes where it can be hard to know exactly what you’re listening for. Be prepared for some surprises here!

Let’s suppose you are evaluating A/D or D/A converters. Since it’s hard to find equipment that works well on every kind of music, use music in the genres you usually work with. Bear in mind that music with a lot of space and ambient information will probably reveal more about the quality of the equipment than music that is dry and dense with musical events. In fact, with tightly packed and dry material, you may not hear much of a difference. How the converter deals with reverb tails is an especially good test.

Adjust levels to match as precisely as you can

If you’re trying to evaluate two recordings from the same source, it’s very important to match the output levels precisely. If one of them is even 1/10th of a dB louder, you will probably experience it as clearer and better – hence the loudness wars!

Listen to short pieces of music

Use a song segment that’s 10-15 seconds long. If it’s any longer, the song is likely to go through too many changes and the difference you think is due to the equipment may in fact be a difference in the tonality of the various parts of the song. Ideally you would have the files playing at the same time in the workstation and be able to toggle back and forth between them at a particular location, or at least right next to each other with markers at the same locations in the different files so you can move the cursor rapidly between the selections and audition the identical part.

That said, for an overall impression, it can be useful to listen to longer passages. This way you might discover things like how the equipment deals with the ebb and flow of loud to soft within a particular piece of music.

It’s always a good idea to do your listening tests on high-resolution equipment in a room that won’t interfere with what you’re hearing so you can hear subtle differences.

YouTube is full of videos featuring famous engineers who are paid to demo a certain plug-in and rave about how great it sounds. Don’t be taken in. Before you get out your credit card, download the free trial and give it a test drive. Print something, then remove the plugin, print that, and apply the steps above to the two files: level match, A/B, blind test, etc.

In the process of doing all this, your ability to hear subtle differences will improve, which will be a great help to you in your music career. One thing that separates the great engineers from the rest is they’ve spent many hours testing everything and honing their skills – and their ears – to get the best possible results.

John Greenham is a multiple Grammy Award-winning engineer, with over 25 years of experience working with artists of all genres. Past clients include Sam Smith, Katy Perry, Sky Ferriera, Ice Cube, Death Grips, Queensryche, Bad Suns, Los Tigres del Norte, and many more. He currently works in Los Angeles, and may be contacted at johngreenham@gmail.com.

3 thoughts on “Actively test – and improve – your listening skills”