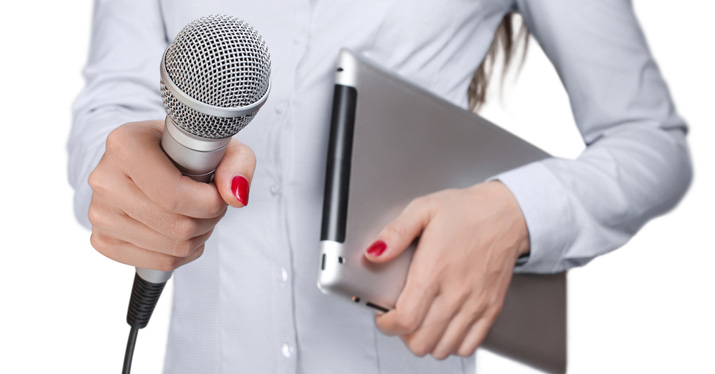 A big part of how to give a great interview involves your follow up. What you do after the interview can impact how accurately and positively the press handles your story.

Just like you would in a formal job interview, take a few minutes to thank the interviewer. Keep things simple, straightforward, and non-intrusive – whether by email or hand-written note – just express your sincere gratitude for the opportunity to be written about and offer to answer any follow-up questions that might come up.

If you have a show coming up, or if the writer doesn’t have some of your recordings, it’s a good time to offer access to both. If the interviewer seemed interested in speaking with one of your bandmates, your songwriting partner, or someone else who is part of your creative circle, offer to make it happen. But, at least until the article is published, avoid sending a dozen roses, ordering a fruit basket, or doing anything else over the top. Even if the vibe of the interview was incredibly friendly and you see such a thing as a harmless gesture of gratitude, hold back. You don’t want to create even the appearance of attempting to bribe or cajole your interviewer into giving you a good write up.

Recognize you might not get the chance to fact check

Sometimes, the artists I interview (or their publicists) request the opportunity to review my draft for factual accuracy before I submit it to my editors. Especially if there are a lot of technical details mentioned for a gear magazine, or specific personnel for a new album discussed, it can be useful to make sure that all details are correct, and that the artist didn’t mis-speak in the moment.

When I get requests like these, the first thing I do is check in with my editors. Some of the publications I write for support and encourage fact checks; others don’t. If my editors approve, I send a draft off, insist that it must stay confidential, and request that any factual corrections be sent back to me immediately. If my editors’ policy doesn’t allow fact checks, I politely say that I can’t make it happen.

All of this to say – if you feel that your interview might involve discussion of heavy details that you will want to verify before they go to print, there’s no harm in asking, ahead of time, for a chance to review as part of a courtesy fact check process. If the writer says yes, great – thank him or her for the opportunity, review the draft as soon as you receive it, and send back the absolutely most essential and minimal changes only.

At various points in his career as a publicist, Concord Music Group Vice President Mike Wilpizeski has seen artists demand the right to approve anything written about them before it goes to print. It’s an approach, and attitude, that he does not find helpful.

“Most artists need the press, and artists need to engage with the press in a way that lets everybody work together,” he says. “The relationship between journalists and artists can sometimes be adversarial – both parties have their own agendas going in – but demanding approval immediately sets up the relationship as contentious, rather than collaborative. And you’re probably not going to be given the chance to approve the entire article anyway.”

Further along those lines, if you are given the chance to fact check or review an article before it goes to print, make your suggested changes as minute as possible. Writers may have to deal with their publications’ guidelines for tone, flow, format, content, and length, factors for which you as the artist may have no context, so any attempts to significantly rework an article will likely do more harm than good.

Plus, chances are that trying to rewrite the draft of your interview will just piss off your interviewer and torpedo any good will that you had built up. I know this first-hand, as I’ve received just one or two fact-check responses that included multiple paragraphs of (usually pretty crappy) track changes. If you hope to be interviewed by the same person again for your next album or tour, avoid being that guy.

Do you have any tips or stories related to giving great artist interviews? Leave them in the comments section below.

2 thoughts on “What to do after the interview”