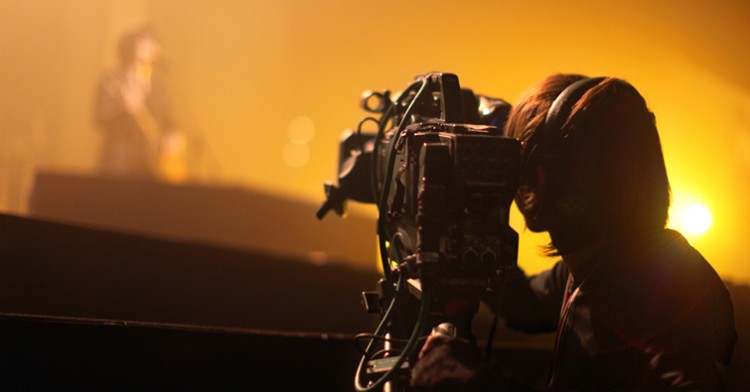 Traditional music videos are one way to introduce your music to an audience, but there are many other music video ideas – including mashups, vlogs, and animation – that can help your grow your YouTube channel.

YouTube has over a billion users – almost one-third of all people on the Internet – and every day people watch hundreds of millions of hours of video, logging billions of views. It’s also a highly engaged and active platform: YouTube generates over 100 million social actions on videos every week, including comments, likes, and shares.

Because of this, YouTube has become a critical medium for independent musicians to create exposure in a way that audio alone can’t match. But beyond these promotional opportunities and the means to promote music sales and merchandise, YouTube provides other income opportunities including giving you a share of the advertising revenue. Because of this, every musician should be making videos to promote their music.

Fortunately, music videos don’t need to be costly to produce. You can get started today by using one of the eight different music video ideas listed below. Each include resources and tips on how to make them.

The most straightforward option is to make a traditional music video, one with musicians or actors filmed on a set or on location. These are also some of the more involved and costly types of videos to make, if you’re looking for a professional result, as you’ll need good lighting, quality cameras, and pro video editing software. But there are plenty of examples of moderate to low-budget successes with music videos. Check out how Pomplamoose tackles this art form in a video from 2013.

There is no need for actors – or even cameras – if you use animation software to create a music video. If you can use Flash, Poser, or Source Film Maker (SFM), there’s practically no limit to what you can do. And sites like GoAnimate or Wideo can help you create new videos online with drag-and-drop tools and ready-made images, with more options popping up all the time.

To create a mashup, use your music and combine it with existing video footage in new and creative ways. While you need to be aware of copyright and sync license requirements, mashup videos are a way for fans to express themselves, using video content from popular culture, or other videos on YouTube. Or, if you want to avoid copyright issues, you can use the thousands of hours of public domain video content available on the Internet.

One of the quickest ways to create a video for your music is to use video editing software and make a collage of images or gif animations while your music plays underneath. In fact, one hugely popular YouTube video, Nyan Cat, loops a one-second 8-bit gif animation of a cat flying in space while the song plays. The video was posted in 2011, and has over 125 million views. The creator of this video didn’t even make the GIF or write the song (although she did give credit to the creators), so it’s also an example of a mashup.

If you’re creative, video games are an animation medium. Characters are similar to puppets that you can control using your game controller. This art of staging video game action in real-time and recording it to tell a story is called Machinima. Video games like Halo, Minecraft, and World of Warcraft have been used in this way. Although there are potential copyright issues, it has become a video genre with its own fan base. Picking the right video game to use can create additional interest in your video even if they’ve never heard of you as an artist.

Fans of Japanese animation (anime) like to mix their favorite music with clips from shows they like, creating anime music videos (AMVs). They use their extensive knowledge of the shows to grab the perfect clips to sync the lips or action to the music. Like Machinima, this has become its own genre with its own subculture. Anime conventions even have awards for the best AMVs of the year, giving you an opportunity to tap a huge fan base that are watching the latest AMVs if you create this type of content.

If you play live, every show you perform is an opportunity to create new video content and exposure. Plus this type of video can be useful to share with bookers to generate more gigs. Also, you are not just limited to recording live shows. For an example, see Nicki Bluhm and The Gramblers who recorded live songs while driving in their van between gigs.

Consider letting your fans behind the scenes as you write new music, tour, or record your album. Some musicians actively engage with their fan base this way, answering questions or creating a themed series. Doing so give fans a personal glimpse into you as a musician and builds connections. For example, Nice Peter, the artist behind Epic Rap Battles of History, recorded a vlog which he dubbed “The Monday Show.”

The more quality video you put up, the more your fans can share your content with their friends, expose your music to potential new fans, and ultimately, generate sales of your music and merch.

This post originally appeared on Electronic Musician’s The DIY Advisor column.
Billboard Magazine called Randy Chertkow and Jason Feehan “the ideal mentors for aspiring indie musicians who want to navigate an ever-changing music industry.” Together, they’re musicians who are working on their 21st album, authors of The Indie Band Survival Guide: The Complete Manual For The Do-It-Yourself Musician, 2nd Edition (Macmillan), creators of the 15-hour online course, Making Money With Music (CreativeLive), and regular contributors to Electronic Musician Magazine, including the free weekly web column, The DIY Advisor. They also teach and consult about music business.

Read More
How to optimize your YouTube channel to get more views
Get more views on YouTube by submitting to YouTube music channels
YouTube Cards and End Screens make your videos more effective
Why you want to make a music video
Seven ways to increase YouTube views
How to get your music video viewed 1,000 times in one day
Build a superfan base one video at a time
YouTube for musicians – how to grow your YouTube channel, and other advice for your online videos