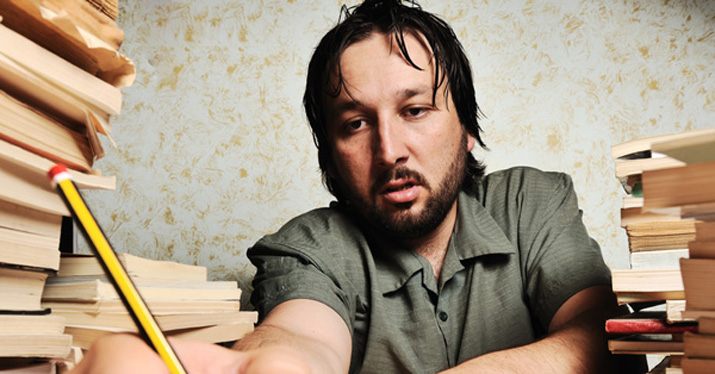 Every successful artist had incredible setbacks. The difference between them and you is that – so far – they chose to rise above all obstacles to achieve music success.

Are you one of the artists who is bitching about the current state of the music industry? Are you constantly going on about how much easier it would’ve been to find music success had you been an artist 20 years ago? I’ve got big news for all of you. Life is not the future, life is not the past; life is right now. Life is what happens while you’re waiting around making plans. Life is not a grind, life is the grind. The trick to life is understanding that you have to love the grind.

The antithesis of loving the grind is living the dichotomy.

Life, and therefore your artistic career, is a numbers game, plain and simple. The more you do, the more opportunities you make for yourself, the more chances you have to gain momentum. You don’t gain momentum tomorrow, you do the work that gains momentum today.

Don’t hide behind society- or industry-created rules, glass ceilings, social norms, and old-school business practices as excuses to forgive yourselves for not delivering on your own dreams. Every artist worth a damn who ends up quitting on his dreams is thwarted by their own doubts and insecurities.

You’re no different than any other artist. You’re no different than your favorite icon. The only variance is your perspective on life. Every successful person faced challenges. At 23 years old, J.K. Rowling was broke, Tina Fey was working at the YMCA, Oprah had been fired as a TV reporter, and Walt Disney filed for bankruptcy. You never saw what they went through to take their place in history. You are only aware of the success.

Here is a behind-the-scenes look at one amazing success story.

Harland David Sanders’ story has nothing to do with music success, but it shows you how any type of success comes to those with a will to make something happen. You are familiar with his brand, and Sanders had quite a life before becoming an icon. 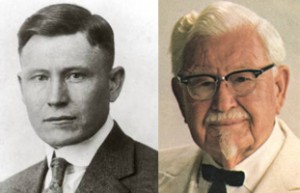 You never see the struggle.

I’ll bet you haven’t had this kind of struggle. Yes, you’ve had your share, but all this? In one life? Do a Google search of your biggest problem and find the famous or iconic people who overcame that same issue. I can safely assume that you have it easier than your favorite (pre-2000) icons did when they were coming up. They would have FREAKED over the targeting power of social media and the Internet.

All of the most successful artists had incredible setbacks, don’t fool yourself. The difference between them and you is that – so far – they chose to rise above all obstacles and move forward to achieve music success.

15 thoughts on “Want music success? You’ve got to love the grind.”