Just like most aspects of the music industry, placing music in video games comes down to establishing relationships. Once you have quality material recorded, the vast majority of licensing happens through a publisher. 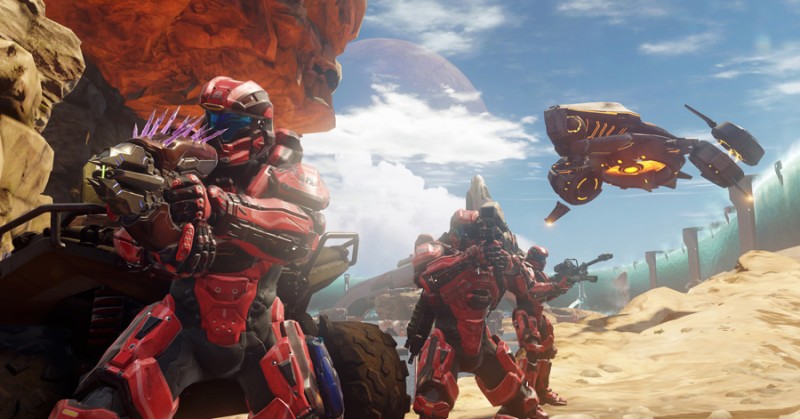 When it comes to licensing their music, most indie artists shoot for the holy trinity of film, TV, and commercial placements — but in recent years, an entirely different market for licensing music has blown wide open: video games.

Whether it’s the latest epic first-person shooter on PlayStation or a cutting-edge spaceship racing game that runs on your smart phone, nearly every game needs music of some sort. Armed with the right knowledge, high-quality tracks, persistence, and a little luck, indie artists can begin to tap into this market.

Here are a few tips from Tom Salta, acclaimed video game composer and producer responsible for the soundtracks to multiple Halo games and other massive hits. Music he created under his artist moniker, Atlas Plug, has been placed in various games, including Project Gotham Racing, Crackdown, and RalliSport Challenge 2.

How would you recommend someone begin if he or she were trying to get music placed in video games?

Do your research, pay attention, and listen to the music that’s already in the kind of games you want to get your music placed in. Identify your targets. You can’t expect the game companies to find you. You have to be the one to find who your market is. Are there any games out there that use the type of music that you make, or want to make? That’s where your networking and searching should begin.

How do you focus your research?

If there are games where you really love the music that’s been licensed, or a series of games where you feel that your music would be well placed, look up the names of the artists who have music on those games and find out who their publishers are. Those are the publishers you want to approach and try to work with. It’s a common-sense strategy, but a valuable and effective one.

So publishers can play a big role.

From my own experience, placing music in video games started and still continues primarily with publishers. However, sometimes, working first through a publisher leads to a direct relationship between the artist and the company licensing the music. Case in point, after my debut Atlas Plug album was released and licensed in several different Microsoft games, I developed a relationship with the head of licensing there. There were times when he contacted me directly requesting an original song to be written that he would license. It’s all about relationships. The vast majority of licensing happens through a publisher, unless an artist already has established contacts and relationships.

If you’re not an EDM, rock, or hip-hop artist, do you have any shot at video game placements?

There’s room for everything and anything that you can imagine — especially now, with all of the independent games on every device imaginable — so don’t rule yourself out. That being said, it doesn’t mean that opportunities are evenly dispersed for all music genres. Obviously, some styles of music get licensed way more than others, but there are openings out there for any type of music. With mobile alone, you can find games that use peaceful, meditative new age music, jazz, and more. My son was just playing a game last night which used classical music. It’s all out there.

Any advice on approaching a publisher to get your music shopped to game studios?

The hardest thing for a lot of us is being able to take an honest, objective look at our own music and where it’s at. The harsh reality is that your music has to be at least as good, if not better, than what’s already getting placements. It takes a lot of work, persistence, and research to find the right people and to get your music out there. Again, don’t expect everyone to find you. Some artists think that if they have a few thousand followers on Facebook and Twitter, the phone will just start to ring, but that’s not how it works. You have to be proactive. Get creative. Market yourself. Stand out from the crowd.

So let’s say you’ve done your research and know which publisher you want to approach. What’s next?

If you really love publisher XYZ — they’ve made tons of placements in video games and you wish that you were signed with them — go and listen to their catalog, particularly the material that’s been placed in big-ticket games. That’s how you should target your music. Those big placements are where publishers make most of their money, so if you can create the same quality or better, they’re going to pay attention.

Should artists try to make music specifically targeted for video games, or just make whatever music feels best to them?

It’s a balancing game. Certainly, artists should be true to themselves, be honest, and not imitate or pretend to be like anybody else. I’m for that. That being said, if you want to turn your music into a money-generating business, you do have to pay attention to the music that is getting used in whatever markets you are aiming for. What’s popular should have at least some influence on what you do. For instance, when I created my debut Atlas Plug album, half of it was aimed at specific stylistic targets that I knew were in demand at the time. The other half was more artistic, without a lot of thought about business strategy. The album ended up being very successful with every single track eventually being licensed in games, TV, and film.

In a previous interview I did with DJ Johnny Juice, he advised to never chase the current sound when you’re making music, because you’ll actually be chasing something that was created years ago. If you’re trying to stay current with music for games, how do you do it?

Now that it’s 2015, it’s a little easier to be on the cutting edge. There are many avenues, especially online, to help you find music that just got released. I highly agree with the sentiment — don’t listen to a Top 40 station and assume that’s where the market is going. Most of that stuff is already two or three years old. If you really do your research, you can find stuff that’s fresh and new, before it hits the Top 40 stations. And, if you identify a sound you want to emulate but it doesn’t truly resonate with you, that’s where it can become critical to have other people you can trust in an A&R capacity to guide you. Publishers can often fill that role.

How should you approach mixing and mastering to optimize your chances of game placements?

In short, the rule is to just make it sound good. It’s very useful for artists to know how to mix but, if mixing isn’t your thing, find someone who can help you. The loudness wars are getting old, so it doesn’t have to be the loudest thing out there. The volume of your track is not going to make or break your chances at a placement, but the overall production and sound quality will. In general, just make sure that it’s mixed and mastered to sound as good, or better, than the competition. If that means hiring an experienced engineer to work on it, do it. It’s worth the investment.

Are stereo mixes enough, or do you need instrumental stems as well?

That depends on what kind of game you’re aiming for. If it’s a driving or sports game, and the music will simply be played in the background or on an in-game radio station — in Grand Theft Auto, for example — then stereo is fine. Stems are typically not needed for game licenses. Perhaps there are some licensing situations out there where stems are requested, but I haven’t come across them. Sports and driving games are the biggest genres where music is licensed and, most of the time, they will just use the stereo track as is.

Be a go-getter. These days, more than ever, you have to create your own opportunities and not wait for people to come knocking on your door. Think outside the box. Diversify your offerings. Ask yourself, ‘What skills do I have that can be a service to others?’ Network. Go to conferences. Read lots of articles on your areas of interest. Look at what the most successful artists are doing and emulate that. I even know of people who have created their own games so they could include their music. Anything is possible.

For more on Tom Salta (AKA Atlas Plug), visit www.tomsalta.com.