Knowing what to do when your act outgrows a music venue presents booking challenges as you try to move to your next logical career level. 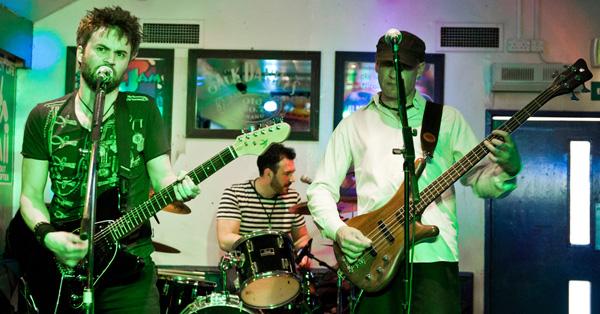 As an emerging artist, it can be difficult to find a music venue or promoter who will take a chance on an unknown artist. When a promoter finally catches on to your act and gives you a opportunity to prove yourself, it is important to recognize his or her efforts. If success finds you, return the favor to those who believed in you when you were first starting out.

As a musician building a career, you need adventurous promoters willing to risk a night in their music venue with possible low ticket and/or bar sales. You need to play that venue numerous times as you build an audience. When your audience grows, the venue reaps some of the rewards of their initial investment. The next thing you know, you’re too big for the venue and begin to seek larger music venues and bigger promoters to keep pace with a growing audience. Now growth is good, but grow with awareness as you move to the next level. What to do when your act outgrows a music venue needs to be strategic as well as ethical.

The truth is, most acts move too quickly. They think they’ve reached a level of success that they simply have not. Carefully assess every step of your success before charging ahead thinking you’re ready to move on.

One mistake many artists make is to leave that adventurous promoter and the smaller music venue way too early.

For example: A band works with a promoter at a 150-seat venue. It’s played there often enough so that now it packs the place. The act begins to think the venue is too small and it’s time to move to a 500-seat music venue with a different promoter.

My advice is to take a step back and examine other options.

Continue to work with the original promoter in the 150-seat club. If you’ve been playing once a while, every month or every two months, try increasing the number of dates per month. If the crowds build, then try two shows on two consecutive nights to test the strength of your audience.

The advantages of continuing to build your audience before moving on to a larger venue are numerous.

1. The promoter is already committed to your act. She has shown her loyalty by taking that initial risk and has maintained a commitment as your music career developed.

2. The promoter knows how to market your act to your audience. He has proven himself over time as your audience has grown.

3. Your audience is accustomed to seeing you in this venue. This is not to say you will never outgrow the venue or that your loyal audience won’t follow you as you move up, but until the time is right for the move, your audience appreciates the familiarity of the known music venue. Often when you change venues, it may take some time for the audience to make the switch. If it is the wrong venue for the act, the audience may never get used to it and may not follow you there.

5. By doing two shows in the 150-seat venue, there is a perception of a growing demand. If two shows sell out, the act has a good chance of negotiating a better deal in the future when it really becomes necessary to move to a larger venue. If the act can document its established track record of sold-out double shows, the risk to a larger venue is much lower.

If we look at this whole concept from an ethical perspective, we can see that it makes sense to present the original promoter an opportunity to reap some benefit from your success. The promoter who gave you your first break and stuck with you through the hard times and the small crowds deserves his or her piece of the pie now that there is something to share. Approach the original promoter first with any ideas for expansion, whether it is a double show on a single night, two consecutive nights, or even if you decide to go to a slightly larger venue. Ask the first promoter if they would like to do the show in a larger venue. Give them the first right of refusal.

The term means that the original promoter gets the first opportunity to either do the date or not. If he refuses to do the date, you can pursue other promoters and venues with a clear conscience. You did not go behind his back or leave her out of a potentially lucrative opportunity.

I believe in leaving doors open as you move through music career. If you burn your bridges as you go, you may be left with very little support when you need it. This business is built on relationships maintained over the years, connections made and nurtured. The first promoter you work with in any city helps build your foundation for growth. Maintain strong ties with past promoters as you build toward your future.

Image by Luis Santos via ShutterStock.com.

Jeri Goldstein is the author of How To Be Your Own Booking Agent The Musician’s & Performing Artist’s Guide To Successful Touring (3rd Edition). Sign up for free weekly audio Biz Booster Hot Tips! Every Monday you’ll get another valuable strategy and technique that you can put to use immediately. You’ll find helpful books, career development seminars, booking and touring strategies to get great Gigs and career coaching, and information on booking tours, the music business, and performing arts – it’s all waiting for you at www.performingbiz.com. © 2015 Performingbiz, LLC.

Read More
Are you building a music career or just filling the calendar?
Expand your audience with opening act and support slots
9 things you should never do on stage
Gigging, touring, and performance contract tips
You’re in the music business, so act like a business person

6 thoughts on “Have you outgrown your favorite music venue?”