A successful crowdfunding campaign requires doing the right things in the right order – and when executed correctly, it can maximize your backers and funding. 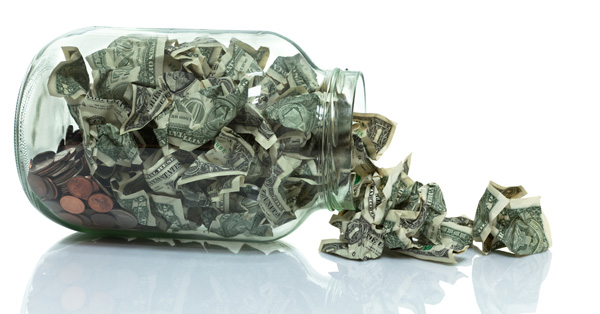 Crowdfunding doesn’t just raise money, it engages your fans beyond simply asking for donations or getting them to buy your merchandise; a successful campaign makes them feel like active participants, captures their enthusiasm, and helps you spread the word.

The key to success relies on organizing your crowdfunding efforts to maximize fundraising. Musicians who dive straight in without following basic guidelines miss out on providing the social proof people need in order to decide to back a project. Campaigns that use the following techniques often generate momentum to move past the initial goal into “stretch” goals that bring in even more funding.

To launch a successful crowdfunding campaign, we suggest you follow these steps in sequence:

1. Choose the right project
The most successful projects are campaigns that your fans will want to be a part of. The more concrete you can make it, the better. Typical projects include albums or tours, but if you can be unique, concrete, and give fans something they would want to see or hear, you will stand out and possibly gain backers just for the novelty.

2. Choose a crowdfunding platform
Kickstarter is the most popular crowdfunding platform, but others like Indiegogo have different rules, such as the ability to use the proceeds from a partially-funded campaign. Each platform charges different percentages and fees, so do the research before you choose the one that makes the most sense for you and your project.

3. Choose the funding goal and at least one “stretch” goal
Your first target should be the lowest necessary to fund your project – make it as achievable as possible. Don’t forget to add in the platform’s cut and factor in any money you’ll spend redeeming your special offers for folks backing your project or you’ll find yourself short. Announce your stretch goal on day one, because it might encourage people to pledge beyond the minimum.

4. Shoot a pitch video
Considering that video is the only real viral media, a compelling pitch video can go a long way toward generating interest in your project, especially for someone who might not be familiar with you or your act. Do research, watch videos of other crowdfunding pitches, and take the best elements from the effective ones.

5. Make a list of promoters
List bloggers, friends, other musicians, and anyone with an audience who can help you get the initial word out. You’ll want to get the message out as broadly as possible.

6. Plan rewards
The right rewards are critical to a successful crowdfunding campaign. Make sure to always have a $1 reward, with incremental increases up to very high-end rewards for your big spenders. Also, make sure that any rewards that have to be shipped or mailed are no less than $25 or else you’ll lose money on each item just because of the postage.

8. Choose your start and end dates
Studies show that, 1) most funding occurs at the beginning and end of a campaign, and 2) four-week campaigns tend to do best.

Your start date should be on a Monday or Tuesday. This allows time for a “soft launch” and provides a few days for your initial backers to pledge before you publicly announce the campaign. Also, plan your end date so it doesn’t fall on a holiday or a time when people would be less likely to be engaged and contribute.

On your soft launch day, ask your initial backers to contribute, but hold off announcing your hard launch to the public and fans until Wednesday afternoon. That way, when they check out the project, there’s social proof that you already have people willing to contribute. It’s no different than dropping a $20 bill into your tip jar before playing at a venue. People are more willing to tip when they see someone has already done it. And if they see a bigger bill, they are more likely to tip with a bigger bill themselves.

9. Launch your project
Launch the campaign on Wednesday at 3 PM in the time zone of most of your backers. Research shows that this is the day and time when the people re-share the most on social media. Wednesday mid-afternoon is when people take a break from work or school and get on the Internet. Use this research to help get the word out about your campaign. Don’t forget that your video is at the center of this – it’s a viral media, and if you can make something entertaining or sharable, you’ll have a more successful campaign.

10. Stay in contact
As the campaign progresses, keep your backers informed. These announcements are aimed at convincing backers to get people they know to contribute, and also should have messages that entice existing backers to contribute more (for example, to help you make a stretch goal you are close to reaching).

Make announcements at these points in the project:

If you have a lot of activity, keep the announcements to no more than once every few days.

11. Close your campaign
Make the final announcements. If you’ve achieved your funding goal, celebrate and thank your backers. After all, each person who has backed you now feels like a part owner of your project, and will want to hear your progress and see the final result. Also, make sure to talk to your accountant. Crowdfunding campaigns are taxable income, and need to be reported to the government.

This post originally appeared on Electronic Musician’s The DIY Advisor column.
Billboard Magazine called Randy Chertkow and Jason Feehan “the ideal mentors for aspiring indie musicians who want to navigate an ever-changing music industry.” Together, they’re musicians who are working on their 21st album, authors of The Indie Band Survival Guide: The Complete Manual For The Do-It-Yourself Musician, 2nd Edition (Macmillan), creators of the 15-hour online course, Making Money With Music (CreativeLive), and regular contributors to Electronic Musician Magazine, including the free weekly web column, The DIY Advisor. They also teach and consult about music business.

6 thoughts on “How to crowdfund your next project: 11 steps to success”