Creativity comes from divergent thinking, and the stresses of work and family life can cause it to disappear and leave you with the dreaded songwriter’s block. 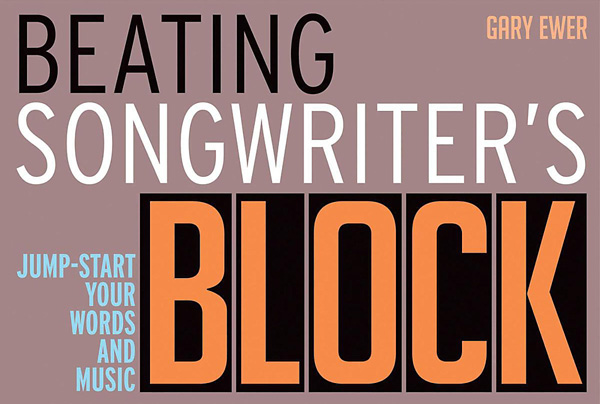 When did you know you were a songwriter? You may have come to it as an adult, but more than likely the seeds were sown when you were a young teenager, maybe even younger. Perhaps it was while learning those first few chords on your new guitar. Or maybe you started conjuring up musical ideas while trying to stave off boredom, practicing for your piano lessons.

Whenever it was, at some point you came to a realization that the ability to create music was within you. And you realized something else: writing music gave you a pleasure that simply playing it could not. You experienced a deep sense of satisfaction and pride every time you completed a song.

As this young musician, you suddenly found a new and exciting way to express yourself, and it was satisfying. Your developing musical mind allowed you to realize that certain sounds, chords and melodic shapes held meaning for you. As your songwriting abilities matured and improved, you found courage to express your musical abilities to others. You started feeling confident to allow others to listen to your songs at high school variety shows, local cafés, and songwriters circles. And this exposed you to the work of other songwriters, which led to changes and a further maturing of your writing style. You found yourself able to take chances, and to express yourself in new and innovative ways.

In psychology, the ability to think creatively is a product of “divergent thinking.” That’s a term that refers to one’s knack for exploring several possible ideas or answers in the processing of information. As we know, thinking creatively often means thinking, saying, doing, and writing things that are unexpected. Certainly to be a songwriter requires it.

Research shows that creative thinking can be significantly damaged by many aspects of what it means to live in today’s busy world: physical and mental exhaustion, the lack of structure in daily scheduling, and excessive drug and/or alcohol use.

The inability to compose songs should not be automatically interpreted as songwriter’s block. Being distracted by family duties, having an oppressive work or school schedule, or worrying about aspects of one’s health are all issues that can keep musicians from being creative.

When we cannot compose because of those types of problems, the dilemma should not be seen as a kind of songwriter’s block, but rather as the direct result of a mental distraction. One could say that once all distractions are resolved, writer’s block is what remains if you cannot write.

It’s normal for anyone involved in the creative arts to have moments during the writing process when they feel stuck, unable to create new ideas. When these moments keep them struggling for a few hours, even a day or two, we would simply say that it’s a normal struggle that happens anytime someone tries to be creative. Most people know this, but when it happens it can be immediately worrisome.

To use an analogy, a day without rain does not mean drought. If, however, that day or two becomes several, or stretches into weeks or months, it is most certainly a drought, and – as with songwriter’s block – it is an issue of severity. Here is a list of feelings and experiences that people with writer’s block suffer, many or all of which you are probably encountering right now:

As you can see, writer’s block is a sapping of a songwriter’s creative abilities and inspiration, made worse by an overwhelming sense of fear.

The term “writer’s block” is, of course, not exclusive to the world of musical composition. All those who create for a living – novelists, columnists, choreographers, playwrights, even visual artists – are painfully familiar with the dreaded term. Almost anyone who must create a work of art, who must generate something original from their brain, knows the sinking feeling of staring at a blank piece of paper with their mind going similarly blank.

If you’re like most songwriters, there will be times when giving the bathroom a good scrub feels more appealing than sitting down to write. So when creative ideas evaporate, and your musical imagination has all but disappeared, what’s going on?

For authors, writer’s block is a well-studied, highly scrutinized phenomenon in the fields of medical research and psychology; in short, very much written about by people with lots of letters after their names. Not so much in the music world, however.

Though research in the specific field of songwriter’s block is a bit thin, research on the concept of creativity is, thankfully, more abundant. Understanding writer’s block, whether talking about an author attempting to finish a novel or a composer trying to finish a song, requires an understanding of the concept of creativity.

Researchers know that the ability to think creatively is part of being human, and has little to do with background or personality. Perhaps one of the best descriptions of what it means to be creative comes from Teresa Amabile, a professor of business administration at Harvard Business School and a researcher in the field of creativity, who depicts it with three intersecting circles representing three different elements: expertise (knowledge), motivation, and creative-thinking skills.

As a songwriter, the “expertise” part of that formula is easy to grasp: it is the understanding of the basic mechanics of how music works. Motivation is the enthusiasm you feel for songwriting as a personal activity. But it’s that third component, the “creative-thinking skills,” that is the trickiest one to delineate.

Keep in mind that Amabile is writing with her business school hat on, addressing managers of businesses and organizations, not songwriters. Nonetheless, her definition, “Creative-thinking skills determine how flexibly and imaginatively people approach problems,” makes one thing clear: creative-thinking skills will not be something that can be easily quantified. And if we cannot quantify them, that makes an accurate understanding of what it means to be creative a bit sticky as well.

Home-remedies – these “here’s-what-I-tried” kind of solutions, might not satisfy you. Perhaps you need better solutions, ones supported by research, and ones that can, if possible, represent a more permanent cure. If you really want songwriting to return you to that feeling of joy you once experienced, a solution needs to accomplish two things:
1) cure the block you’re experiencing today; and
2) teach you strategies that will make the more debilitating forms of writer’s block a thing of the past – permanently. It’s no good curing songwriter’s block if you sense that it could return again at any time.

A quick and permanent solution should be the aim and desire of every songwriter.

Discouraged, and can’t seem to get back in a good place, psychologically? Research has shown that the simple act of remembering the good times can have a positive effect on your mood, and may be all you need to return you to a positive frame of mind. Dr. Leslie Becker-Phelps, Ph.D, suggests something unique for doing this: when you’re feeling great, write a letter to your discouraged self as if you’re a supportive friend helping someone through a tough time.

Tell yourself that you know what it’s like to feel discouraged with your songwriting. And most importantly, remind yourself that the current songwriting drought has been solvable before, and will be solvable again. Then seal the letter and put it away. When the time comes that you feel the grip of songwriter’s block, take the letter out and read it. It will feel like a vote of confidence and encouragement that will quite possibly get you back on the right track.

10 thoughts on “Songwriter’s block: where does it come from?”