Trends in piracy and vinyl record sales are converging as trade groups in the music industry adapt to the shifting landscape by coordinating a global album release day. 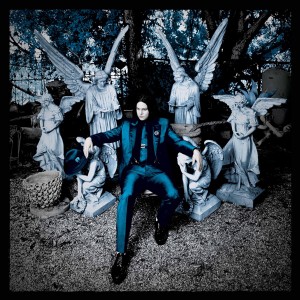 On July 10th, the record industry adopts Friday as its new global album release day. In an effort to combat piracy, retailers and music labels have agreed to coordinate globally, in part to suppress the sharing of albums once they’re purchased. According to the New York Times: “…after months of heated negotiations, the music industry’s global trade group has decided on Fridays as the official release day for new albums, everywhere. According to the trade group, the International Federation of the Phonographic Industry, this will reduce piracy and align listeners around the world.”

Many retailers, indie and big box stores alike, have expressed concerns over the choice of Friday as the global album release date. The inability to re-stock a popular title over the weekend, as well as limiting the reporting of first-week sales to a mere three days (reports track through Sunday in a given week) are cited among the chief objections. Target stores even reportedly threatened to drop carrying music altogether due to the Friday release date, though Target issued a statement denying this and reporting that they have no intention of dropping music from their shelves or their website. Target did refuse to sell Beyoncé’s fifth album, Beyoncé, which was released as a surprise on a Friday at midnight back in December 2013.

In a bid to maintain the US’s current Tuesday release day (England’s is Monday) and to capitalize on the success of Record Store Day, the American Association of Independent Music (A2IM), has announced Vinyl Tuesdays. According to Associations Now: “The goal is to maintain and grow physical retail while giving music fans more compelling reasons to support this important part of the music-business community.”

Things continue to shift and settle in the age of digital music delivery. For now, you can mark your calendars for Tuesdays and Fridays for new music – at least in the form of major releases from the major labels.