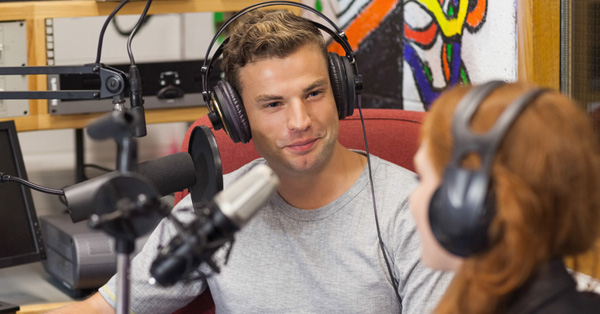 A music publicist breaks down seven basic tips to help you stay focused and confident and help you learn how to give a good interview to media or radio.

As a music publicist, I’ve worked with a lot of bands and musical acts, from many different levels of success. In more than a few cases, I’d say the artist’s interview skills could have used a tweak or two. Allow me to share some interview tips that will not only get you more comfortable, but will make you way better at giving interviews and help you better understand how to give a good inerview.

1) Know your history
Make sure you have all the basics about your own career in the front of your mind before you start doing interviews. Go all the way back to refresh yourself on when and why you started doing what you do, how you met your band mates, the first songs you wrote, the first gigs you played, etc. If you have trouble recalling the essentials, you’ll be stumbling out of the gate, and you don’t want to end up sounding like a chucklehead.

When you become an established act, the ability to articulate your history will become even more important because music journalists will be able to Google reams of information about you before an interview and can catch you off-guard with obscure questions.

2) Be yourself
Lots of people already think being a performer is about the most ego-based decision someone can make, so be sure to keep the arrogance in check. Even if you think the questions are lightweight and tedious (which they often are), don’t give the interviewer that impression. Keep your enthusiasm up and be respectful, whether you’re big or small. The journalist often doesn’t need to be talking to you, so appreciate the opportunity even if you’re bored to death.

3) Don’t waste time
There was an acclaimed artist I once worked with who just couldn’t stop talking about comics and sci-fi. That made him awesome to hang out with, but he short-changed some interviews because of this. Several times I had writers ring me up to set up a second interview because they didn’t get all their questions answered the first time around.

You may feel like buddying-up and getting chatty with the journalist, but don’t distract from the agenda – they will end up with less to work with, which can result in a watered-down story. The clock is ticking, so limit the personal interest talk and tangents and stick to what you’re promoting.

4) Stay “on message”
Before you give an interview, decide in advance the point you want to make and drive it home. The best example of this is a politician running for office. They give up only what they have to regardless of the question. Your mindset should be that the journalist is there for YOU to use, not vice-versa.

5) Less is more
Anything you say to a journalist can be used. Be as succinct and direct in your answers as possible. The more you digress and wander in your responses, the more information you offer, and the more likely it is that your quotes will be taken out of context.

6) No dirty laundry
If you have issues with former band mates, other bands, your manager, your record company, or most anyone else – keep it to yourself. You may think you’re undermining the other guy, but it almost always backfires, often making YOU look like the jerk.

Want a worst case scenario? One time I had an artist who used an entire interview with a national magazine to bad mouth the label. The writer called me up to tell me what happened and that the interview was unusable. The feature was lost. I told the A&R guy, who then told the big boss. Later that day the artist was dropped.

Seek your justice behind the scenes or use your songs as the rage outlet. The media is for promoting your works, not your feuds.

7) Be confident
A journalist is not your friend, priest, or therapist. He or she is not there to validate you to other critics or the public at large. Don’t seek reassurance from them, don’t try to impress, and don’t apologize for anything. Stay in control, take charge of the conversation, and remember that the interview is a means to a promotional end for you.

Also consider that the impression you give is more than likely the impression the journalist will take away, which is especially important as the journalist always has the last word. Decide your message and implement it, and most of all, don’t sweat your interviews. If someone is interested enough to want to talk to you about your music, have some fun, and don’t ever take anything in the resulting coverage personally.

Jason Consoli is a veteran music publicist with almost two decades of record label and music marketing experience and currently runs his independent operation, Perpetual Media Relations. Artists he has worked with include LIGHTS, Depeche Mode, Guided By Voices, Bush, Mindless Self Indulgence, Gil Scott-Heron, The Polyphonic Spree, Geezer Butler (Black Sabbath), The Brian Jonestown Massacre, Echo & The Bunnymen, and many others. Reach out to him at PerpetualMR@gmail.com and connect with him on LinkedIn.

4 thoughts on “How to give a good interview”