Whether you’re looking to land a job in the music industry or get your music placed in film and TV, understanding the role of a music supervisor can help your music career. 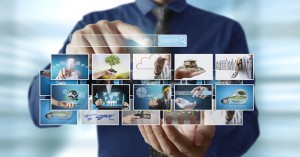 A music supervisor’s job is to find, place, and link music with multimedia based projects (film, television shows, video games, documentaries etc.). Some supervisors run their own private practices while others work for large, well-established media companies like HBO, A&E, and Paramount Pictures.

A music supervisor’s job is generally to converse with the movie directors, producers, or the creative team to get a clear understanding of what type of music is needed for a project. Sometimes the producers or directors may already have a list of songs they want, and other times they just know the overall mood and emotions they’re looking to evoke.

The next task is to find the music that fits the demands of the project and begin negotiating the terms of the license with the parties that hold the publishing rights. In many instances, it is not uncommon for the music supervisor to go out and hire musicians and composers to get the job done.

The last part of the process is the final approval, which could take weeks, months, or even a year or more. Final approval of music isn’t complete until the film is complete. Sometimes the film industry is kind enough to start the search for music while the film is still in production, and other times… not so much.

Stuck in the middle

Music supervisors are the middlemen when it comes to the negotiating process and need to balance the expectations of the people seeking the music and those who produce it. Often, composers, artists, and music producers believe that film and TV production companies can afford to pay top dollar for music, or see this as an opportunity to land a big deal, so they get greedy and overcharge.

What is not often understood is that, even though a company may have a $12 million budget, only a small fraction of that is set aside for music. Actors, writers, makeup artists, and everyone else involved with the production are all being paid from the same budget. It’s the supervisor’s job to find a happy medium for all parties (project and music creators) and make the deal work.

This is not always an easy task. On top of negotiations, there are deadlines that have to be met, which adds even more stress to the equation. Paperwork, contracts, price negotiation, duration of use, etc., has to all be done within a small time frame (most of the time).

How music supervisors get paid

Most music supervisors are paid a flat rate for their services – which can range anywhere from a few thousand dollars to hundreds of thousands of dollars, depending on the scope and budget of the project and how successful that project ultimately is.

There are also times when the supervisor can negotiate his or her own royalty payment structure, in which they receive a negotiated amount or percentage of the placed song once the project has passed its expected numbers.

So you want to be a music supervisor?

Like any other career in music, there isn’t just one way to get there. In order to be a successful music supervisor, you are going to need to understand a great deal about music licensing as well as bits about each industry that uses music. It always helps to take some music business classes and get some experience under your belt.

Networking and making connections in the music industry is vital. One thing I would suggest is not waiting for someone to hire you. If you can get an internship, you can shadow someone and really learn the ins and outs of the whole process.

I’d also suggest you get out in the field, start finding your own work, and build your portfolio early – even if this means accepting low paying jobs and working with independent companies. Once you get your foot in the door, you can find a path to bigger and better opportunities.

Greg Savage is an entrepreneur from California who makes a living producing music and sound designing for various companies without the use of a record label or manager. He started DIY Music Biz because he wanted to create a reliable resource for musicians, producers, composers, and artists that would be useful regardless of their success or skill level. Topics covered on DIY Music Biz include: Marketing Music, Music Licensing, Sound Design, Gear Reviews, Personal Experiences, Income Generation, Case Studies, and much more.

2 thoughts on “So you want to be a music supervisor?”