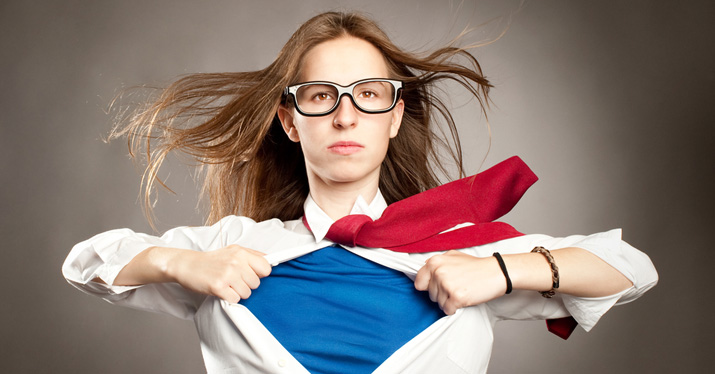 Through co-creation and other audience participation efforts, you can strengthen your relationship with your fan base and create an army of super fans.

Audience participation has always been an integral part of music: fans have always sang and clapped along with their favorite songs as the artist performs on stage. Artists today are taking participation a step further, understanding that inviting fans to play a role in the creative process can lead to a deeper level of engagement and the creation of super fans – fans who not only follow an artist, but purchase every album, buy lots of merch, and evangelize endlessly for the band. Bands sitting at the top of the Billboard charts, as well as artists with a much smaller following, have realized that when fans feel a sense of ownership, they are more likely to support the musician’s artistic endeavors.

From online contests to inclusion in live performances, possibilities to incorporate fans in the creative process are nearly endless, but we’ll share a few examples that demonstrate exactly how artists are involving fans as partners. To varying degrees, these performers are boosting fan engagement to much higher levels and creating a host of super fans. 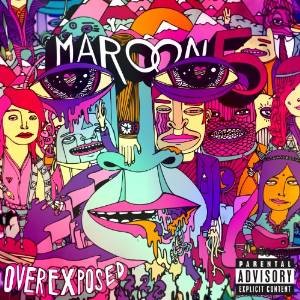 Maroon 5 is a superstar band that has employed audience engagement tactics throughout its career, most notably with The Daylight Project. The band released their hit single “Daylight” on their album Overexposed in 2012. Later that year, Maroon 5 announced The Daylight Project, a collaborative effort with their fans to create a music video to accompany the track. Fans were invited to submit videos expressing what they love and hate in life and give them a chance to share their life story with the world. The final product, a nine-minute music video directed by Jonas Akerlund, featured fans covering “Daylight” and conveying aspects of their lives. This project allowed fans to speak from the heart about what was important to them and within the first 24 hours after release, the co-created video generated more than 500,000 views and has now gone on to earn more than 17 million views.

The Daylight Project is also a perfect example of how the band bridged the so-called “fourth wall,” the perceived gap between the superstar members of Maroon 5 and their audience. Often, superstar bands tend to limit interactions with their audiences other than from the stage high above the arena floor. Popular bands often seem inaccessible, making their fans feel as if they are viewing the band from a distance. While an artist’s active use of social media can help reduce this perceived gap, The Daylight Project provided a creative option to involve Maroon 5 audiences in helping the band create new art. The band’s fans felt included and appreciated when asked to participate in the creation of a music video for “Daylight.” And while the attention that The Daylight Project got was in part due to the high profile Maroon 5 already had, any artist can borrow the strategy of asking their fans to comment on something that the audience finds important or meaningful and then incorporating the fan-generated content into a new work. Maroon 5 demonstrated an imaginative course of action to include audiences!

The Cat Empire – For One Night Only 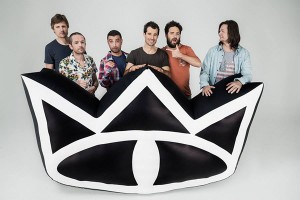 In 2014, the Australian band The Cat Empire led a campaign titled “For One Night Only.” The band encouraged fans to submit a video audition featuring them performing any type of music on any instrument. The only restriction was that the video was two minutes or less. Each audition video was posted to the band’s Facebook page where fans, even those not blessed with the talent to play a musical instrument, were asked to participate in the project by commenting on the videos. The band chose one winner from each state, taking into consideration the comments left on Facebook. The winners were given the opportunity to play one song with the band at The Cat Empire’s concert in the winner’s respective state. The band provided their audience with a multi-level engagement: not only were the more musically inclined fans given an opportunity to play on stage, but all fans were presented with the opportunity to assist with the important decision of which musician won the contest.

The Cat Empire employed social media with their contest, but also involved face-to-face interactions with the lucky, and talented, winners. Incorporating social media, like Facebook, to solicit audience feedback is an easily accessible tactic to include audiences in certain artistic decisions. The Cat Empire received hundreds of competition entries from each Australian state, but a similar competition on a much smaller scale could also generate support for local bands embarking on a regional tour of clubs, coffee houses or even house concerts. 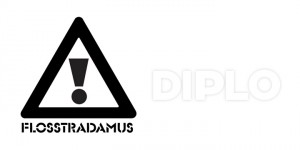 Trap artists Flosstradamus and Diplo are both self-made stars and understand the importance of building and sustaining strong ties with their respective audiences. Flosstradamus, comprised of the duo J2K (Josh Young) and Autobot (Curt Cameruci), started out in Chicago, while LA-based artist Diplo (born Thomas Pentz), grew up in Miami, but while a college student in Philadelphia, started DJ-ing and releasing mixtapes that drew attention to his talents. Both Diplo and Flosstradamus have a DIY mentality and often conceive projects that will involve their fans.

In October 2014, each of these artists uploaded a free track to SoundCloud for their fans to rap over. Flosstradamus announced a contest for rappers to spit over their track “M.F.U.” on October 4. Entries posted to Twitter accompanied by #HIDELIFE were then reviewed by J2K and Autobot to determine the winner, who had their version of the song announced on the group’s website and social media and posted to their SoundCloud page. The winning entry (by rapper ProbCause) now has over 400,000 plays on SoundCloud!

While Diplo did not hold a competition, he still granted fans an opportunity to express themselves by releasing the free track “Everyday” on October 14 with the suggestion: “rap on this.” The track has been listened to 5.7 million times so far showing the reach that his invitation has had. There were dozens of remixes submitted to SoundCloud, most notably a very creative remix by p.keys, earning nearly 30,000 plays, demonstrating that co creation can generate visibility for all involved artists.

Both Diplo and Flosstradamus provide aspiring artists a chance to demonstrate their talent by supplying free tracks for fans to employ. Purely digital collaborations are very convenient; Diplo and Flosstradamus simply uploaded tracks that were free for fans to utilize, that’s it. The contest held by Flosstradamus was also a fairly simple process. The prize was name recognition; the reward cost the group nothing but the time it took to review submissions. Audiences perceived these tracks as gifts and were thankful that the artists supplied the raw materials needed to take part in creating a new work of art. Those who participated likely shared their co-created work with their own circle of friends, widening the net for both Flosstradamus and Diplo to enhance their own visibility. 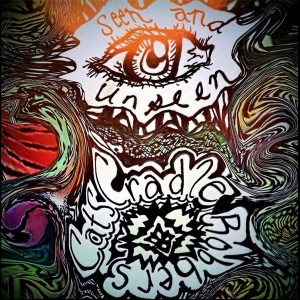 Seattle’s Cats Cradle Robbers engaged their audience by asking for assistance in completing their latest album, Seen and Unseen. First, the band offered the opportunity to get involved in the creative process by holding an album cover contest. Artwork posted to Instagram or Twitter were entered for a chance to be featured. Additional perks of winning the contest included five free digital downloads of the band’s album. Shortly after selecting artist (and fan) Carlie Reilly as the winner of the album artwork competition, Cats Cradle Robbers then launched their remix contest. The band has made the first track from Seen and Unseen, “Laudanum Escape feat. Eliza Heery,” available for remixing by sharing Ableton files on their blog page. The deadline for submissions is May 31, 2015, and the winners will have the opportunity to be featured on one of Cats Cradle Robbers upcoming albums.

The two contests set up by Cats Cradle Robbers not only save the band money, but they generate a stronger relationship with their fans. Instead of hiring someone to produce the album artwork, they received dozens of mock-ups for free, then paid the winner with album downloads and name recognition. Like Flosstradamus’ contest, the Cats Cradle Robbers’ remix contest offers fans an opportunity to explore their artistic side by providing the building blocks for fans to then creatively reassemble into a new work based on the original. Cats Cradle Robbers is a textbook example of an artist who employs Facebook, Instagram, SoundCloud, Splice.com, and the Indie Nation Blog to effectively spread the news of their upcoming online collaborations.

Ben Folds – Not The Same 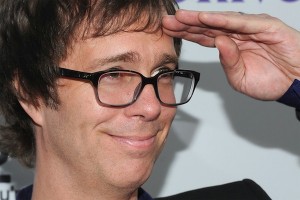 While audience engagement via social media interaction is an effective means of co-opting and connecting with your audience, the ability to offer fans a highly memorable and engaging experience in concert can be pivotal to an artist’s long-term success. Artists on a stage engaging their fans is nothing new, but singer-songwriter Ben Folds has taken audience participation to a new level. When he plays his single “Not the Same” on stage (either with a full orchestra or on his own), he partners in the audience, teaching fans to sing the background vocal part, then conducting and including them in the performance.

From the audience perspective, this is a chance to sing with Ben Folds, a chance to participate in the creation of his original music that fans will be buzzing about after their “gig” with him. Traditionally, fans participate at concerts by drunkenly singing along, or swaying their iPhone side to side with their lighter app open. Through his series of pops concerts, which he has dubbed the “Orchestra Experience,” Folds has provided an unforgettable experience for his fans by encouraging them to take part in the performance.

Final thoughts
Sharing the means and method of artistic creation with your audience is useful no matter what size following you have – and co-creation doesn’t have to be expensive either! Gaining inspiration from the bands profiled here can be your start to finding co-creation and participatory opportunities to engage with your fans on a deeper level. Once they engage in that process with you, they’ll be even more supportive. For artists, building a connection with their audience is vital, and one of the best ways to establish a meaningful relationship is to include fans in the music-creation process.

Keith Hatschek is a regular contributor to Disc Makers Echoes blog and directs the Music Management Program at University of the Pacific. A new edition of his music industry career book, How to Get a Job in the Music Industry, has just been released by Berklee Press/Hal Leonard.

Melissa Ewing is a musician and marketing assistant at Popejoy Hall at the University of New Mexico.

Read More
Build a superfan base one video at a time
Five things you can do to be better at social media marketing
A study in record production: Miranda Lambert and Beck
Don’t Be Afraid of Your Own Crazy Ideas
Hosting music networking events

4 thoughts on “Engage your audience and create super fans”