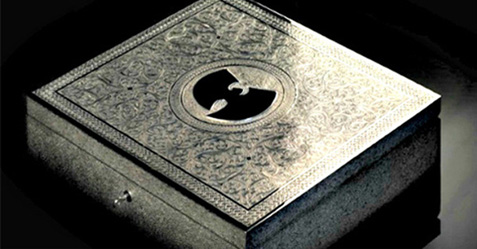 These eight examples of creative music product pricing might just change the way you think about pricing your merchandise and services.

For many young and developing artists, music product pricing is usually the process of arbitrarily coming up with a number, slapping it on your product or service, and forgetting about it. However, as illustrated below, pricing is something that can be far more strategic. While you won’t be able to pull off all of the following strategies, these eight examples will get you thinking about price like never before.

As concerts are costing anywhere from $65 to $150, and as much as $300 to $1,250 on the secondary market, Kid Rock charged a low $20 for his “$20 Best Night Ever” tour. By taking the exact opposite approach of what other artists were doing, Rock created quite a buzz among fans and the media. In fact, the strategy apparently worked so well, rock is repeating this idea on his US city tour to support his album, First Kiss.

Upon release of its double album Once Upon A Time in Shaolin, Wu-Tang Clan announced that it would release only one album (i.e. one single unit) that fans can pay to hear in art galleries, museums, and festivals. Since people, in general, love exclusivity, the group received bids for the album for as high as $5 million. The concept was that music should be treated as a valuable and respected piece of art, not something people download at no cost. Clever!

3. Nipsey Hussle does an impressive hustle

Unsigned rapper Nipsey Hussle pressed 1,000 units of his album Crenshaw and sold them at a price of $100 each. Under a campaign he entitled Proud2Pay, customers were also rewarded with concerts, priority access to new material, and one-of-a-kind gifts, such as an old rap notebook or signed photo. Nipsey’s intention was not necessarily to sell out the units to his target audience, but to attract the attention of a few big wigs in the music business. And it worked! Jay-Z swooped up 100 copies of the rappers music.

On his Planet Earth album, Prince cut a deal with British tabloid The Mail on Sunday, distributing three million copies of his record in its Sunday edition for free (all it cost was the $3 price of the newspaper). Prince was paid a flat fee by The Mail, The Mail made money from all the advertisers that wanted the extra exposure, and fans got a free CD. Everybody won.

Notoriously outspoken music trailblazer Trent Reznor of Nine Inch Nails offered his recording, titled The Slip, for free – in exchange for an email address. On the same day, he also announced his next Nine Inch Nails tour at a top price. Coincidence, or sneaky marketing ploy? Whichever it was, the tour sold-out quickly.

Prior to the official release of their recording, In Rainbows, the alternative rock band Radiohead offered its music for a donation price for a limited time – meaning fans decided what they thought was a fair price for the album and paid what they wanted. At the time, this was a rather unique strategy that stimulated a great deal of buzz for the band.

Tenhi, from Finland, released its entire back catalog in one vinyl boxset. The set included 10 records in a wooden box; a 160-page book with lyrics and personal pictures; a poster with all the band’s album artwork; and a numbered, hand-signed authentication certificate. It cost $200 and only 500 copies were released. One fan explained why this was a “got to have” offer despite the high cost: “I can listen to all the tracks for free on Internet sites like Spotify, but nothing compares to being one of just a few fans that own this beautiful collection.”

The punk/metal band Clepto offered a special promotion immediately after their live performances where fans could “haggle for the best price” on merchandise with a band member. Note that this also reinforced the band’s Saudi Arabian roots and desire to brand their merch booth after an Arabic Souq (i.e., a Saudi Arabian market). This move created a lot of excitement at the merch booth and led to a significant number of sales.

So what music product pricing strategies will you try? What have you done that bucked tradition and worked? Please share in the comments section.

A renowned drummer, teacher, consultant, and Disc Makers contributor, Bobby Borg is the author of Music Marketing For The DIY Musician: Creating and Executing a Plan of Attack On A Limited Budget (September 2014, Hal Leonard). The book is available on the Hal Leonard website, Amazon.com, or at BobbyBorg.com.

The contents of this post are © 2014 by Bobby Borg BobbyBorg.com. All rights reserved. Not to be posted, printed, or used in any other way without proper attribution to Bobby Borg and Disc Makers.

Related Posts
7 creative ways indie artists can spend their money (when they’ve got money to spend)
5 secrets of the successful indie artist
Connect to your fans with a compelling story
If you ain’t measuring, you ain’t marketing
How to measure success (with key performance indicators)