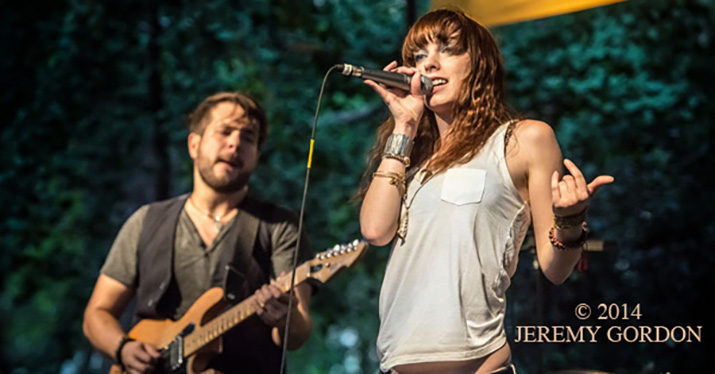 Sasha Brown of Sister Sparrow & the Dirty Birds had set an appointment to get music instrument insurance. Two days before the call, $11K worth of instruments were stolen out of the band’s van. Talk about bad timing.

Andre Calilhanna chatted with Sasha Brown, guitarist and general go-to guy for Sister Sparrow & the Dirty Birds, about a recent experience with a break-in, theft, and almost having music instrument insurance in time.

Tell me the story about what happened when your instruments were stolen.
It was around Thanksgiving, we parked our van in Brooklyn after playing a hugely successful show at Irving Plaza in NYC – we’re a Brooklyn-based band. We woke up four hours later to get back in the van to drive down to play a show in Maryland and discovered the break-in and the loss of $11,000 in equipment. After playing for an amazing hometown crowd, to be faced with that situation first thing in the morning was a cruel reminder about how trying living in New York can be. It was, in fact, on my street, in a neighborhood that I’ve lived in for 10 years that everyone had considered safe, family-oriented, and close-knit. It was definite a wake-up call.

I hear you had started an application with MusicPro for music instrument insurance, but at the time of the theft, you hadn’t completed it.
At the time of the break in, we were just coming to the end of what was basically a six month period of non-stop touring. We’d always thought about getting insurance, but had put it off because we thought we were too broke to afford it or just because there’s always a thousand things to get done when you’re in a band and it didn’t seem to be a top priority.

Running a small business out of a van can be a very challenging environment. It’s a lot easier to get things done when you’re at home and not having calls dropped on your cell phone as you’re winding your way through the mountains on the highway. But after hearing a couple horror stories from other bands, we’d moved getting insurance to the top of the list. I had a call scheduled with MusicPro for the next Monday, which was two days after our break-in and would’ve been our first day off at home since getting back from tour. Unfortunately, it just wasn’t soon enough.

Tell me about the period of time just after the equipment was stolen. I assume you had to scramble to keep your schedule going?
We had to cancel the show that night that we were scheduled to play, mostly because it took a long time to get everything sorted out with the police and we weren’t allowed to touch anything until fingerprints had been taken and vehicle insurance adjusters came out. Given the value of everything that was stolen, it was a procedure we had to comply with and there was no way around it. Thankfully, we didn’t have to cancel any other shows – we borrowed instruments or used others we had. We made up that canceled show two months later and thankfully they were very understanding of the situation.

Were you able to recover any of the stolen equipment?
Unfortunately, no. We cast an extremely wide net – every music store, pawn shop, and any other retailer we could think of within hundreds of miles of Brooklyn was contacted. Photos and serial numbers of all the instruments and accessories stolen were provided to them as well as the detective working our case (since it was technically grand larceny and therefore a bit of bigger deal than a typical car theft). Every online store was contacted as well, and we registered instruments with every online registry that exists. And then every morning for months we’d wake up and scour eBay and craigslist.

I thought I spotted a potential match of one my guitars that went through an eBay reseller, but when I contacted the owner, he basically stonewalled me and long story short we couldn’t really do anything about it. One of my guitars that was stolen was a “parts-o-caster” put together by a guitar builder in NYC and didn’t have any markings or a serial number. Learned my lesson there about having an unmarked instrument.

I would be remiss if I didn’t mention how amazing the response was from the entire music community (venues, other bands, other musicians), and in particular, our fans. Our posts about the break-in went just about as close to viral as we could imagine – people from all over the country knew about it within hours. I still get fans coming up to me after shows who heard about the break-in. And we hadn’t ever considered fundraising to help us purchase new instruments, but we got a huge wave of emails from folks who insisted that they wanted to contribute to help us purchase replacement instruments. It was truly a heartwarming moment and we are still so incredibly grateful for everyone’s generosity. We were absolutely blown away by the outpouring of support.

So you did a crowd-funding campaign to help replace some of the stolen instruments?
We weren’t going to start a crowd-funding campaign because we had done one to raise money to purchase our van and didn’t want to overstay our welcome with our fans. But we kept getting inundated with requests from fans who wanted to donate to help us purchase new instruments, make repairs and security improvements to the van, and pay for a safe place to park when we were home in Brooklyn. So I wrote this blog post and then we put up a PayPal button that allowed fans to donate directly to us.

As I wrote in that post, our rule was to never leave instruments in the van, and as a band that has played hundreds of shows across the country for the past few years, it is a rule that we’ve always lived by. We let our guard down in thinking that the van would be safe for the six hours that it was to be parked, and we paid the price for that. Even though we were victims of grand larceny, our lapse in judgment was humiliating (and infuriating).

I assume any car insurance (or homeowner’s insurance) band members had didn’t cover the loss?
Correct. I make it a point to go around telling my musician friends that they must get musician’s insurance, because whether it’s renter’s insurance or property insurance tied to your vehicle, if the insurance adjuster finds out you use the instruments “professionally,” they will deny your claim. I’ve seen it happen (and both my renter’s and vehicle insurance companies have confirmed this policy as well). The way insurance policies are, they generally don’t tell you all the exceptions to the coverage. They will say, for example, that renter’s insurance covers your possessions (including instruments) in your home, but being a professional musician precludes you from coverage on your instruments.

I’ve had other artists tell me working with MusicPro was an unexpected pleasure in the midst of what was otherwise a pretty awful experience.
You know, when I picked up the phone for my scheduled call with MusicPro a couple days later, a woman picked up the phone right away, and the second after I said my name and what band I was in, she interrupted me to say she was already familiar with our band and with the break-in because she was out on Long Island. She was such a pleasure to work with, and within an hour we had an insurance policy in place. She was an angel. I called her quite a few times after that with questions about the policy, and I always got her on the phone right away and she was extremely helpful and patient with me.

Have you had any other instances where music instrument insurance has helped you along? Or maybe other instances where it would have been nice to have it?
Absolutely! Most days I’m handling various tasks for the band on my laptop for a good portion of the day (if not 12 hours). Last year, I totally fried my motherboard. I was about to give up and see if I could put a laptop on my credit card when I remembered I had put my laptop on our policy with MusicPro. One quick phone call later, our rep explained that the repair (which required a complete replacement of all the computer guts) was completely covered and that they’d cut the check to me right after receiving an invoice. I didn’t have to deal with a computerized phone system or a giant customer call center once. It was such a breeze. It made me really appreciate the service they provide.

MusicPro Insurance was formed with a single charter: to provide convenient, affordable insurance to meet the needs of working music professionals. If you make a living or earn money from playing, teaching, composing, studying, or recording music, what could be more important than protecting the tools of your trade? Connect with the MusicPro community on Facebook.