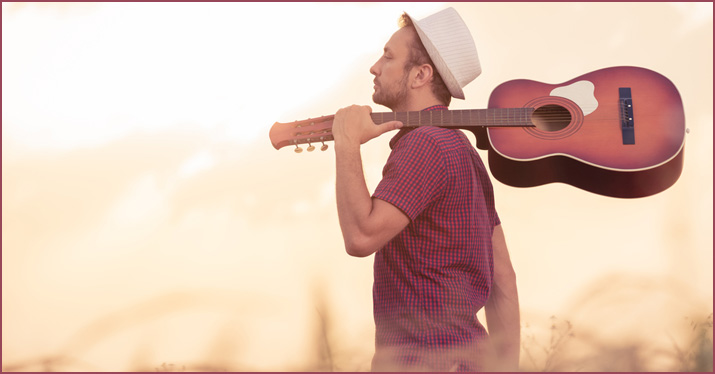 Success in music comes from a balanced approach to creating a quality product, networking, and promotion. It helps to have a team assembled to tackle each task.

The concept of DIY has been evangelized, refuted, and defended as the way to achieve success in music in today’s music industry. No matter what your opinion is regarding the do-it-yourself ethos, there is one thing that should be universally accepted: do-it-yourself doesn’t mean you are a one person machine.

Every successful musician or band has an organization of people that is relied upon, and each team member plays a critical role in all successes and failures.

The musicians involved are obviously the hub of the organization, and it should go without saying that the first and most important aspect of having a success music career is producing a quality product. If the music isn’t good, everything else will fail.

But even if the music is great, there is no musician on earth who has just found success in music without making an effort to promote and bring his or her music to a larger audience. Behind every successful musician is a team of people who have propelled that artist forward.

As you continue to work out what makes your music great, consider the following types of people for your team. Many of these tasks may in fact be performed the same person, or you may need to seek out a different person for each. To succeed, you must have the following profiles playing a part in how your organization operates.

The artistic sounding board

Nirvana had Butch Vig for Nevermind. Radiohead had Nigel Godrich for OK Computer. Eminem had Dr. Dre for The Slim Shady LP. The Black Keys had Danger Mouse for Attack and Release.

The list goes on an on. The first key to most artist’s breakthrough success in music was having someone to bounce ideas off of; a third, qualified party to enter the equation and act as an artistic sounding board, giving those too close to the project a fresh set of ears to lend to the decision making process.

There are cases where someone has such a raw artistic vision that they can pull off a project from beginning to end without the input of someone else to help shape the direction. But more often, especially for a new artist or a first-time recording project, having someone with experience and a vision for the final product is a benefit. Whether this person is a producer, manager, or collaborator, having someone who’s opinion you trust and who will give you honest criticism can go a long way toward producing a better product.

There is one cliché that is worth tattooing on your forehead: it’s all about who you know.

Success is often found within your network of people. Whether you are looking to be signed by a major or indie label, pursuing a tour opportunity to fill in as a supporting act, or seeking the right producer to propel your vision forward on your next recorded project, you need someone on your team who knows how to network, seek out relationships, and maintain them.

Networking opportunities are plentiful and yet are often overlooked by musicians who are waiting to be “discovered.” Conferences, festivals, showcases, shows, mixers, – these are your chances to showcase and network, and having someone on your team who likes to mingle and knows how to represent you and get you connected to the right people is key to getting to know the people you need to know.

Though there are thousands of books and blog posts and sources for advice, but let’s make something clear: marketing is not easy.

It is a skill that people spend an entire careers honing and perfecting. Not everyone has what it takes to create a strategy that simultaneously communities, engages, and sells to an existing fan base, while also expanding awareness that works to drive new fans.

If you are this person, great! You don’t need to find someone (or pay someone) to do it for you. There are many musicians who have found social platforms such as Facebook, Instagram, Twitter, and YouTube as an easy outlet for creativity that helps to move the dial and achieve their goals.

There are many more who stare at the screen, and a blank page, with discouragement and despair. If you are this person, go seek out someone who has a creative vision similar to your own, but who can translate that creativity into a strategy that builds your fans base and drive further loyalty of your existing fans.

A marketer is someone who builds awareness, starts conversations, and drives conversions. A sales person is a closer.

These can be the same person, but not necessarily, and is something you need to consider. The sales person will help you to develop your revenue streams, and navigate pricing and contract negotiations. Often this person will be a manager, but could also be a touring manager and/or booking agent. You need someone on your team who is able to go into opportunities with a goal in mind, a strategy to develop the conversation, and most importantly, an ability to seal the deal once the moment presents itself.

Thus far, the profiles we have discussed have all been facing inward in terms of organizational structure. They are all people you need to have on your team, working for you to ensure you are meeting your goals.

But what about externally facing profiles? After all, if your music, your message, and your products don’t connect with your audience on an emotional level, you may still find yourself trying to make a hard sell for each and every purchase.

Fans are a critical competent to the success of any musician or band. A super fan is a top-tier fan, someone willing engage and purchase, and someone compelled to evangelize and assist in driving new fans to become a part of your community. These fans are the reason artists like Phish, the Dave Matthews Band, Macklemore and countless others have reached the heights of success that they have.

There isn’t a successful artist or band in history that has broken through obscurity with only an army of “average” fans. The ones that make it big, and stick around, do so because they have found and nurtured their super fans.

Speaking of breaking through obscurity, it helps to have a tastemaker on your side. Be it a blogger, podcaster, journalist, musician, label, or radio station, having the support and credibility of a tastemaker helps to open doors to discovery by a niche, a region, and even masses of people in a way that nothing else can replace.

Find out who the tastemakers are in your genre, or your locale, and make it a goal to get on their radar. Yes, this may be a significant, long-term goal, but it needs to be a goal none-the-less. Just like the importance of networking, being on the radar of relevant tastemakers can put you in the running to seize for opportunities as they arise.

The DIY ethos started with the punk movement in the ’70s and remains relevant today. It means creating a path towards success on your own terms. What it doesn’t mean is removing those needed for success from the equation. Each of the profiles listed above play an important role in the success of any musician or band and should be adopted into your strategy as you work towards building a fan base and building a successful career in the music industry.

Related Posts
How to build a team of experts to support your DIY music career
DIY, but don’t do it alone
Make your music easy to license for TV, ads, and film
A release strategy to fill your yearly calendar
Musician networking tips: Grow your revenue and audience