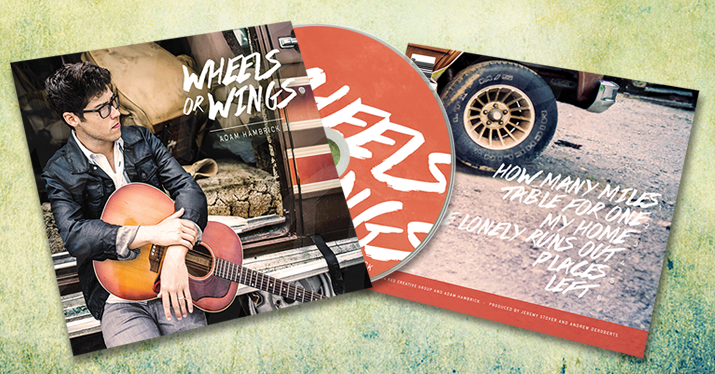 Different types of releases – singles, albums, EPs, and mixtapes – all have their place in your music promotion strategy. But every music release should be an opportunity to build your fan base.

It’s not always easy to know what you should be releasing as a musician. Should you go all out and create a 14 track album right away? Should you release a single as soon as you’ve recorded your first track? While there’s no right or wrong answer as different music release strategies work well for different aims, here is a plan I’ve seen work well for many independent artists.

Why this strategy works

Before you start focusing on putting this strategy into practice, it helps to be aware of why it works and what you’re trying to accomplish with your music release.

First, you’ll do more than just get people to listen to your music. As you’ll see, there’s a big emphasis on collecting contact info, which helps in your effort to make these people long term fans of your music.

If you were to just release a song but not capture contact info, there’s a chance these people will never come back to your website and listen to you or your song again! So you want to release music not only as a way to potentially make money, but also as a trade: you give people something of value (your music) and they give you something of value (their contact details). Let’s look at one way to do this.

Before you actively release anything to music lovers in your genre, you need to get the back end of things set up. Namely, you’ll need to record an EP which you can use to exchange with website visitors for their contact details. This will be your bargaining tool.

2. Set up a web page to promote the EP

Create a page on your website which doesn’t have too many (if any) other distractions. On here you should have a song of yours to listen to, preferably in video format. You should also let them know that if they want more tracks of you for free, you’ll email them a link or send them your new EP if they add their contact details. You can create a form in Mailchimp, Aweber, or other email marketing tools.

You’re mainly interested in a name and email address, but you can always ask for more details if you like. Be warned though: the more details you ask for, the less people will likely fill it out. Don’t create an unnecessary barrier, and make sure to have a picture of your EP on the page to get them more excited about what they’ll receive.

Now that you’ve got your bargaining tool set up and ready to tempt fans to give you their email address, you’re ready to release your first piece of music.

The first thing you should release to the public isn’t an album, EP, or mixtape; it’s a single! I’ve looked a lot more at why this is in The IMA Music Business Academy, but in short:

Pro Tip: By the way, make sure the single you promote is offered to fans as a paid option. You want to give them the opportunity to give you money if they want to. Some fans will.

4. Release more singles, leading up to another EP or a full-length album on CD

Once you’ve finished your EP and released your first single, it’s usually best to release another single. After a few singles are released and you have a few songs under your belt, you’ll want to go on to release bigger works. This can be either a mixtape, another EP, or possibly a CD if you’ve built up enough buzz.

The good thing is there should be some songs which your fans like that are more popular than the rest, so you can include these on your next release. This will add to the value without you doing any additional work.

While every musician should have a mixtape or album after they’ve been making music for a while, it makes more sense for newer musicians without many songs under them to release singles initially. Do this, build up your fan base and your catalog, and email your newsletter subscribers each time something new comes out.

So what do you think about this plan? Do you have anything to add which you feel will make it even better? Let us know in the comments.

Go to the Disc Makers YouTube Channel for more “Indie Music Minutes” and other helpful videos.

This article was written by Shaun Letang of Music Industry How To. If you found it useful, you’ll want to read his free music marketing ebook, a must read for musicians trying to promote their music.

15 thoughts on “Should your next music release be an EP or an album?”