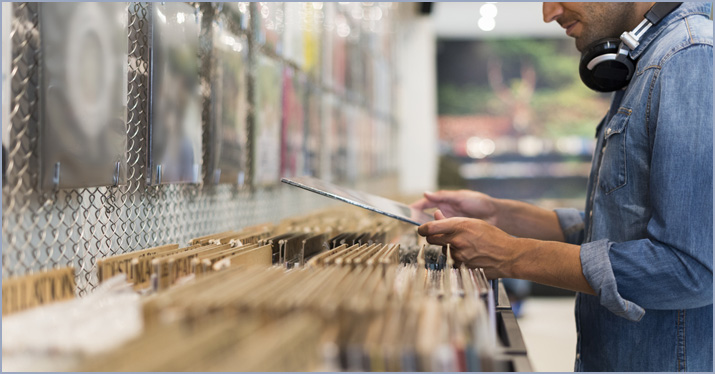 Vinyl record sales were up again – 26% from last year – and this vinyl record revival can be a sales driver for independent artists.

The 33 1/3 RPM album became the dominant release medium in the late 1960s and ’70s, as American record buyers moved from 45 RPM singles to albums. Fans anxiously awaited not only the latest music from their favorite artists, but the album package itself, which became a palette that artists used to express themselves in a seemingly endless procession of funny, shocking, thought provoking or elegant pieces of artwork.

Cassette albums and singles took off in the 1980s, which replaced the older, clunky 8-track cartridges in cars and allowed fans to make their own custom tape compilations. When the CD was introduced to consumers in 1982, the digital age of music was upon us and record labels saw the CD as the ultimate profit-maker as fans started to replace their aging and scratchy vinyl with the nearly indestructible compact disc. Record stores rightly were concerned that carrying vinyl, cassettes, and CDs on each title would require new fixtures and much more real estate. So labels and retailers rapidly phased out vinyl albums in favor of CDs. Soon after, by the mid-90s, cassettes were phased out too, leaving the more profitable CD as the primary record release medium for the music business from the late 1980s until the advent of the iTunes store in 2003.

DJs help save the grooves

While record labels did their best to phase out vinyl completely, the hundreds of millions of records found in homes and used record stores all across America continued to be played and enjoyed by fans. DJs used vinyl as the basis for their art form. In fact, the thriving underground club culture, which consistently supported a small but loyal market for 12” vinyl releases, is what kept the few surviving vinyl pressing plants alive through the 1990s and into the new millennium.

So-called house music, which grew out of DIY dance parties held in warehouses in Chicago, Detroit, and New York, relied on vinyl as the optimum format for creating live sets. The term “cratedigger” refers to DJs with massive vinyl collections built up by scouring thrift shops and used record stores searching through hundreds of crates, bins, and boxes to find obscure albums that contained music suitable for their performances.

In addition to introducing listeners to classic tracks by James Brown, George Clinton, and Chic, DJs created new mixes to share with clubs and other DJs around the world and vinyl was the preferred medium for many established DJs. While the vast majority of US pressing plants were shuttered as the major labels abandoned the format, these DJs kept a small number of plants running.

In 2006, a strong uptick in vinyl sales was noted, largely spurred by millennials, to whom the LP was actually a “new format.” The combination of the 12” sleeve and its artwork, with the realization of the warmer, richer sounds emanating from the turntable when compared to an MP3, created a loyal following of vinyl lovers that has been steadily growing.

According to Slate.com senior technology writer Will Oremus, “Many prefer [vinyl], whether for the sound quality, the nostalgic appeal, or simply the beauty of a vinyl record as a design object. Within the music industry, vinyl’s renaissance is also tied to notions of ‘the album’ as a cohesive artistic statement, usually by an actual band.”

The tangible album spinning on a turntable has a coolness factor that blows away MP3s, while liner notes, colored vinyl, and the delicate sound of the needle hitting the run-in groove are once again becoming anticipated experiences for vinyl fans young and old. In Portland, OR, roughly two dozen independent record stores are thriving today. According to the Oregonian’s David Greenwald, “You’d be hard pressed to find a city with a higher LP density.” Not surprising for a city that prides itself on its fierce independence from mainstream sameness.

By 2013, vinyl had grown to more than 6.1 million records sold, topping a steady six-year run of ever increasing sales. This was up 33% from the previous year’s record-breaking total of 4.5 million. (Sales from January through June 2014 are already at 4 million). Billboard reported that 66% of vinyl records were purchased at independent record stores and that rock was the dominant genre purchased, making up three out of every four LP record sold. 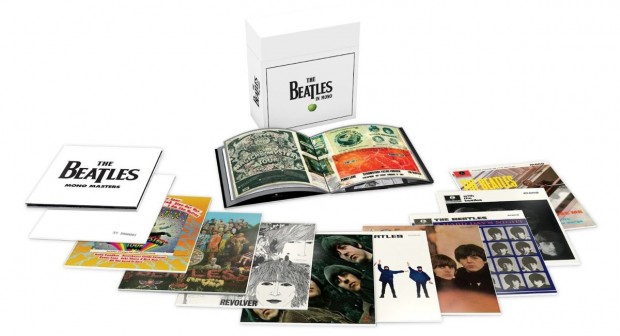 A 108-page hardcover coffee table book accompanies the set. During its first week of availability, 2,300 fans rushed to purchase while individual LP sales of a few of the individual albums from the set (Revolver, Sgt. Peppers, etc.) also topped 2,000 copies each. This pushed those albums onto the current Billboard 200 chart fifty years after they had first appeared! Price tag for the full set? A cool $350 per box set shelled out by fans who probably already have some of the music on LP and CD, which demonstrates the solid market for vinyl reissues for classic albums.

Another contributor to the rising prominence of vinyl is Record Store Day, an annual worldwide event held on the third Saturday of April by independent record store owners and employees to celebrate records, vinyl, and the music (and musicians) that may not get to the top of the Billboard charts. It’s a chance for fans of current bands and collectors to descend on the nearest participating record store and support the music they love. As vinyl continues to grow in popularity, this network of more than 1,400 independent record stores is in place, so the pipeline to get vinyl releases to fans has been firmly re-established which makes releasing on vinyl more than an exercise in nostalgia for today’s indie artists.

San Diego-based band Sledding with Tigers is preparing their second vinyl release for early next year. Founding member Dan Faughnder says he was surprised at what a demand there was for the band’s music on vinyl. The group makes all of its music available to fans online at no cost via BandCamp but still find that when they do a cassette or vinyl release, the audience buys it as a way to support the band. 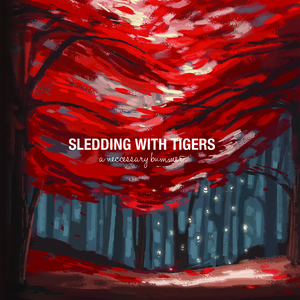 According to Dan, “Our first ever 12-inch was titled A Necessary Bummer, and came out last year. We usually release our music on cassette and will do limited runs of 50-100 cassette EPs a few times each year. Those short runs usually sell out in about a week. Boston-based Antique Records has been putting out our vinyl releases, and once we announced that our first vinyl was in the pipeline, we received enough pre-orders to basically break even on the pressing cost before we even got our test pressings from the plant.”

The label pressed 500 of the 45 RPM single featuring both black and colored vinyl. Dan continued, “We learned a lot, especially that the lead time required with vinyl is much longer than we anticipated. A few of our fans that placed pre-orders wondered if they were going to get them! From day one, we have encouraged everyone to share our music freely with everyone, so it’s gratifying to still have them purchase it when we do a release,” he concluded. The new EP due out in January is titled, Not the Beatles Yet, typical of the band’s tongue-in-cheek approach to the normal gravity associated with making it big in the music industry.

Is vinyl right for you?

If you are considering doing a vinyl release, be advised that you’ll need to mindful of the format’s requirements and limitations, such as no more than 22 minutes of music per side for 33 1/3 RPM 12” albums and six minutes per side for 7” vinyl records. If you choose to release at 45 RPM as Sledding with Tigers does, then the run times are reduced (four and a half minutes).

The vinyl record revival offers indie artists a great opportunity to reach out to their fans and ask them if they would support a limited edition vinyl release. Consider the costs involved, and create a realistic budget for a vinyl release. To find out if your audience would support such a project and if the feedback is positive you might even consider doing a crowd funded initiative via Pledge Music, Indiegogo, or another platform to enlist their support to bring the project to completion. Remember, vinyl has a cachet all its own, and if you time your release properly to make it an event, your audience is likely to respond positively if you create a memorable project that takes advantage for the new passion for wax.

Record Store Day is June 12th, 2021!
Record Store Day is a celebration of the enduring importance and coolness of the independent record store. According to the Record Store Day website, it’s a “day for the people who make up the world of the record store to come together and celebrate the special role independently owned stores play in their communities. Special vinyl and CD releases and various promotional products are made exclusively for the day and hundreds of artists across the globe make special appearances and performances.”