Whether you’re listening to mainstream rock, pop, country, hip-hop, or dance music, chances are you’ll hear one thing in common — a 4/4 time signature.

The reality is that most widely-heard music is written in that familiar four-beats-per-measure, and with good reason. Not only does counting music in four give songwriters and producers a powerful, accessible, familiar, and ear-catching foundation to build on, it’s relatively simple to create music in 4/4. This is especially true with digital recording using Pro Tools, Logic, Ableton Live, and other software packages — particularly when pre-fabricated loops are involved.

But just because 4/4 is an easy and popular time signature in which to write, it doesn’t mean it’s always the best choice for you and your music. Many highly successful songs have been written using time signatures that don’t strictly adhere to the standard one-and-TWO-and-three-and-FOUR-and vibe.

Here are just a small handful of examples of music written in different time signatures — and tips on how playing with the meter of your own music can push you to new heights and better songwriting skills.

An early Alicia Keys hit, “Fallin'” grooves along in 12/8 time. If you’re not familiar with 12/8, one way to feel it, in the context of this song, is by counting ONE-two-three-TWO-two-three-THREE-two-three-FOUR-two-three along with the track. Instead of the straight one-and-TWO-and-three-and-FOUR-and feel, subdividing each beat into three gives the piece a sexy, bluesy foundation that supports Keys’ vocals as she tells of her riveting and wrenching love affair. 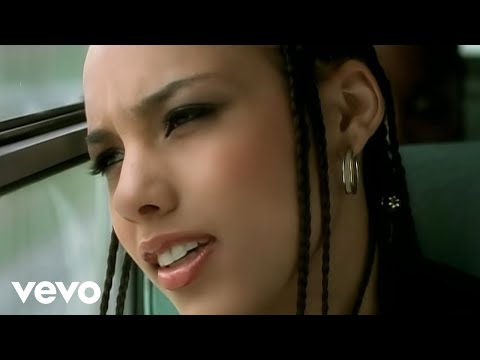 If you feel like you’ve hit a songwriting roadblock with your own music, following Keys’ example might help. Try taking one tune that you’ve written in 4/4 and play it in 12/8, like Keys does here — dividing each beat into three instead of two — just to mix things up. You might be surprised at how the song takes on a new character, and how it might spark ideas for other new pieces.

“The Beautiful People” by Marilyn Manson

This industrial metal single from Marilyn Manson may feel different from “Fallin’” in nearly every way — but the two tracks happen to share a common time signature. In “The Beautiful People,” Manson uses the same 12/8 meter as Keys, but instead of creating a smoky and introspective groove, the time signature here contributes to an unhinged feel of rollicking thunder. If you’re a metal-head, you likely know this already, but if not, listen to a cross-section of tracks in the genre; you may be surprised at how many songs make great use of 12/8 and other non-4/4 time signatures. 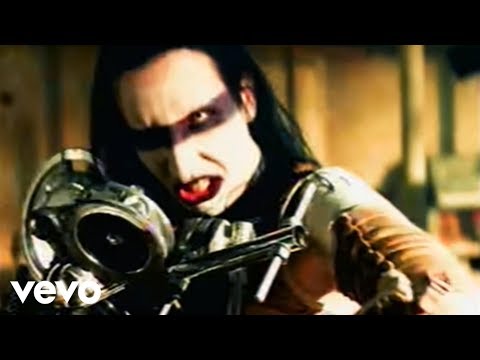 As an experiment, try playing and/or singing a few lines from “The Beautiful People” in straight 4/4, rather than the churning 12/8 used in the recording. Again, you may be surprised at how dramatically different the same chords, lyrics, and melody can sound when re-interpreted with a different meter.

(For another cool example of how switching up meters can transform the feel and meaning of a song, check out Michael Jackson’s iconic original “Billie Jean” and then the melancholy, time-shifted reinvention by Chris Cornell.)

Originally written by Lalo Schifrin for the Mission: Impossible TV series from the ’60s and ’70s, this iconic theme is one of the most popular pieces ever written that’s counted in five, not four. Even if you’ve heard this composition a million times, listen again paying attention to how the 5/4 time signature adds an unsettled, suspenseful, and forward-moving vibe to the piece — very much in keeping with the show’s espionage subject matter. Interestingly enough, two remakes of the piece, the 1996 motion picture reinvention by members of U2 and Limp Bizkit’s “Take A Look Around,” which references the theme, both put it largely in 4/4 time, giving it a distinctly different spin. 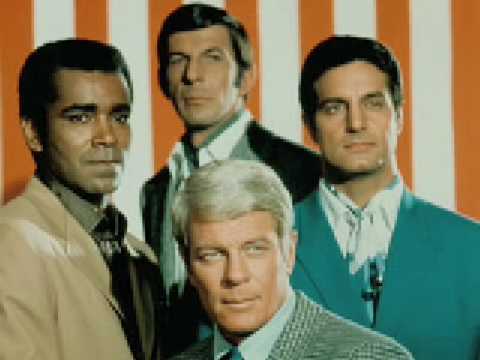 If you’ve never written in 5/4 before, it can be well worth experimentation. Sometimes, composers and songwriters will split up the five by having the first three beats on one chord and the final two of each measure on another one; listen to Paul Desmond’s classic “Take 5” as an example. That said, the beats can be divided up and emphasized however you see fit, and however best inspires you. 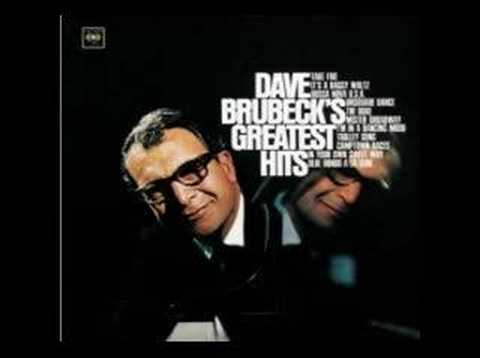 To get started, try coming up with a simple five-note melody, one beat per note, and keep playing it over and over in succession, possibly free-styling lyrics on top until something really sparks your interest; recording experiments like this always helps, as something that might feel cheesy or ridiculous when you’re spitting it out off the top of your head could well turn out to be brilliant when listened to after the fact. Also, if you’re not comfortable playing and improvising lyrics at the same time, try recording that same five-note phrase into GarageBand, Pro Tools, or some other piece of recording software. Play it back on loop, improvise on top, and go from there.

Another strategy is to start with lyrics and build the music next. Try to brainstorm a series of five-syllable phrases, piece a few together that add up to something interesting for you, and recite them over and over, trying to give them slightly different melodies each time. Just make sure that you’re giving each syllable a single beat and going right back to “one” as soon as you hit “five,” so you don’t accidentally slip out of the 5/4 groove. Who knows, with a little inspiration, maybe your next album single will come to life in this meter.

“All You Need Is Love” by The Beatles

Though the chorus to this Beatles classic rings out in familiar 4/4 time, much of each verse is counted in seven, which creates a very interesting effect and works seamlessly with the lyrics and arrangements. In fact, because the verses use such an angular and unusual time signature as 7/4, when they resolve into the anthemic 4/4 chorus, the transition sounds all the more powerful.

If this sounds like an intriguing idea, try something similar in your own music. Just because you start a song in one time signature doesn’t mean it needs to stay in the same meter throughout. Just like the Beatles did, try using one time signature for the verses and another for the choruses, or just for kicks, switching the entire meter of a song halfway through. Regardless of whether or not the result will yield another “All You Need Is Love,” it will take you to some interesting creative places in your songwriting.

Two songs by Michael Gallant (AKA, the author of this post)

I used to play in a punk/pop band with a veteran guitarist who had written countless catchy, boppy rock songs in his day. In many of his tunes we played, things would chug along in 4/4 and then, all of a sudden, there’d be an extra two beats added to the last measure of a verse before going into the chorus. “Sh*tballs,” he used to call those extra-long measures. I remembered the concept when it came to working on some of my own material.

Check out my reimagining of Pearl Jam’s “Go” as performed by the Michael Gallant Trio. Right at 0:58, for only one measure in the entire song, the piece transitions from straight-up 4/4 to 5/4. Why? First, it’s fun — the central chorus riff of the song is a blast to jam on and I wanted to do something different with it to wake listeners up a bit. Plus, since the riff is a straightforward and often-repeated one — and as this interpretation doesn’t have vocals to propel things along — I wanted to add enough gritty variations to keep things interesting. Pretty simple.

Another example is the song “Redhead Girl,” which I wrote and recorded with my band Aurical. The track swells and fades in 4/4, as many do, but right at the end of the pre-chorus leading into the first chorus (1:17 in the song), there’s a single bar of 6/4. Why? I didn’t consciously write the tune that way to stick to any sort of formula; rather, I wanted to throw in those extra beats to throw the listener off kilter a little bit and to signal that something new was about to happen. The song builds a seductive and hypnotic vibe up to that point; that bar of six breaks the hypnosis a bit, introducing the listener to the rawer lyrical content and delivery of the chorus.

In your own work, never underestimate the power of throwing in an extra beat or two at the opportune moment to add a bit of dirt or punctuation to your music. This is definitely not a strategy to be overused or forced where it doesn’t belong — but if you feel like a section of your latest tune is a little too meandering or lackluster, try adding a single measure of 5/4, 6/4, 7/4 – or something else entirely – and see what happens.

Have fun experimenting with time signatures and remember that examples like these are just the beginning. You could challenge yourself to write an entire album of songs in 13/8 or 11/4 and it could turn out to be a masterpiece. Remember that, just because software and radio airplay may make 4/4 seem like the standard time signature by which all others are measured, don’t let your own creativity get boxed in by multiples of four.

If you have any favorite songs you’ve written or heard that are written in non-4/4 time signatures, please share them below.

Disc Makers’ contributor Michael Gallant’s debut trio album Completely received a four-star review from DownBeat magazine and a five-star review from Critical Jazz, which stated: “This, my friends, is the fu-ture of jazz. Fresh, invigorating, progressive – there are simply not enough positive adjectives to list here.” Learn more, download now through iTunes, jam along with the new JamBandit app, or purchase through CD Baby. Follow him on Twitter at @Michael_Gallant or on Facebook.

Read More
Anatomy of a Cover Song – Four takes on “Big Yellow Taxi”
Recording with Reverb and Echo – Tips and Lessons from Six Classic Tracks
Avoiding common songwriting obstacles
Ask a songwriter: 5 questions for Rachael Sage
Thoughts on Writer’s Block From One Songwriter to Another