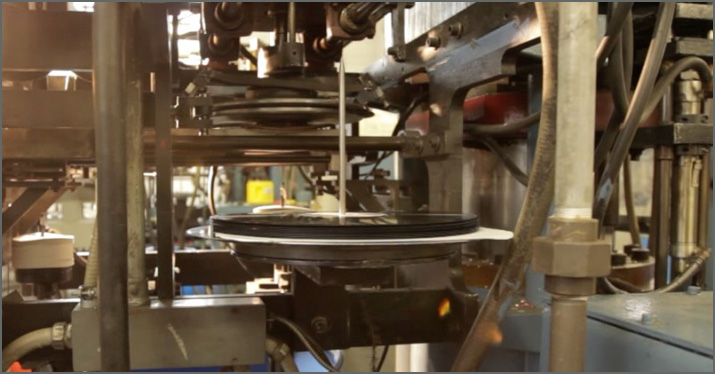 It’s one of the more improbable music industry stories in the last decade, but vinyl records are back, and Disc Makers says you can call it a comeback.

It was a muggy mid-morning on July 27th, 1987, when I walked up to the imposing 7-story building on Poplar Street in Philadelphia. Every window was boarded up. The faded sign said “925 Diskmakers.” I was there, a young pup fresh out of college, for my job interview, sweating in my interview suit under the sweltering sun.

Walking down the steps into the basement where the office was located, I could smell it, the slightly acrid, unmistakable smell of vinyl records being pressed. It was a smell that would end up being steadily with me for the next 13 years.

Ah, vinyl. It sounds so romantic as I write this now. So hip. So retro cool yet modern. Back then it wasn’t exactly so.

Being in the vinyl business in the mid ’80s was a constant struggle for survival. The format was already on the decline when I started my first job at Diskmakers (as we used to spell Disc Makers back then), but 70% of our revenues were still from vinyl, mostly pressing records for independent labels (the other 30% came from cassettes). Pricing was low, margins were tight, and vinyl was a tough product to make.

Boilers, hydraulics, it was hot in that basement where we had our presses, almost unbearably so during the summer. And even when 1,000 perfectly flat vinyl platters left our loading dock one day in August, by the time they arrived at the client’s location in California after five days baking in a tractor trailer, we couldn’t guarantee that they wouldn’t be warped or dished.

On top of that, record labels are notoriously difficult customers. Highly focused on price, needing extended credit terms, and very demanding about turn times and quality. Yes, we had started marketing our services directly to artists who wanted to make their own records, but that business was still relatively small.

And yet there was a unique pleasure in seeing a vinyl record getting pressed. The hockey-puck like glob of vinyl between the stampers, the press closing and squishing the vinyl out the sides, trimming the edge, pulling out a beautiful black, flat, shiny disc, bursting with the latest hip hop, punk rock, or Latin grooves. Legendary artists like DJ Jazzy Jeff and the Fresh Prince, Celia Cruz, Big Black, Salt-N-Pepa, Wu Tang Clan, Butthole Surfers, Tito Puente, Sun Ra, Frankie Knuckles, and too many other luminaries to mention – all of them came off our Hamilton presses. We might have been sweating in a basement in North Philly, but these records were our connection to “the biz.”

Things have changed a lot at Disc Makers since that day 27 years ago when I first set foot in that plant at 925 North Poplar street. We now work almost exclusively with independent artists. As CDs exploded onto the scene in the early ’90s vinyl gradually declined to less than 1% of our sales, and we stopped selling vinyl in 2000. Last year we manufactured over 40 million compact discs. Our sister company, CD Baby, distributes a catalog of five million songs to iTunes, Amazon, Spotify, Beats, and almost 100 other digital stores. Yup, things are different.

But one thing is taking us forward to the past: 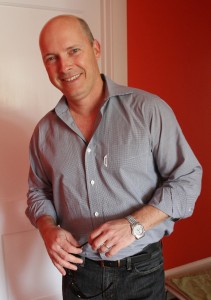 We’re back in the vinyl game!
As of this week, Disc Makers is back selling vinyl record pressing services to independent artists. The rise of vinyl is one of the most improbable stories of the past several years, but it’s real. For each of the past five years, we’ve contemplated whether to get back into the vinyl biz. Every year we thought it was a passing fad. But now, after nine years double-digit vinyl record sales growth (every year), we’re back to being believers!

Whether it’s nostalgia, or hipsters, or that warm analog sound, vinyl is back with a vengeance! And I think it’s here to stay for a while.

We’re back in the vinyl records business, baby! It’s good to be here.

Read More
How vinyl records work
9 groovy facts about vinyl records
Designing for vinyl: make your album cover pop
Wax is back – and the vinyl record revival is good news for indie artists
Why do you love vinyl records?
Audio mastering for vinyl
Disc Makers is the official vinyl pressing sponsor of Record Store Day!

14 thoughts on “Back in the vinyl records business after 15 years!”