Developing an elevator pitch to describe your music is part of your artist branding and marketing, but walking the line between bragging and intrigue takes effort 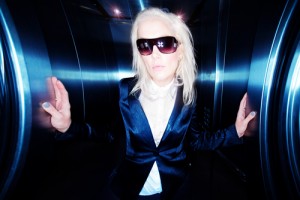 Whether at a gig or party, a coffee shop or music conference, you never know when you’ll find yourself wanting to summarize what you do to a new friend or acquaintance in just a couple of sentences. With such a narrow window during which to make an impression, what do you say? As one element in your artist branding, an eloquent 15-second description of your music and act (aka elevator pitch) can potentially gain intrigue from a new fan or ally, get a few extra attendees at your next gig, lead to a CD sale, or open unforeseen music industry doors. If you introduce yourself and your music in a way that’s boring or off-putting, though, the chances of such reactions might not be so high.

While there’s no universal formula for creating an ideal musical elevator pitch, there are ways to help yourself communicate effectively in situations like those described above. Below are tips from a trio of music industry professionals to help you spark productive conversations about your music — and avoid walking away with your foot in your mouth.

When you’re talking to new acquaintances about your music, you may not know whether they have encyclopedic knowledge of every heavy metal band album from the last twenty years — or if they think jazz is just that annoying stuff you hear in dentists’ offices. To be safe, don’t get your musical elevator pitch too detailed too quickly. And if people “look at you with a quizzical expression when you give your quick ‘pitch,'” says renowned soprano Alyson Cambridge, then an even broader comparison or elaboration might be in order.

“When I say I sing opera, people sometimes ask me, ‘You mean like Phantom of the Opera?” Cambridge describes. “I say, ‘No, I mean like Pavarotti!’ It’s a total cliché, yes, but if you’re speaking with someone who really doesn’t understand, it’s important to find a way to communicate in terms you think they’ll understand, and then take it from there.”

If someone expresses interest in your music, you may find yourself wanting to tell them everything about who you are and what you do. The advice from our experts? Share, but take it slow.

“With any profession, if a person gets too serious or attempts to explain too deeply what they do upon a first intro, the message is lost,” says Cambridge. “After all, it’s an intro and just a way to spark more curiosity and interest in what you do.”

Start casually and let the specifics unfold naturally if further questions are asked of you, she continues. “Don’t push your agenda on talking about all the things you think are great about what you do. It comes off as too self-promotional versus just a natural sharing of information.”

Joe D’Ambrosio, who represents top recording engineers and producers through his company Joe D’Ambrosio Management, Inc., often finds himself having to succinctly describe what he does in the music business. “I start by saying that I manage behind-the-glass talent, but ninety-nine percent of people don’t understand what that means,” he says. “Then, when I say that I manage the people behind the songwriters and artists — which is an honest but almost dumb answer — that turns everybody on and they want to know more.”

D’Ambrosio’s experience applies to artists as well as managers like him. “When you’re talking to someone new, don’t use your entire shot at once,” he advises. “Give them an answer that intrigues them, give them enough of a nibble to engage them, and continue the conversation from there.”

Imagine that you’re at a music industry event and meet someone who expresses just a smidgeon of interest in what you do. “Say something like ‘I’m in an indie band from Brooklyn but we sound nothing like Brooklyn,” says D’Ambrosio with a laugh. “Now you’re walking down the corridor with the person you’re talking to, because you got his interest. Then you say that your sound is influenced by David Byrne and Steely Dan, something that’s different and interesting, and now the guy is walking halfway to your next appointment with you.”

“The key is to get someone’s attention,” he continues, “get him or her digging where you’re going, and take it from there.”

When talking about your music with someone new, avoid trying to impress and go big. Grandiose announcements like you’re “redefining neo-soul” or that your album is the “best bluegrass release in twenty years” will likely do you more harm than good.

“Don’t brag,” advises Cambridge. “Let whomever you are speaking with engage you and ask questions. Inevitably, as a conversation naturally flows, who you are and the best points of what you do will come out organically.”

D’Ambrosio echoes the sentiment. “When you’re communicating about your music with somebody new, accolades you place on yourself are a waste and they don’t need to happen. You should be able to give me your CD, though, and say, ‘I think this music is amazing, I’m very proud of it, and I would love for you to listen,’” he continues. “In situations like that, if I have time, I will usually give it serious consideration and help if I can.”

Use facts that flatter

While abstractly waxing poetic about your own creative genius is a surefire way to end a conversation before it’s begun, Concord Records vice president and publicist Mike Wilpizeski encourages indie artists to fully embrace cool things that other people may have said about them and their music.

“If you got a great review in a magazine or blog, or your music was featured somewhere impressive, don’t hesitate to mention that,” he says. “Saying that you were nominated for a Grammy or that your first record was number one on Billboard can be really powerful. Not everybody is going to have accolades like that, of course, or great reviews to quote,” he continues, “but use what you can on whatever scale — as long as it’s factual. Maybe you sold out a small local concert venue three nights in a row — that’s cool, factual, and worth mentioning. Always make sure that what you’re speaking is the truth, not a bunch of adjectives and some inflated opinion of yourself.”

Replace comparisons with influences and stories

We’ve all heard the comparisons — this artist’s sound is a mix between the Clash and Lou Reed, while that band is the Killers-meets-Portishead. For Wilpizeski, such likenings are essentially meaningless.

Rather than trying to talk about what other artists you sound like, he recommends, try talking about who influenced you, and let your conversation partner’s imagination do the rest. “If you’re a keyboardist who spent a lot of time studying McCoy Tyner, but in your live shows, you learned a lot from James Brown, that’s a lot more useful information to share than trying to say what you sound like artist A, B or C — who you might not actually sound anything like to any given listener,” he says. “You’re still talking about who you are and what your music is about, just in a different and more concrete way.”

If you have the opening in a conversation, and the person you’re speaking with is curious, telling concise stories about what influences went into which songs, what you listened to early on that may have shaped your work in an unusual way, and other cool tidbits can help tell the story of your music in an intriguing way. “Sharing interesting factoids is a good way to go,” advises Wilpizeski. “Is this your first album in five years? Why? If it’s a good story that gives some insight into who you are and where your music is coming from, go ahead and share it.”

When unexpectedly asked to describe one’s own music, it can be easy to assume the classic deer-in-the-headlights look and speak with the articulateness of a shoe. Rather, try approaching such interactions with a sense of fun or playfulness.

“When people ask what I do, I often ask them to guess and give them three tries,” says Cambridge. “No one has ever guessed. Opera singers are apparently a rare breed outside of classical music circles. So when I say I am an opera singer, it is always met with surprise, and a subsequent ‘yes, really!’ from me.”

“I then just explain that I sing opera and perform concerts with symphony orchestras and in opera houses all around the world, and that I also do some jazz and crossover singing as well,” she continues. “If, or when, I’m asked to expound, I explain that I literally make my living as a professional singer, spending seven to nine months on the road from one show and city to the next.”

Your attitude tells a story

The attitude with which you engage someone new can be far more important than the words that actually come out of your mouth. For Cambridge, a positive attitude towards new musical conversations often manifests as cheerfully shattering stereotypes about people in her line of work.

“Most people think of opera singers only as the horned woman carrying a spear in a pasta commercial,” she says. “For me it’s about finding a way for people to relate to and understand what it is that I do. I keep it short, simple, and fun, and speak with enthusiasm — yes, I do spend my days and nights hitting high notes and wearing awesome costumes, gowns, wigs, and I love every minute of it!”

Even if you’re talking about the hard work and commitment needed to do what you do, avoid sounding like you’re complaining. “Speaking with enthusiasm and positivity about what you do is key,” Cambridge continues.

Being aware of your conversation partner’s physical comfort is also vital to delivering a successful musical elevator pitch. “Don’t touch the person,” advises D’Ambrosio with a laugh. “It can be weird when people you don’t know don’t respect your personal space. If someone is touching you or standing too close and it’s unwelcome, it kind of doesn’t matter what the person is saying.”

“Be genuine, make eye contact, smile, and don’t take yourself or your ‘pitch’ too seriously,” adds Cambridge. “A pitch comes off as such, as an attempt to sell, and can be a turn-off if you’re pushing too hard. Be real and authentic. If you are in a social situation, that’s what will keep the conversation going. And isn’t that the point?”

Read More
Creating the perfect pitch
Developing Your Artist Brand
Press Kit Fundamentals: Branding Yourself in Your Artist Bio and Beyond
What Makes You So “Eclectic?”
Who Influences Your Music Most?

5 thoughts on “Your elevator pitch should start a conversation”