Excerpted from our new guide, Songwriters on Songwriting, here are a few insights from hit songwriter Kent Blazy 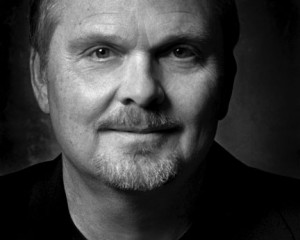 Growing up in Lexington, Kentucky, Kent Blazy became musically inspired when he heard Roger McGuinn playing his Rickenbacker on “Mr. Tambourine Man.” By the mid-70s, Kent was a band leader, playing guitar and touring with Canadian legend Ian Tyson. A first place win in a national songwriting contest persuaded him to move to Nashville in 1980, and in 1982 Gary Morris took “Headed for a Heartache” to #5 on the charts. In 1987, Kent was introduced to a new demo singer named Garth Brooks. The first song Garth and Kent penned together was “If Tomorrow Never Comes,” which became their first #1 song. The friendship and songwriting partnership continued as Garth included eight more of their songs on his albums, five of which reached #1. Other artists to record Kent’s songs include Diamond Rio, Kenny Chesney, Terri Clark, Clay Walker, Patty Loveless, Julie Roberts, Andy Griggs, Blaine Larsen, and Chris Young.

When you write a song, how much focus do you put on your intended audience?
For me, the target audience is really the universal, trying to get to the heart of a song that will touch as many people as possible. Most of the people I write with have the same approach, and Garth [Brooks] is really like that. He’s always looking for a way to make people laugh, cry, be grateful… and it’s such a benefit to work with songwriters like that. Striving to use music, like music has always been, for it’s ability to change the world, change things for the better. That’s what I’m aiming for.

How do you know when your song is done – it’s time to stop revising and put it down?
That’s probably one of the toughest things. I have friends who are still re-writing their songs as they’re going up the charts – “Boy I wish I’d said this or done that.” It’s kind of like kids you’ve nurtured, or something like that, where you’re like “Well, I think this is complete,” and you give it to other people to see what they think and you get some feedback and if someone says, “I think you should do this or change this,” you might go back to it, but most of the time we’re going for the energy of what’s happening in the moment, and if we feel like we’ve captured it, a lot of times, we don’t go back to it. Some of the biggest hits I’ve had have happened very fast. There was a book I had, about the most popular 100 songs or whatever, and most of them were written in 30 minutes, and I know some of the greatest writers here in town that I’ve written with work really fast and they don’t look back. There’s something to the magic of that energy that’s happening right at that one time, it’s like it’s your subconscious coming out rather than the thinking part of your brain, and when you start going back and looking at it and reworking a song, then you’re thinking about it. A lot of times when you start thinking about it, that’s when it gets derailed.

How do you avoid using the same words/themes/rhymes/patterns when you write?
Boy, that’s an interesting question. For me, part of it is I keep a lot of different books of ideas and tapes of melodies and stuff like that, so I’m always looking for an idea or a melody that’s a little different. I mean, you’re working with only so many notes and so many chords. The other thing I do is buy instruments I can’t play, and start playing them to see if I hit on something different than what I would do on the guitar. Sometimes that will motivate me to write something I never would have written before, because the instrument itself is giving me different tonalities than what I’m used to. Anything that breaks me out of the norm of what I’m doing assists me in coming up with something different.

Did you ever study songwriting formally?
I can’t say I studied it formally, but when you grew up on AM and FM radio that had so much diversity and so many great songs, you’re just kind of inundated with the kind of things that get to your heart, the things that make you happy, that make you sad, that make you cry. You’re always studying the music or the lyrics and how people like James Taylor, Jackson Browne, The Beatles, Marvin Gaye, Frank Sinatra, and anyone you can think of. I went back and studied the writers that were big in the ’30s and ’40s, Hoagy Carmichael, stuff like that, just getting a handle on what made things so popular. So I did my own studying, just working on what was done in the past and figuring out how to do it differently and still get the feeling they got across in their songs.

What’s the worst bit of advice you ever received regarding your songwriting?
The worst advice I got was from somebody over at SESAC, when I first moved to town and she told me to move back home. She basically told me I was terrible, and it pretty much crushed me. Then I don’t know, maybe six months later I had six songs cut in three weeks. You can’t believe what everybody tells you, you have to go with what your heart’s telling you, and my heart was telling me I had to be in Nashville. That had to be the worst advice I ever got, and I’m glad I didn’t take it.

Read More
A DIY Songwriting Workshop Idea
Thoughts on Writer’s Block From One Songwriter to Another
Songwriting and Writer’s Block: 11 tips to help the songwriter get unstuck
Creative Resources and Tips for Aspiring Songwriters
Where Social Meets Creative

4 thoughts on “Ask a songwriter: 5 questions for Kent Blazy”