Excerpted from our new guide, Songwriters on Songwriting, here are a few insights from hit singer/songwriter John Ondrasik 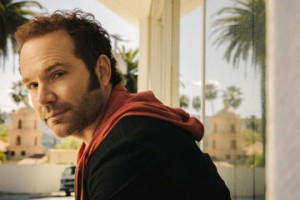 Born and raised in the San Fernando Valley of Los Angeles, Five For Fighting’s John Ondrasik began his musical journey at the age of three. His mom was a piano teacher, and after teaching him the basics, she allowed him to walk away from formal lessons at the age of thirteen. Some 20 years later, Ondrasik exploded onto the music scene with the release of “Superman (It’s Not Easy).” The public adoration of “Superman” stunned his mother – a way to actually make money writing and playing music! Ondrasik’s father was less surprised. He appreciated the long hours of dedication Ondrasik had put into honing his craft – 45,000 hours, according to math major Ondrasik’s calculations.

When you write a song, how much focus do you put on your intended audience?
I frankly don’t have an intended audience, and trying to appease a certain group can lock you down. Of course you need to know who you are and what you do. I doubt anyone would want to hear a Five For Fighting rap record. You do treat potential singles a bit differently from a production and structure standpoint, but beyond that, the best melodies and lyrics win.

When you get stuck in the writing process, what do you do to get through the block?
There are tools you can use, like changing your environment, writing trips, looking for inspiration in books or films, and co-writing. Still for me the most important aspect is continuing to power through. Songwriting is an exercise in failure. For every good song you write there will be hundreds of ideas, pieces, attempts that never make the cut. You have to understand the process and try not to get frustrated. And when you have a good song on the line, understand that it may take hours, or months, to get the lyric and form right. Just keep your head down and keep swinging.

How do you avoid using the same words/themes/rhymes/patterns when you write?
Part of the tight rope walk if you’ve had success is to reinvent yourself enough to grow as a songwriter without going off the deep end. There is a tendency for labels to push you to regurgitate the hits and sound that made you popular. That can be dangerous. There also is a tendency as human beings to chase whatever fad or sound is happening at the time (see auto-tune). I realize I can’t write “100 Years (part 4)” every album and need to stretch a bit, but I also understand my thing starts with a singer at a piano. It certainly makes each album a bit more challenging, which in the long run is a positive.

Are there songs you’ve written that you were in love with that others didn’t respond to? Songs you thought weren’t your best that have sparked big reactions? What’s your takeaway?
Sure, the subjectivity of music is what makes it fun. Once I throw them out there they are not mine anymore and I understand that. What’s more interesting to me is how people take songs of mine and apply them in ways I never imagined or intended. During the first Iraq war I was getting letters from soldiers who used my music to pump up for a mission, to calm down after a mission, to escape for a few minutes, to connect with home – and it was the same song! That’s the beauty of music.

What advice would you give regarding songwriting?
Write tons of songs, record them, and play them live for an audience. To truly get perspective and grow you need to listen back to your music, even if it’s just a piano/vocal or guitar/vocal. You can work on a song in the studio for months, but nothing will give you better insight than playing it live for people you don’t know… Try as best you can to enjoy writing songs. Understand the dance: there is no right or wrong, no rules of the game. At the end of the day, songwriting should be a cathartic process, and a beautiful road.

John Ondrasik is an avid hockey fan – the source of the term for his “band” title, referencing five penalty minutes given to a player guilty of fighting. Learn more at FiveForFighting.com and buy John’s music at his online store.

5 thoughts on “Ask a songwriter: 5 questions for Five For Fighting’s John Ondrasik”