Excerpted from our new guide, Songwriters on Songwriting, here are a few insights from hit songwriter Byron Hill 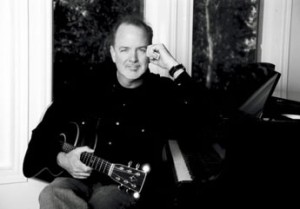 Originally from North Carolina, Byron Hill has been a professional songwriter in Nashville since 1978, with his songs generating more than 700 recordings, 77 RIAA certified Gold and Platinum awards, 10 ASCAP awards, and 31 US and Canadian top-ten chart hits. Hits Byron has written for major artists include “Pickin’ Up Strangers” (Johnny Lee), “Fool Hearted Memory” (George Strait), “The Pages Of My Mind” (Ray Charles), “Born Country” (Alabama), “Alright Already” (Larry Stewart), “High-Tech Redneck” (George Jones), “Over You” (Anne Murray), “Politics, Religion And Her” (Sammy Kershaw), and “Nothing On But The Radio” (Gary Allan).

What percent of your writing is co-writing?
I do a lot of co-writing. I’ve got a little studio, just a desk and some tools that we might need: keyboards, guitars, good coffee, an Internet connection, things like that. I love writing at my place, but I’ll write anywhere. We just basically meet at whatever time is set aside, and we quickly start getting into ideas. You can sit around and talk about everything and the weather for two or three hours and next thing you know you’ve wasted time, or you can immediately jump in and start looking at ideas. I prefer jumping right in. The discipline of two people being across the table from each other, or sometimes three, means you can always pull each other out of the death spiral of not being creative or whatever. There’s someone else working with you. These days it’s often artists. They’ve got to come up with songs, and I hope they view me as an experienced craftsman who can help them deliver. It’s a new game now — it’s still about songs, but it’s also about delivery requirements that the artist has, and so I’m here to help.

When you get stuck in the writing process, what do you do to get through the block?
I’ve learned some tricks through the years from mentor type co-writers to just keep going, to never be afraid to throw out ideas. Don’t shut down, don’t go into your own world, especially in the co-writing process. Try to keep things going even if the ideas are a little silly or are something to break the monotony. In co-writing it’s a little easier because you’ve got someone else you hope might be doing the same thing, and not just go off into a corner. When you’re writing solo it’s a little bit different, it’s a little easier to get up and turn on the TV, or get so frustrated by it or find some kind of distraction. A lot of writers I know will get stuck on the first line or the second line, and they feel like they can’t write the third or the fourth line until they’ve got the first and second written they way they want it. I’ve just never been one of those writers. I might jump down and write a chorus, or I might write a verse and I’m not hung up on whether that will be the first or second verse. I might go back later and say, “you know those need to be flipped.” If I don’t feel creative, I don’t want to force it. If I just get away from it for a week or two, ideas start to come. I keep these pieces of paper all over the house and in my car, and I’m always writing down titles that I might not want to write right then. But the writers block thing has never been a problem for me. I’ve always thought it was part of the process and I don’t get frustrated with it, so if I don’t feel like writing one day, I’ll wait ’till I feel inspired a few days later.

Are there songs you’ve written that you were in love with that others didn’t respond to? Songs you thought weren’t your best that have sparked big reactions?
Oh yeah there have been a few songs along the way that I thought were nothing special or anything earth shaking and they get cut. But there have been songs that have surprised me for sure. “Picking Up Strangers” by Johnny Lee, I thought it was an OK song that fit a movie, and the next thing I knew it was at #2. The song it itself was only 2:08 long, had way too much rhyme in it, and all these things I try not to do now. But it sort of defied gravity and found its own way, and there have been a few of those that turn out to be the square peg that fits perfectly into the square hole.

From listening to some of the songs you’ve written like Alabama’s “Born Country” or Gary Allan’s “Nothing On But The Radio,” — assuming that you’re providing them a recording that is nothing much more than a guitar and a vocal, are you ever amazed or let down by what you hear when the song is finally finished?
Oh yeah, and it’s happened both ways, where you’ve demoed something and you get locked into that and you feel like the demo has the magic and you hear it recorded by someone and you’re like, “Whoa, they missed that whole thing I was trying to get across.” Other times it goes the other way. “Born Country” is a great example of a song I wrote with John Schweers and we went into the studio and it came out as an average sort of demo, it had all the right chord changes and did everything it was supposed to, it had all the dynamics it needed. But then when Alabama took it in and recorded it was like, “Holy cow, man. Wow!” They took it into the stratosphere and came up with a lot of sub hooks and things that really took the song to a new level. On the other hand, “Picking Up Strangers” is an example of something that went the other way. I wrote this song for the movie back in 1980 and it was a guitar/vocal, nothing but me and a guitar. And when they produced it came back, the background singers were kinda out of tune, it was not really what I was envisioning. And sure enough, it was a big hit. So I try not to get into over thinking it too much. I’m just thrilled when somebody cuts something and I don’t try to put too many of my production thoughts into it, because I can be wrong.

Who are some of your favorite songwriters, and what do you admire most about each of them?
I guess I’d start the list out with Dolly Parton, she’s so down home and simple, she’s an amazing songwriter and really kinda underrated because her image and star thing sorta overshadows what she does as a songwriter. But she’s just terrific and extremely crafty. I’d put Carole King high on my list, everything she writes sounds like a hit, she’s great at the hooks. One writer I have to give a lot of credit to for inspiring me to get even into the business is Kris Kristofferson. My dad sat me down when I was about 16 and told me to listen carefully to “Sunday Morning Coming Down” and it was sorta from that moment on that I wanted to be a songwriter. I was already a musician, I had been playing guitar since I was 10 and I was kind of excited about music and what was going on, but when I heard that song, I knew I really wanted to work on being a songwriter. And there have been a lot of people along the way. Jimmy Webb has got these soaring melodies and big ideas, and he seems like quite an intelligent guy, and his songs are just huge. He does something that not everyone can do — it’s kinda like when I go see a movie, I don’t know what’s going on really, I’m just usually enthralled with the movie, and that’s kinda the way I am with Jimmy Webb: it’s so far over my head that I’m just amazed by it. Of course, you can’t beat Merle Haggard for the simplicity of the common man stuff. I’ve always liked Gordon Lightfoot, incredible depth and thought and real life story stuff. And you know, I’ve always liked Johnny Cash, but I didn’t really understand the full depth of his writing until I bought that book about his lyrics that Don Cusic wrote. I started looking through that book and I was like, “Wow, this is some deep stuff!”

Byron Hill performs regularly throughout the southeast, usually on-stage with other award-winning songwriters performing the hits they’ve written for major artists. Learn more at ByronHillMusic.com, check out Byron’s music on SoundCloud, and buy his music on CD Baby.

8 thoughts on “Ask a songwriter: 5 questions for Byron Hill”