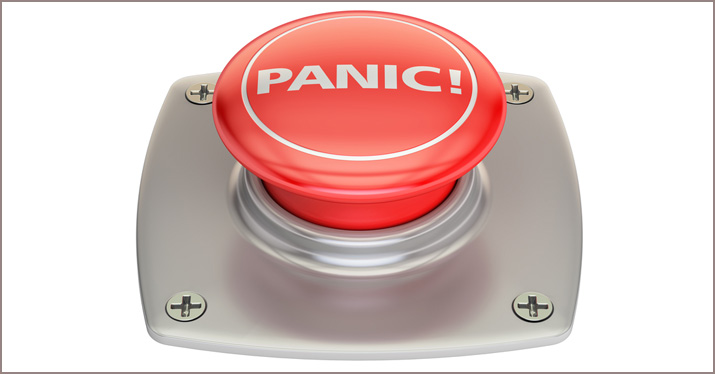 Regardless of how many times you’ve rehearsed, unexpected events can strike and go wrong on stage. Whether it’s equipment blowing up, power going out, your drummer suddenly having an incapacitating allergy attack, or some overly drunk fan trying to “help” you sing that final chorus at the mic, snafus happen to even the biggest artists at the classiest venues. So what can be done to deal?

Last month, I had the good fortune to take in two performances that turned out to be case studies in on-stage troubleshooting done right. The first was the Orpheus Chamber Orchestra, performing at Carnegie Hall with jazz piano pioneer Brad Mehldau as guest soloist and composer. The second was Pearl Jam blowing up the Barclay Center in Brooklyn. Both performances were outstanding, deeply musical experiences — but in both, the performers had something go wrong on stage.

Partway through Orpheus’ retelling of Beethoven’s Eroica Symphony, principal violist Christof Huebner had a string break — not an auspicious turn of events, especially in the midst of such a long and intense composition. Without missing a beat, he began repairing his instrument on stage, as assuredly as if it had all been choreographed (though the instrument’s malfunction clearly hadn’t been).

At one point, Huebner and his second chair violist switched instruments with the no-nonsense finesse of a football handoff and the second musician finished the job the first had begun. If you had been listening with eyes closed, you never would have known that anything was amiss.

Pearl Jam’s on-stage situation was more of an obvious interruption, but ultimately one that the group spun to endearing advantage. As one song began, it became immediately clear to the thousands of fans in the arena that the musicians were not synced up. Why? Who knows — but it was a false start for sure.

Recognizing that the band couldn’t recover, Eddie Vedder quickly killed the song, explaining with deadpan humor that the failed attempt was actually a new tune, to be released on another new album next year. The audience roared in approval and the song’s second start returned the band to its normal level of polished thunder.

Each group showed a level of performance mastery that allowed their respective shows to go on with verve, in spite of unexpected complications. In both situations, the audience didn’t flinch because the performers didn’t; Orpheus’ collaborative repairs and Vedder’s light humor and quick recovery showed a level of comfort on stage that set the audience at ease and made the hiccups, as potentially catastrophic as they may have been in less professional hands, into something else entirely. Neither performance came across as sloppy. Rather, they both had character.

For indie musicians of all stripes, maintaining confidence and control (or at least the appearance thereof) can go a long way toward smoothing over any rough edges when things go wrong on stage. Remember that your audience is (most of the time) rooting for you to win — and having them see you confidently navigate a dangerous situation might just make their experience all the more magical.

5 thoughts on “Making magic when things go wrong on stage”