Master remixer Justin Lassen talks about when, why, and how to remix your tracks and get the most out of the process 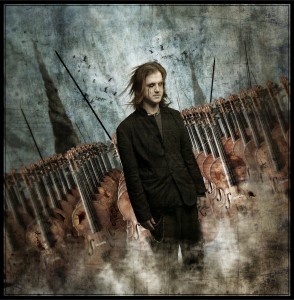 “A remix can breathe new life into a song,” says Justin Lassen, a veteran composer and electronic musician who has remixed tracks for Garbage, Nine Inch Nails, Madonna, and Lady Gaga. “Remixed songs can exist in a new world, with all-new fans who wouldn’t normally have even discovered the original artist.”

This is just one of the many reasons indie artists might be interested in rebuilding their songs, with new spirit and flavor, from the ground up. But when it comes to the nitty gritty of turning your recorded masterpiece into an even more compellingly remixed track, where do you begin? Here are eight tips to help you get started.

Choose the right moment to remix

Creating a great remix can take time, money, or both — so unless you’re doing it for fun or experimentation, when’s the right moment in your career to take the plunge?

“An indie artist in a niche genre like folk, indie, or metal — or even a more popular genre like pop, country, or Latin — should consider a remix when they are trying to bridge their music into a new subset of fans,” says Lassen. “If a pop artist wants to break into the electronic dance music world, then he or she should get a remix geared for that scene. The same goes for artists who want to license tracks to darker action movies. They might want to get remixes with a more industrial sound.”

When remixes arrive at the right moment, they can be powerful outreach tools indeed — Lassen attributes Gary Jules with introducing Tears For Fears to a whole new generation due to his almost-remix-like cover of the song “Mad World,” and Lassen says that similar things happen all the time.

“You’ll find that even a jazz record can have new life if you trust a remixer to take it in an unheard-of direction,” he says. “This also give you more licensing material for music for film or TV shows that might not accept the original version of a song, but like a remixed version better.”

Choose wisely between DIY and outsourcing

If an artist or band has a good grasp of how digital audio workstations (DAWs) work, and is comfortable using loops and effects, experimenting with do-it-yourself remixing may be a fun and fruitful use of time. Fresh loops can be purchased on the Internet with ease, for example, and many programs such as Logic come with libraries of loops and effects included.

“If an artist or band wants a truly cutting-edge remix, though, I would recommend outsourcing to someone who calls him or herself a remixer by trade,” says Lassen. “Remember that you’re not just paying for a great remix, but for the years of experience that he or she has put into learning the craft.”

If you want to “set it and forget it,” Lassen continues, trust a tried-and-true remixer — but if you want to experiment, more power to you. “The cool thing about remixing is that there is no right or wrong way to do it,” he says. “The whole point of remix culture is to take the content in a direction not thought of before.”

Get the right tools

If you plan on crafting your own remixes, investing in the right music software can make a huge difference in the efficiency of your work, and the quality of your output. “Sony’s Acid Pro 7 is still one of the top remixing apps in the world,” says Lassen. “They created the ‘ACIDized(tm)’ .wav/loop technology that most DAWs in the world adhere to. It’s an older application, but it’s just as powerful today as it was back in 1998 when it was first invented.”

Any digital audio workstation will have a beat-mapping utility that can be used for remixing, he continues. “Acid just makes it easy and powerful to paint loops into your stems, and explore without hurting the original files.”

Lassen further recommends looking into popular programs like Ableton Live, FL Studio, and Studio One, each of which “give you a plethora of effects, templates, and loops to work with when you’re creating new versions of your songs.”

As with any such tool, do your research, ask around, and try things out before handing over your credit card. Many programs have downloadable demo versions, and a visit to your local music store can give you the hands-on time you need to choose the right tool for you.

Regardless of whether you’re working with a separate remixer or diving in yourself, having your audio prepped ahead of time will get your remixing process off on the right foot.

“First off, make sure that your stems are rendered out to audio .wav files, starting at zero, so they all line up in the remixer’s DAW,” says Lassen, who also affirms that it’s important to know the tempo (in beats-per-minute) of your song.

“You save a lot of time just by providing BPM,” he says. “Sometimes artists forget what BPM they recorded at, so the remixer has to use beat-mapping technologies and plug-ins to figure it out. If you recorded at a pretty standard tempo — 120 or 140 BPM — it’s easy, but if you recorded a track live and the tempo is 117.43 or something like that, it becomes difficult to narrow it down.”

Lassen further recommends having both dry (no reverb or other effects) and wet (including reverb and all other effects) stems rendered, so you or your remixer will have plenty of options to work with. “The more choices that a remixer has, the better the remix you’re going to get,” Lassen says.

Finally, if you have any MIDI files corresponding to your song, send them along. “Most DAWs help you export .wav and .mid files form sessions today,” says Lassen. “You can save the remixer a lot of time and guess-work by including those as well.”

Remixing is literally an opportunity to re-imagine a track of yours as outlandishly as you might like, so let the sky be the limit.

“Sometimes just stripping away elements is a powerful way to go,” Lassen says. “Also, experiment with different rhythms, half-time or double-time feels, and different beats and programming approaches over different segments of the song.” Taking the time to try new things can lead you to unexpected gold. “You might find a new ‘hook’ you didn’t know was there,” Lassen continues. “You’ll be playing with the song one measure at a time, but it’s worth it.”

If you’re going to do a remix of a song yourself, don’t just overdub new audio on top of your original track and call it done, Lassen advises. Take the time to actually rebuild the castle from the ground up.

“It’s a mistake to remix from a stereo master .wav file,” he says. “If the track is already mastered and has all of its dynamics already defined, there’s only so much that a remixer can do with it. If you are going to remix, import the stems from the original session, mute everything, bring in elements one at a time, and figure out a game plan as to how you’re going to tell the story of the remix.”

If you’re hiring a remixer, finding the right collaborator is just as important as how you manage the collaboration.

“Understand the strengths and weaknesses of a remixer and pick someone whose work you absolutely love,” says Lassen. “Then trust them. A remixer who is told ‘do what you want and just make it rock’ is going to give you a better remix than someone you tell, ‘I want you to copy this, steal elements of that…’

“A remixer can do those things,” Lassen continues, but granting a good amount of creative freedom to your remixing collaborator can pay you back in dividends. “If you give too much direction, you’re missing out on a beautiful opportunity for the remixer to show you your song in a way you never imagined — which is the whole point of remixing!”

Get informed on music rights and ownership

When working with a remixer, having a written agreement is a very good idea in order to prevent legal misunderstandings, and there are a number of ways to approach issues of ownership and music rights.

“There’s an expensive buy-out option where you get to keep all the rights to the final remix, a mid-range option where you share royalty points and pay some amount of cash, and a cheaper option where things are just shared fifty-fifty,” says Lassen. “There is nothing set in stone about a standard payment rate, but each remixer has a precedent of what their value in the marketplace is, and that’s nothing to be afraid of.” In other words, go in with an open mind and be ready to negotiate. Also expect that, the more popular the remixer you’re trying to work with, the more you’ll likely have to pay for his or her services.

Even though a remix might have elements of pre-existing songs and elements, in many ways, it’s treated as a new work, receiving its own ISRC code in mastering, tracking, and sales. “Copyrights are something that can be negotiated between the remixer and artist or band,” says Lassen. “Again, there’s nothing set in stone. Some remixers are happy to sell their remix with a buy-out fee, while others prefer to maintain shared ownership. Depending on budget, some may just want to retain complete ownership and just license to the artist while taking a commission for creating the remix in the first place.”

If you’re unsure of how to proceed when it comes to ownership, contracts, or negotiations, consulting a music lawyer is a good way to go. Organizations like Volunteer Lawyers for the Arts can often provide good advice at indie-friendly prices.

So you have a brilliant remix in hand — what next?

“Release it! Share it on your online stores, use it for parties, giveaways, Internet radio, music licensing,” says Lassen, who describes the collaboration between artist and remixer as a truly “symbiotic” relationship. “One needs the other and one complements the other, and both take equal credit for the remix. And if you’ve got a remix made by a famous remixer, you can utilize their name in your marketing — and you can be sure the remixer will do the same with your name as well!”

Lassen points out that remixes can be a good loss-leader, a marketing tool to attract fans who will then find, and hopefully purchase, the original version of the song. He also recommends sharing your remix, for free, with top DJs in your area. “DJs are always on the lookout for the coolest, newest remixes,” says Lassen. “DJ culture is very competitive and they don’t want to be spinning the same Top 40 EDM tracks at every event. When you get access to something exciting and new, you not only help DJs look good, but you also open up your music to your remixer’s fans, and the DJ’s, fans as well. It’s a triple threat! You’ve instantly get the attention of people, in a confined space, who are forced to listen to your track,” he continues, laughing.

Michael Gallant’s debut trio album Completely has been included on NPR’s Weekend Edition and received a five-star review from Critical Jazz, which stated: “This, my friends, is the future of jazz. Fresh, invigorating, progressive – there are simply not enough positive adjectives to list here.” Learn more, download now through iTunes, or purchase through CD Baby. Follow Michael on Twitter at @Michael_Gallant.

Read More
Making Money With Music Licensing: Who’s Buying and How to Connect

Using a MIDI Controller In Your Home Studio

What Makes You So… “Eclectic?”