For music promotion, revenue, and audio fidelity, the independent musician still needs a physical CD to succeed in the music business 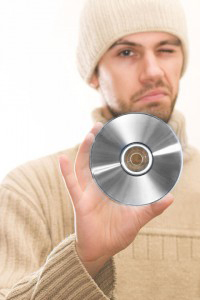 You may not know this, but Disc Makers has been in the music business since 1946. For any of you with the math and history skills to figure it out, we weren’t making CDs back in the early days. Disc Makers actually started out as the Ballen Record Company, a recording studio and record label in Philadelphia, PA. Founder Ivin Ballen built his own pressing plant to make shellac 78s for his label because there were no plants to contract his releases. Ivin built his entire factory and studio from scratch, and eventually began to take in work from other established labels. Within a few years the business had become a full-time pressing plant for third party labels, and Disc Makers was born.

We’ve seen music formats come and go (remember 8-tracks and cassettes?), but it was the convergence of the CD’s popularity and a steady decline in the costs of recording that led to a dramatic growth in our business — and the entire independent music universe. In the past 30 years of growth and change in the music industry, the physical CD has gone from the gold standard to being the leader of a handful of convenient, easily consumed forms of music delivery. Music streaming, MP3s, and digital downloads are in the race for most popular music delivery format, but the physical CD holds first place when it comes to music sales, revenue, music promotion, and branding for the independent musician. One bit of evidence that the CD is alive and kicking is the fact that Disc Makers had the biggest production month in its history last October, marking our most CDs manufactured in one month by nearly 10%.

Even with all the benefits of online distribution, independent music artists are ordering more CDs than ever, and there are plenty of reasons why.

Make money from CD sales
According to Nielsen SoundScan, consumers bought 193 million CDs in 2012 (vs. 118 million digitally downloaded albums). The fact is, the physical CD is still the most popular music format, and selling CDs is an integral part of any musician’s revenue stream. This is doubly true for independent musicians for a number of reasons.

Selling CDs online or downloads through iTunes and other aggregators is a smart move, but any independent artist who tours knows the majority of CDs they sell are sold from the stage. Think of it as a fan building and fan nurturing tool. It’s one of those moments where a fan, or soon-to-be-a-fan, craves immediate gratification and a remembrance of the event. A physical CD is the best format for live sales, and even more than being an impulse buy, it’s truly a matter of you creating a demand and being there to supply the goods immediately.

Make CDs for personal interaction with fans
You should consider the act of pitching your merch and CDs as an invitation for your audience and fans to have direct and personal interaction with you or your band. There is an art to the pitch, and those who take the time to create an interesting approach sell more CDs and gather more mailing list names for future promotions. If your invitation to meet you at the merchandise table includes a drawing for a free CD, your CD sales could go up 25%-50% for the night and you’ll collect a larger percentage of your audience’s contact information. That’s easy, low cost marketing that will pay off for years to come. Want to really personalize the experience? You can autograph a physical CD. You can’t do that with a download, and the same is true for sales around the holidays — you can’t wrap a download. There’s something about the tangibility of a physical CD that can’t be beat.

CDs outnumber album downloads
Physical CD sales outnumber album downloads (according to SoundScan, Hawaii and San Francisco are the only music markets in which people download more than they buy CDs). It may be hard to believe for people who are comfortable with the world of digital distribution, but there is a huge contingent of folks who don’t do digital, want a physical product in exchange for their money, listen to CDs in their cars, etc.

By the way, CDs don’t have to compete with digital downloads — they work very well together. A physical CD sold at a live shows often drive consumers and fans to an artist’s website, where they (should) have the option of downloading other content. Older libraries of work, bonus tracks, and slower moving titles will all benefit from the increased site traffic a CD can generate (which is made easy when you clearly print your web address on your CD packaging). Effective promotions include offering a bonus track online, downloads with the purchase of a physical CD, or including content on an enhanced CD.

High fidelity
When it comes to audio fidelity, a compressed music file like an MP3 is no substitute for what you get on a professionally manufactured CD. High compression rates on MP3s break down files so that they are smaller and take up less space. As a result, the audio fidelity is compromised. Most music listeners might barely notice the difference when listening through tiny ear buds, but when played in a car or on a home stereo system, the difference can be quite noticeable. Offering physical CDs gives fans the opportunity to buy your music at the highest level of clarity and audio fidelity available. Plus, once they have the CD, they can always import it for use themselves on their portable music players.

Make CDs for music licensing and radio airplay
CDs are the preferred format if you’re shopping your music for film, TV, multimedia, gaming, or licensing opportunities. An overwhelming number of music editors and journalists prefer a physical CD and press kit when being pitched an emerging (or even an established) artist. Radio stations still utilize CDs in their selection of music for radio airplay. And while many artists now feel no need to court major labels to achieve success, if you do want a label, music attorney, or manager’s attention, physical CD sales are the most important metric they’ll consider. If you prove you can move product, you’ve got a chance at impressing music executives.

The complete package
Your artwork and CD package allow you to further illustrate your album’s artistic statement. A great looking CD and your specific choice of CD packaging say something about you, and listeners experience the track sequence, pacing, and breadth of your work exactly as you intended. Singles certainly have their place and can spark interest in your act, but albums are the only way for you to create a thematic and sonic statement of where you are as an artist. A physical CD is a one-stop, self-contained collection that delivers music, graphics, artwork, lyrics, photos, and credits — all in a neat, compact package.

Your CD is your business card
What major music artist doesn’t have a CD? Just as a business card is the most basic element to legitimize a business person, a professionally manufactured CD demonstrates that you are committed to your career and is the most basic way to legitimize you as an artist. Giving a music business professional or potential fan a physical CD is the fastest way to get them to listen to you and take you seriously. Don’t make people work to hear your music!

Image of man with CD via ShutterStock.com.

Read More
Is Your Project Ready For CD Manufacturing? A DIY Album Release Checklist
Making Money With Music Licensing — Part I: Copyrights and Revenue
How To Submit Your Songs to Music Blogs, Record Labels, Radio, and Press
Countdown to Your Album
Make Your CD Release Gig A Special Night

13 thoughts on “An independent musician needs to make CDs”