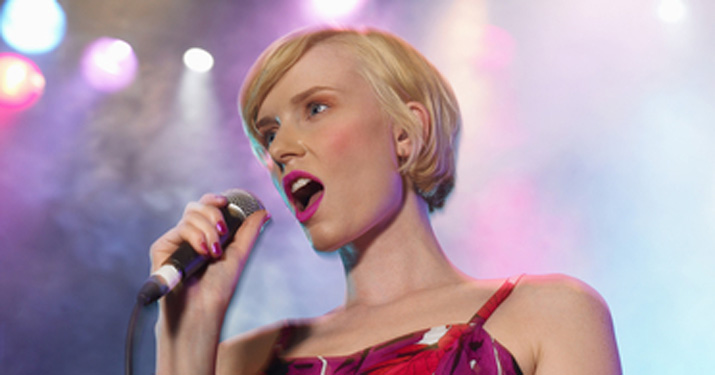 From the audience’s perspective, confidence, authority, and charisma are three ingredients to a memorable music performance

What does the audience really pay attention to when you’re standing onstage? Is it how great your music, your playing, your singing is? No, it’s not those things… it’s who you are.

Let me explain: Most of the people in your audience are not musicians, so when it comes to musical things, they’re ignorant. That doesn’t mean they’re stupid – they just don’t understand musical things.

That’s not an excuse to be bad musically! In fact, I want you to be as good as you can possibly be. But what an audience picks up on (especially when they see you for the first time) is how confident you are, how much authority you have, and how charismatic you are onstage.

Confidence, authority, and charisma aren’t about how much you move around onstage. I always say, “Who you are is more important than what you do.” Now, what you do onstage is important, and I’ll talk about that in my next blog. But this concept is so important I call it the foundation for your live show.

Authority comes from the inside out. Those with the most authority onstage have developed a belief system and wrestled with themselves, coming to the conclusion that this is their calling in life. It’s not just a way to become a star or make some money. And they’ve learned how to listen to and lead an audience.

Both you and I have been told many times that people just have “it” (charisma) or they don’t. I disagree. Charisma can be developed. I’ve worked with multiple artists over the years who are confident, learn to walk in authority, and develop charisma. Like many things, it’s a process.
One of the key components for developing charisma is taking risks, both in rehearsal and onstage.

Artists I’ve worked with who have confidence and authority also have a spontaneous instinct inside them – they sense when something should be done, even if they’re not sure what it is! But they will come up against a wall every artist I’ve worked with comes up to: fear. The fear to take risks. Artists with charisma have simply developed that sense of when they should take risks and they’re not afraid to act on it.

Make sure you’ve done the proper preparation for your show. Wrestle with yourself when you come up against your wall of fear – walk through it! I promise, you’ll see a better response from your audience when you’ve laid a good foundation.

Image of woman singing via ShutterStock.com.

Tom Jackson is a world renowned live music producer, author of the book Tom Jackson’s Live Music Method and the All Roads Lead to the Stage DVD series, and master at transforming an artist’s live show into a magical experience for the audience. A regular contributor to Disc Makers Echoes blog, Tom has worked with hundreds of artists in every genre, including major artists like Taylor Swift, The Band Perry, Jars of Clay, and more. He also shares his expertise as a speaker at colleges, conferences, and events worldwide.

22 thoughts on “Three keys to a compelling music performance”