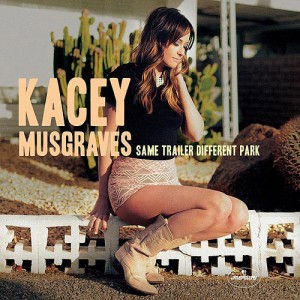 What will it take to get you to plunk down $10 to buy an album by an artist you’ve never heard of? For me, it was an email from one of my daughters suggesting an artist that she thought I might find interesting. She came across a review of Kacey Musgraves’ Same Trailer Different Park by NPR music tastemaker and critic Ann Powers, which she forwarded to me. At the time, the story included a “Listen Now” link and another to the iTunes music store, where I purchased the album. So there were at least two music tastemakers that got me to cough up the $10. I’ve since turned on five or six acquaintances to Musgraves’ album, so their music referral influence continues to spiral and grow.

Music referrals now trump radio, television, and the Internet as the most effective way to secure new listeners and buyers for your music. Each music referral can be a silver bullet that cuts through the overwhelming mass of unlistened to – and often mediocre – music that can be uploaded by anyone with a laptop.

Investing your time, talent, and emotional capital by sharing what you find compelling can help to not only build an audience for you and your own music, it can help you better define your brand. And these days, aside from the music itself, branding may be the most important element in determining who makes a living in music and who continues as an infrequently paid music hobbyist.

Prior to the Internet, tastemakers were a select group of media players including radio, television, and music reviewers writing in newspapers, liner notes, and magazines. If a radio station added your single and it got a positive response, you were in the game. A national television appearance ensured that millions of people would see and hear your act. A concert or album review in a regional newspaper would help leverage more and better gigs if the reviewer was known and respected. In these ways, music tastemakers helped define what got heard and what music remained anonymous.

“The tastemaker voice you develop can become integral
to your brand and ultimately to the image you portray in concert, back stage, in YouTube clips, and even on records.”

With the addition of a new set of tastemakers found on the Internet and satellite radio, traditional tastemakers now face stiff competition from a new and growing type of self-made music tastemaker: the savvy and articulate artist, musician, or fan. This new generation of music tastemakers follows their passion and doesn’t require a corporate office, a spot on the FM radio dial, or a printed entertainment section delivered by a news carrier. According to a recent MTV Research report, 64% of younger music fans “like to be the source for new music for friends.”

Getting a fan to listen to your music is great, and having a new reader add a bookmark to your blog is even better. The music tastemaker voice you develop can become integral to your brand and ultimately to the image you portray in concert, back stage, in YouTube clips, and even on records.

Amanda Palmer
Music artist and crowdfunding icon Amanda Palmer writes some of the lengthiest, thought-provoking, and challenging music/cultural opinions to be found online.  Amanda Palmer’s blog forms the cornerstone of her overall brand and image. Her voice is not meant to appeal to everyone, but that’s the point of becoming a tastemaker: you have to lead with your best and most articulate ideas and find fans for whom your ideas and inspirations resonate. If you voice strong opinions, as Palmer does, you’ll draw detractors, but that is the price of having your voice mean something – positive or negative – to a wider audience.

Palmer made a name for herself as a pianist, singer, and composer with The Dresden Dolls and as a solo artist, but the recent flap over her inviting local musicians to join her on stage without pay (after she raised more than $1 million via Kickstarter) resulted in an instantaneous and significant blowback from critics and some fans. Palmer eventually responded to the fall out by committing to pay all local musicians who perform onstage with her, but the process where fans and industry ranted about the inequality of her offer became an integral part of making Palmer an even more powerful tastemaker. It gives further credence to the concept of “any press is good press,” since it kept Palmer’s image and voice front and center in the blogosphere.

Little Steven
For more than a decade, Steven Van Zandt has hosted “Little Steven’s Underground Garage,” a Sirius/XM satellite weekly radio show that provides him a soapbox to share the music and ideas that make him tick. Better known in some circles as Bruce Springsteen’s lead guitarist and arranger in the E Street Band, Van Zandt lets you know in no uncertain terms what matters to him in music and why. As a result, he’s a very influential musical tastemaker that not only helps discover and share new music; he also takes his role as a mentor and teacher to the next generation of musicians seriously.

Each week, Van Zandt prepares a two-hour scripted radio show that not only showcases his extensive knowledge of past and present rock ‘n’ roll, he also features new and unknown bands that he feels merit attention from his more than 1.2 million listeners, further cementing his role as a tastemaker.

Little Steven’s passion for heartfelt, organic rock, played by musicians of all ages is the glue that holds his brand together. It ties his weekly broadcasts, his Wicked Cool indie record label, his own philanthropic efforts, and his ongoing film and TV work together, resulting in his larger brand. Take all that away, and you are left with a talented musician who plays in one of the most famous bands in the world: not bad, but not necessarily a tastemaker.

DJ Spooky
Paul D. Miller, aka DJ Spooky is an articulate author, composer, hip hop personality, and supporter of the arts. He regularly interviews musicians, artists, and thought leaders and serves as Executive Editor of the magazine Origin.

Being a tastemaker gives DJ Spooky a perfect platform to discuss his creative ideas and works with the people that care about it the most – his fans. Spooky chooses his projects carefully, whether it’s a year-long residency at the Metropolitan Museum of Art, a mash-up Radiohead cover, or new music influenced by Antarctica. He shares his art as well as the inspiration behind each project to engage his audience in a way that his music alone cannot do.

As you start your journey as a tastemaker, keep in mind the full range of words, music, photos, found objects, natural events, and whatever inspires, infuriates or motivates you to share your voice with your audience. Once you’ve joined the tastemakers’ club, you’ll find the rewards can be substantial to grow your brand.

5 thoughts on “Don’t Rely on Music Tastemakers – Be One!”