A guest blog post on fan funding from our friends at PledgeMusic.com. 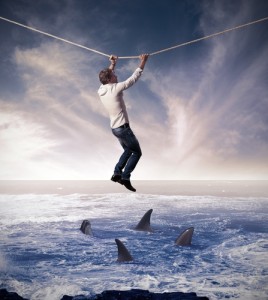 Imagine you’re planning to run for office – any office. How would you approach it? Would you wait until election day and cross your fingers, silently hoping enough people have done their research, know who you are, and will choose to vote for you? Not likely.

Any candidate worth his weight in salt will mobilize a team, get a feel for who’s on board, and work with that reality to make an accurate game plan for the future.

And so it is with the direct-to-fan crowdfunding model. Going straight to fans allows artists to take the temperature of their fan base and then make intelligent, informed decisions based on that understanding. Doing so from the very beginning also mitigates the menacing risk of the traditional model in which an artist (or label) is powerless to do anything other than guess and hope for the best.

Fan funding through direct-to-fan platforms puts you in the driver’s seat and enables you to make proactive decisions at every turn. No longer do you have to wait until after your album releases to see how fans will respond to it, who’s going to buy it and – gulp – if you will in fact be able to tackle the surmounting debt you’ve accrued in the process of recording, producing, mixing, mastering, marketing, and distributing.

By getting fans to pay up front for the finished product, you – the artist – know exactly what funds you have coming your way, completely forgoing the traditional risk of financing yourself with no guarantee of making your money back in the end. To put it quite simply: The direct-to-fan approach turns the traditional model on its head, giving power to the artist while simultaneously acting as an integrated marketing, pre-sale and funding tool, restoring ties between artist and fan and selling new music in the meantime.

Sounds too good to be true, right? Well, at PledgeMusic we’ve witnessed the success of the fan funding model time and time again, releasing multiple fully funded, pre-ordered albums every day. And the beauty is that the term “release” no longer means a blind jump off a diving board. To artists who are actively engaging fans through the entire process, “release” means the continuation of a journey that’s already well on its way.

How does this look practically? Going directly to fans means inviting them into that journey – telling them that you’re about to make something new and exciting and that you want them to be a part of it.

In the most common fan funding campaigns we see at PledgeMusic, an artist lists out a number of exclusive items or experiences that fans can gain access to by pledging on their campaign. It might be a signed vinyl or dinner with the band or any number of things, depending on the price point of the specific pledge. Pledgers also gain access to the new album as well as a series of exclusive updates from the artist.

We’ve found that these are exactly the types of offerings fans want. Superfans absolutely will spend money for experiences they cannot get anywhere else, and what that means for you is that yes, you get to fund your album before it releases, but that no longer becomes the focus of your campaign. You suddenly get to interact with and engage with fans in a way you weren’t able to before, and that’s a hugely rewarding process in itself.

PledgeMusic founder and CEO Benji Rogers often tells a story of meeting up with a member of a favorite band after a show and asking where he could purchase some of the new songs they had introduced that night. Rather than pointing him to a campaign in which he could immediately get involved with the making of that record, pre-order the music and get instant downloads, Rogers remembers hearing the same old, “We’re planning to release it early next year.” As he and any music fan will tell you, that’s the moment you’ve lost an instant fan and also a customer.

So, what will you do when it comes time to release your next project? Will you go the journey alone and hope for the best or will you pull back the curtain, invite your fans into the process and fund it before it’s ever hit the record press? The choice is yours, of course, but we’ve found the latter to be quite effective, not to mention fun – and much less risky.

PledgeMusic is a music company offering artists a new way to take control of their careers by helping artists fund, market, and release whatever music they want to make. PledgeMusic helps and encourages artists to participate with their fans in an exciting and unique way by creating an irresistible customized menu of exclusive content and experiences that integrates email databases, Facebook fans, Twitter followers, and various other social networking sites. Learn more at PledgeMusic.com.

Read More
Fan Funding: Should You Ask Your Fans for Money?
Where Social Meets Creative
Countdown to Your Album
To CD or Not To CD…
Make Your CD Release Gig A Special Night