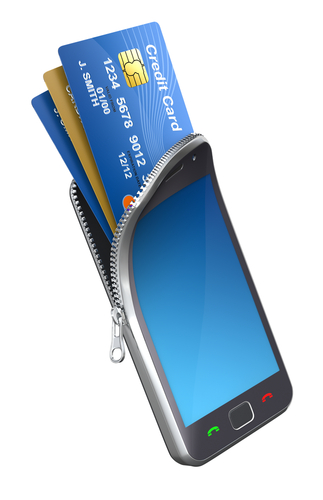 In 2010, I stopped into a small San Francisco café for a cup of coffee — and inadvertently caught an early glimpse of what has since grown into a widespread, highly useful, and very cool technological trend. I wasn’t thinking at the time how it could affect my music sales, but it didn’t take me too long.

When I asked the clerk if I could pay for my order by credit card, he smiled, pulled out his iPhone, stuck a small plastic cube into the headphone jack, and proceeded to swipe my card through it. He had me sign with my finger on the phone’s screen and seconds later, a receipt showed up in my email. Pretty amazing, I thought.

Three years later, and miles outside of Silicon Valley, mobile credit card swipers like Square have become more and more ubiquitous amongst small businesses and artists alike, with Square on sale at Starbucks and Apple stores and companies like PayPal, Intuit, and others are getting in on the game as well. With the release of my most recent album, I’ve started carrying a Square reader in my pocket wherever I go — and if you’re an independent musician with albums or merch to sell, I encourage you to consider doing the same to boost your music sales.

Setup is relatively simple, though details vary depending on which service you use. For Square, I registered online, linked my Square account to my business checking account, tested everything out, and that was it. Whenever I take a payment via credit card, Square collects the funds, removes its processing percentage fee, and deposits the remainder directly into my account. Services like Square generally take a little below three-percent of every transaction. If you’re making a considerably large and regular number of credit card sales, you can save money by opting for a monthly subscription fee instead of a pay-per-swipe arrangement.

The ability for me to accept credit card payments on the fly has significantly increased my CD sales at live shows, especially when I’m playing in urban areas with audiences that live and die by plastic. It’s also made impulse buys more frequent and easy. I’ve had unexpected conversations with new or old acquaintances who have expressed interest in buying an album but didn’t have cash on hand; when I’m able to pull Square and a copy of the disc out of my pocket and offer to take payment via credit card, they are often excited to oblige. Plus, it means that I don’t have to worry about carrying change on me, or dealing with “I’ll buy it online” promises that rarely materialize into music sales.

There’s also the coolness factor. While technologies like Square are indeed becoming more and more popular, they’re still new enough to elicit wide-eyed looks of wonder from grown adults (jaded New Yorkers included). For now, at least, paying for an independent album via credit card on someone’s smart phone, and signing with a swipe of your finger, is fun.

Another bonus I’ve discovered is that working with a utility like Square helps me more easily track CD sales, which is especially useful when it comes to dealing with sales or income tax. If you’re used to handling album and merch sales as under-the-table cash transactions, though, be wary if you decide to start using a credit card swiper. Digital records of your transactions will exist, and therefore you may want to reconsider how you handle such business.

The downsides? Given my own experience, the only negative I can point to is having to share some of my proceeds. That said, 2.75% of a $15.00 CD sale rounds to $0.41, which still leaves me with a very respectable $14.59 to take home. For the convenience, and additional album sales Square has allowed me to make happen, it certainly feels worth it.

Michael Gallant’s debut trio album Completely has been included on NPR’s Weekend Edition and received a five-star review from Critical Jazz, which stated: “This, my friends, is the future of jazz. Fresh, invigorating, progressive – there are simply not enough positive adjectives to list here.” Learn more, download now through iTunes, or purchase through CD Baby. Follow Michael on Twitter at @Michael_Gallant.

Indie Touring Posts – How to Be a DIY Tour Pro