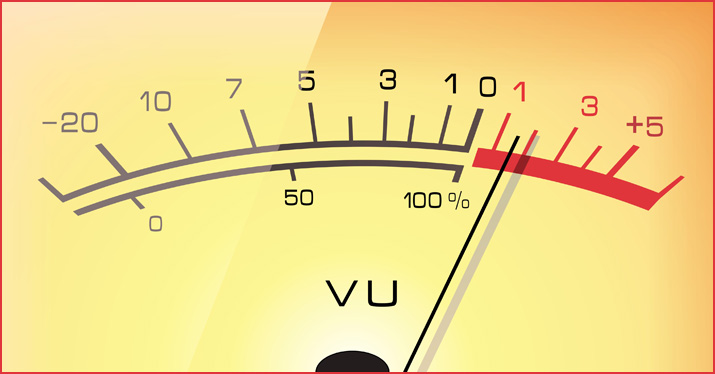 The primary goal of audio mastering is fairly simple: prepare a recording for distribution and ensure it sounds better going out than it did coming in. 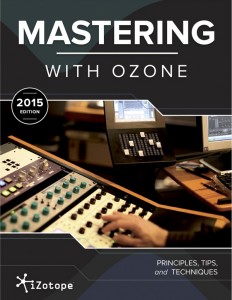 This post on audio mastering is excerpted and adapted from Mastering with Ozone, a guide produced by our friends at iZotope. Reprinted with permission.

Audio mastering is often thought of as a mysterious art form, but its primary goal is fairly simple: to prepare a recording for distribution while ensuring it sounds better when it goes out than it did when it came in.

It all begins with the mix

You’ve just finished mixing what you think is a pretty good recording. The playing is good, the recording is clean, and the mix is decent. You export a file or burn it to a CD and proudly pop it in your audio player, yet when you hear it played next to a commercial track from your favorite artist, you think that somehow your recording is missing that sonic “X factor.” You can’t help but wonder, “What’s wrong with my recording?”

What do I do now?

“Loud” records are a result of good writing/arranging/mixing AND mastering. They are made to sound GOOD and loud (if loud is what you are after) from the get-go, not just at the end. Once you have reached the final step of mixing with something that represents your best effort, then it’s time to dig in and see how much further mastering can get you toward the sound that you hear in your mind’s ear.

Although there are many definitions of what mastering is, we’ll refer to mastering as the process of taking a mix and preparing it for distribution. In general, this involves the following steps and goals:

1) The sound of a record. The goal of this step is to take a good mix (usually in the form of a stereo file) and put the final touches on it. This can involve adjusting levels and general sweetening of the mix. Think of it as the difference between a good-sounding mix and a professional-sounding master. This process can, when necessary, involve adding things such as broad equalization, compression, and limiting. This process is often actually referred to as pre-mastering in the world of LP and CD replication, but we’re going to refer to it as mastering for simplicity.

2) Consistency across an album. Consideration also has to be made for how the individual tracks of an album work together when played one after another. Is there a consistent sound? Are the levels matched? Does the collection have a common character, or at least play back evenly so that the listener doesn’t have to adjust the volume? This process is generally included in the previous step, with the additional evaluation of how individual tracks sound in sequence and in relation to each other. This doesn’t mean that you simply make one preset and use it on all your tracks so that they have a consistent sound. Instead, the goal is to reconcile the differences between tracks while maintaining (or even enhancing) the character of each of them, which will most likely mean different settings for different tracks.

3) Preparation for distribution. The final step usually involves preparing the song or sequence of songs for download, replication, and manufacturing. In the case of a CD, it can mean converting to 16 bit/44.1 kHz audio through resampling and/or dithering, and setting track indexes, track gaps, PQ codes, and other CD-specific markings. For web-centered distribution, you might need to adjust the levels to prepare for conversion to AAC, MP3, or hi-resolution files and include the required metadata.

Mastering effects
Mastering engineers typically work with a set of specific processors.
– Compressors, limiters, and expanders are used to adjust the dynamics of a mix. For adjusting the dynamics of specific frequencies or instruments (such as controlling bass or de-essing vocals) a multi-band dynamic processor might be required. A single band compressor simply applies any changes to the entire range of frequencies in the mix.
– Equalizers are used to shape the tonal balance.
– Reverb can add an overall sense of depth to the mix, in addition to the reverb that may have been applied to individual tracks.
– Stereo Imaging can adjust the perceived width and image of the sound field.

1) Have someone else master your mixes for you.
2) Take breaks and listen to other CDs in between sessions.
3) Listen on other speakers and systems.
4) Check how it sounds in mono.

1) Too muddy? Try cutting between 100 to 300 Hz.
2) Too nasal-sounding? Try cutting between 250 to 1000 Hz.
3) Too harsh-sounding? This can be caused by frequencies in the range of 2000 to 3500 Hz. Try cutting this range a few dB. Hopefully, using a band or two in these regions will give you a better sounding midrange. A common technique is to start by boosting a band to dial in a region of the spectrum that contains too much energy, and then cutting it once you’ve centered on the problem area. You’ll get the most natural sound using relatively narrow bands when cutting, but when boosting, wide bands generally sound more musical (a Q less than 1.0).

The 2015 Edition of Mastering with Ozone was revised by Jonathan Wyner, iZotope’s Education Director. Jonathan is the Chief Mastering Engineer and founder of M Works Mastering Studios (m-works.com) in Cambridge, Massachusetts. Over the past 25 years, Jonathan has mastered more than 5,000 CDs, with notable credits include Aerosmith, David Bowie, Cream, Aimee Mann, Rahsaan Roland Kirk, Nirvana, and many more. In addition to his mastering projects, Jonathan regularly opens eyes and ears to the art of mastering as a faculty member at Berklee College of Music.

Download your free PDF of Mastering with Ozone. Learn more about iZotope at iZotope.com.