The democratization of video has its upsides and down. Here are six tips to help you control online music videos featuring you – the ones you like… and not so much. 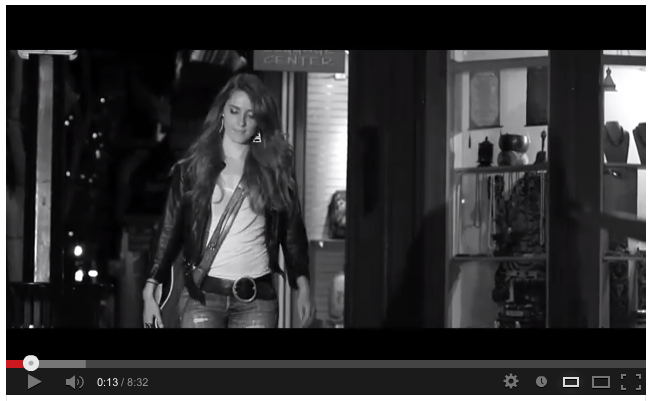 Thanks to smart phones, digital video cameras, and services like YouTube and Hulu, sharing online music videos with viewers around the world has never been quicker, easier, or cheaper. In a pinch, you can post a personal greeting to fans to announce your next album release, share snippets of your latest rehearsal or gig, or create something completely unique that makes your music shine far and wide.

On the flipside, the democratization of online video means that you never know what clips will show up where — say, an unflattering, low-res, audience-shot video of that embarrassing moment last show when you had a coughing fit mid-chorus and fell off the stage. The prevalence of online video also brings up new questions when it comes to respectfully engaging with band mates and fellow artists: What’s appropriate to post and when? Here are some tips from seasoned independent musicians to help you figure out how best to manage your own online music video presence.

Research other music artists
Before locking in a game plan to help manage your own online video presence, spend some time on artist websites and YouTube to see how others approach such things. If one artist only has a small handful of high-gloss, professionally shot and edited online music videos and that leave you with a good impression, take note; if another has over a fifty quick “song of the week” videos and that seems equally cool, file that away as well.

More importantly, look for what turns you off most: low quality of performance, sound, or video; attempts at humor that don’t quite work; too many cats; or anything else. Try to avoid replicating similar qualities in your own online presence.

Pre-empt problems before you record
One of the best ways to avoid dissonance related to video is to communicate before anyone hits record or upload — especially when it comes to shooting and posting live shows that you’re playing in.

“If you’re filming one of your gigs, it’s definitely important to let people know beforehand,” says San Francisco singer and songwriter Megan Slankard. “Especially if it’s a big video shoot, download a standard video waiver from the Internet and have everybody sign it. If you have a falling out with a band member or suddenly get super huge and famous, it’s better to be safe.”

Honest, direct, respectful communication can also help if you’re on the gig and see someone filming when you don’t want them to. “If there’s a specific person who is shooting, I have mentioned that, if they do want to post a video publicly, then they need to have my permission as well as the band members’,” says New York bassist and band leader Linda Oh. “Or, I’ve seen other musicians politely mention on mic not to take videos, as the sound from iPhones is not the best representation of our music.”

Slankard has taken similar proactive steps to stop problems before they start. “I remember emailing somebody who I knew was filming and saying, ‘Hey, there’s that one song that I played that I totally messed up. Do you mind not posting that?’ In general, people are super gracious. Most people who will be shooting video of you at shows are your fans and would never want to post something that makes you look horrible.”

Especially if you’re shooting a music video and have a bunch of friends coming to be in it, Slankard continues, getting everyone to sign waivers as soon as they come through the door can save you headaches down the line. “If you’re shooting a big show, you have a couple hundred people there, and you don’t have the ability to have everybody sign a waiver, let your fans know ahead of time, maybe put up some signs, and film yourself telling the crowd that the show is getting recorded,” she continues. “You can even point out where the cameras are so people can avoid them if they want. That way nobody gets offended.”

Take action when needed
Sometimes, videos that you really, really don’t want online can pop up. If that’s the case, a simple, straightforward email to the person posting is the best way to start. “I have asked people to take online music videos down for reasons such as poor sound quality or not-yet-released material,” says Oh, pointing out that, similar to Slankard’s experience, most people are accommodating of such requests.

In some cases, though, people can be jerks. In Oh’s case, a film student posted videos of not-yet released music from her latest recording session without her permission, and refused to take them down. “The younger YouTube generation needs to be aware that musicians have rights as to what gets posted and what doesn’t,” she says. “It cannot be an accepted practice for people to film musicians without their permission and post it publicly, even if they think the music is great.”

If you find yourself in a difficult spot with online video, or feel that your copyrights are being infringed upon and you want to take action, you can submit a notification directly through YouTube. If you want legal advice on video-related matters, ask around for a referral to a good, local copyright attorney; lawyers can be pricey, though, so keep organizations like New York’s Volunteer Lawyers for the Arts and California Lawyers for the Arts in mind as resources as well.

Set a high bar with videos you post
It’s impossible to monitor all random public videos, comments Oh. But one thing you do have complete control over are the online music videos you post yourself.

“Think quality, not quantity,” Oh advises. “When I was starting out, I was trying to post snippets of things that had poor sound quality, low resolution, and barely a full take of a song.” She has long since taken such videos down, she continues. “It makes a big difference having nicely shot clips with good sound.”

Slankard offers similar advice. “Personally, I have a high standard and I’m very critical of my own performances,” she says. “I try not to post videos that have mistakes or are out of tune, or where you can’t listen without the sound distorting. If I want to post a video that I’m going to be actively promoting to my audience, I get lots of opinions from my band members and my manager,” she adds. “Input can be really helpful, especially from people who I trust to tell me if something sucks and explain why.”

In practical terms, setting a high bar begins with thinking twice before posting every single bit of video you shoot. It can also mean planning, budgeting, and networking further ahead to try to get quality video and audio recording capabilities set up if you want to shoot an upcoming gig.

“Take the time to make something cool, and you don’t have to have a ton of money to do it,” says Slankard. “When I was working on my video ‘A Token of the Wreckage,’ people wanted to volunteer time. It was a fan-funded video, and we shot it with professional quality without having to spend an arm and a leg.”

Emphasize the videos you like
Sometimes the best way to negate the effects of unflattering videos is to create, and aggressively promote, great ones instead.

“If I have stupid videos up there that don’t represent me, I can counteract that with videos that do represent me,” says Slankard, noting that posting videos from a show where she is thoroughly rehearsed and has good sound can go a long way towards accomplishing such a goal.

“When people are searching for videos online, they’ll be attracted to ones that are well made and sound good, rather than crappy iPhone ones. Especially if there are lots of videos up there, posted by other people, that you’re not happy with, make sure that there are also videos that people can go to that are of high quality and represent you well.”

Slankard further advises pushing the music videos you do like amongst your core fans. “Aside from having entertaining and beautiful-looking and -sounding videos, asking your fans for a quick favor can help a video go viral in your own little circle,” she says. “Personal emails and phone calls can be very effective – ‘Hi Joe, I just made this video and noticed that you clicked like. Would you help me out by posting it on your page?’ It can be exponential, because if someone posts it on his or her Facebook page, other people might see it and repost. The more you can do things like that with fun videos that represent you well, the less other videos will matter.”

Remember what’s important
Regardless of how you try to manage your online video presence, don’t lose perspective by getting caught up in the details. “At the end of the day, it’s about respect between people taking this footage and the artists, or between leaders and sidemen,” says Oh.

For Slankard, the core of online video is the connection it provides with fans. “Your fans’ time is so valuable, and you don’t want to waste it,” she says. “I’ve done a lot of things right and a lot of things wrong when it comes to online video,” she continues, laughing, “but if what I’m doing online entertains them, makes them smile, or makes them feel more connected to the music, then I’m on the right track.”

Michael Gallant is a musician, composer, and journalist living in New York City. Music from his debut trio album Completely was featured on NPR’s Weekend Edition and received a five-star review from Critical Jazz, which stated: “Fresh, invigorating, progressive – there are simply not enough positive adjectives to list here.” Learn more, download through iTunes, or purchase through CD Baby.

Read More
Why You Want A Music Video
How To Leverage Your YouTube Music Channel
How To Get Your Music Video Viewed 1,000 Times In One Day
Wait! Don’t post that music video on YouTube without a sync license!
Recording Your Live Gig, Pt. 1: 8 tips to get the most out of your live recording

2 thoughts on “Managing your online videos”