You’ve spent countless hours writing, revising, and rehearsing, and now it’s time to take your material to the stage and wow some audiences. While a tour bus, road crew, and booking manager are helpful when it comes to worldwide — or at least nationwide — musical domination, gigging locally and building a live following, honing your chops, and refining your performances is the recommended first step. Here are a few music promotion strategies to help you get attention for your music on a local level. 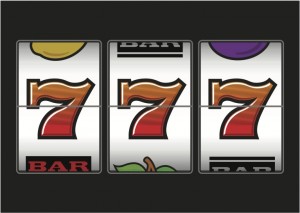 Make your gig an event
If you’re trying to make a splash on a local level, New York recording artist Nisha Asnani recommends a focused approach to your music promotion — plan a single show and make it big.

For her EP release party, which happened at The Bitter End in New York City in 2011, Asnani planned months in advance, refining arrangements, rehearsing, and gathering musical collaborators, who ended up including multiple string players and a horn section made up of friends and colleagues. "I wanted that awe factor, for people to be overwhelmed and enveloped," she says.

By focusing her efforts on a single, explosive event, Asnani created an experience that continues to pay her back in dividends, even two years later. "People still remember that show and talk to me about it," she says. "When they think about me and my music, it’s something that they can reference, and those memories have helped open doors for me. Most of my shows are pretty intimate," she adds, "but this was an example of how large I can go in a performance. I’m grateful that it really seemed to stick with people."

Take risks
If you heed the above advice, take note: The bigger the show you put on, the bigger the choices you have to make, Asnani says, and therefore, the bigger risk you run of making choices that not everybody in your audience is going to like. But that can be a good thing.

"When you make a big statement, you can alienate people, and that’s important to do," she describes. "Don’t be afraid to be very specific in what you do. Even if you fail, you have a better chance of learning more and being more powerful and effective the next time. If you just go middle of the road and wishy-washy, and try to make everyone happy, you’re going to end up with more questions than answers."

Making strong choices about your music and performance can also help you find your local audience more quickly; if it’s readily apparent who loves your music and who is angling for the door, you can use that knowledge to better focus your next gig towards members of your community who will truly dig what you’re presenting.

Establish a residency
The Bravery is just one example of a band that effectively grew its career by playing a residency, a.k.a. a series of regular shows at the same venue.

"One good thing about a residency is that, even though people might have busy schedules, it gives everyone who wants to see you multiple opportunities to do so," says Asnani.

Playing a residency can also give local friends and fans a chance to see you grow and change show to show. "I have a friend who came to a few of my shows and she told me how interesting and exciting it was," says Asnani. "She felt like she was on the journey with me, getting a glimpse into the process."

One key element of playing a successful residency is avoiding, as Asnani puts it, "saturating your draw" — in other words, playing too often in the same area so, eventually, nobody shows up. If the venue you’re playing at is a restaurant, bar, or other locale with a regular built-in crowd, this can be less of a concern. But if you’re the sole magnet drawing people in, consider pushing for a residency schedule that has you playing closer to monthly or bi-monthly, rather than weekly — whatever timetable will allow you to do your music promotion thoroughly and get a reasonable crowd through the door.

There’s no hard formula for setting up a residency, but building up relationships of mutual respect with local venue owners and bookers is always a good step. It’s also important to make sure that you have enough material, or can develop new material quickly enough, to keep each show fresh, as it’s a rare fan who will come back to see you play the same eight songs in the same order, show after show and week after week. If you’ve found a venue that feels like it could be a good musical home away from home for a little while, and the folks in charge seem friendly enough to be open to such a thing, bring up the subject and see where the discussion goes.

While playing a residency can help you build a reputation and solidify a following, Asnani is quick to point out that a focus on honing your craft is key to the success of any series of shows. "It’s about getting in and doing the work," she says. "You get to try new things, see what works and what doesn’t, and come back and do it better the next time."

Host something
Whether it’s a jam session or open mic night, late-night community radio show or music appreciation meet up, hosting something musical on a local level can help you build relationships within your community, hone your chops as a performer, and serve as great music promotion by getting the word out about you and your music.

"I created an open mic to serve the artistic community that I was connected to and to give everyone an opportunity to network," says Asnani. "It works great, because I get to help other people like me and see what they’re doing artistically. It’s also great that I often get to perform myself and show my work to a new crop of people each week."

Asnani emphasizes that the community aspect of serving as a host is key, especially for musical artists with big ambitions. "The label structure isn’t what it used to be, and I believe that artists who band together, come up together, and share resources are all stronger for it," she says. "If you share ideas and do your best to provide both feedback and connections to people in your community, it can make a big difference when it comes to getting known and getting seen."

Diversify
Even if your true musical passion is your own personal blend of trip-hop and bluegrass, don’t hesitate to get your feet wet with other local artists, bands, and projects. Playing, writing, producing, or recording with other like-minded folks can help your name get out within your area ’ and next time you have a local show of your own to publicize, you have that many more people in the music world to share the news with.

Furthermore, don’t forget that more hours logged making music with different collaborators means more unexpected eyes and ears reached. You never know who’s watching or listening, and that killer guitar line you’re laying down to back up your friend’s singer/songwriter set may just be the key to opening up your own next exciting opportunity.

Reach out to local media
Just last month, I wrote about if or when to start working with a music publicist — but when you’re trying to get noticed on a local level, there’s quite bit of effective media outreach that you can do on your own.

Small newspapers, college radio stations, community blogs, and area-based tourism magazines can be good media outlets to target. If you happen to be a member of an ethnic or religious group that has community-specific publications in your area, check out those as well.

Generally speaking, the smaller the media outlet, the easier it will be to get access to an editor, writer, or producer in order to introduce yourself and make your pitch. As with any such interaction, keep your story short, focused, confident, and respectful. If you’re doing something that’s interesting and different, any such publication could well be interested in sharing the latest about your new show or album release with your neighbors.

Keep pushing
There’s no guaranteed timeline when it comes to building a name for yourself and your music on a local level, so persistence and patience are key. "I always think it’s bullshit to wait around for other people to give you opportunities," says Asnani with a laugh. "If you want opportunities that you’re not getting, it’s your responsibility to create them for yourself."

Asnani points out that locations like New York City and Los Angeles, by their nature, can offer more opportunities than others. But she also notes that, regardless of whether you’re in a small town or urban metropolis, the same principles apply.

"I always produced my own shows, sought out my own venues, found my own musicians, and so on," she says. "It’s important to create your own events and opportunities and cultivate contacts wherever you are, to be as present and positive as possible as part of the musical community in which you want to live and work."

Michael Gallant is a musician, composer, and journalist living in New York City. Music from his debut trio album Completely was featured on NPR’s Weekend Edition and received a five-star review from Critical Jazz, which stated: "Fresh, invigorating, progressive — there are simply not enough positive adjectives to list here." Learn more, download through iTunes, or purchase through CD Baby.

Read More
Are You Ready to Work With a Music Publicist?
Freshen Up Your Live Show — 5 Ways To Spruce Up Your Live Music Performance
Indie Touring Strategy: Getting Out on the Road
Gigging and Touring as an Indie
Indie Touring Posts — How to Be a DIY Tour Pro