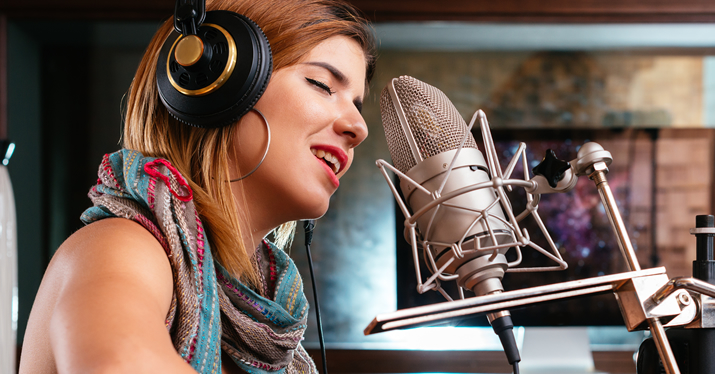 Owning your master rights is one record deal point you can’t afford to ignore.

For decades, artists who signed a record deal with a label were expected to turn over the master rights to their sound recordings – the actual studio/live recordings of their material. This is often confused with general song copyright ownership. As part of a typical record deal, relinquishing your music’s “master rights” was part of how an artist secured the financial support of the label to pay for the recording and release of the record.

With the music master rights under their control, labels could then license the master recordings to third parties for placement in TV or film, use in commercials, or for use in another work (e.g. sampling) without the artists’ consent or monetary gain. Unless an artist had earned back all the money invested by the label in the recording and promotion of a record, all master license fees would stay with the label.

Songs that become hits can command master license fees as high as $100,000 or more. If the artist has repaid the label’s investment (aka advance) through record sales (or earned artist royalties, a process known as recoupment), then the artist may share in some of these third-party master license revenues. But often, the record labels are able to keep all this additional income.

With the dramatic increase in music licensing and the increase in the percentage of revenue this represents for indie and major artists, retaining the master recordings of your music is ever more important. Furthermore, there are now hundreds of channels for people to discover and enjoy music that didn’t exist even a decade ago, including streaming sites like Pandora, Spotify, and Rhapsody; download sites such as iTunes, Amazon, and eMusic; mobile carriers such as Cricket; and hundreds of unauthorized sites around the globe. For most of these new legal music delivery systems, playing a recording results in a payment to the master rights holder.

Songwriters – or more correctly, copyright holders – have always been compensated for the use of their songs, whether it was via traditional radio or new streaming services. With the rise of more and more new outlets for music consumption, music master rights are an essential asset to leverage for artists and labels to earn money.

This brings up the question, “Should an artist try to keep his master recordings, or sign them over to a label to secure a deal?” There’s been little change from the perspective of the labels: they clearly understand that holding the master rights can generate income. But artists and managers are recognizing that there are options to retain the rights to the master recordings and still work with a record label to help build an audience willing to pay for music.

Here are three options to consider when negotiating with a label to insure that as an artist, you will benefit from the increasing array of earning opportunities that accrue to master rights holders.

1. Pay to record your album

The cost to produce a high quality album in the 20th century often would exceed six figures. What new band had a cool $150-300K to drop on studio recording and associated costs? Labels provided that infusion of cash, which resulted in a professionally-recorded commercial release.

Today, artists have a range of options to record for much lower studio rates, or record their project at home using pro-quality systems. Many artists use a blend of both, choosing to track at a professional studio, and then complete the album at home, before using a top mastering engineer to polish the final release. The net result is that many artists are recording albums for a fraction of what is used to cost. For an artist who can afford to cover this expense, it provides a strong advantage, as they don’t need a label to pay for the recording.

With a recording that is comparable in quality to what’s on the charts, you will be in a strong position to look for a deal with a label that leaves master rights ownership in your hands and saves the label the time, expense, and uncertainty regarding whether your recording will result in a quality master.

Let’s say you don’t have the resources to record your own album, but have a strong set of original music and interest from a label. In the process of negotiating a record deal, you can work to secure return (aka reversion) of master rights to you after a pre-determined period of time. Unless the album or a particular master becomes a mega-hit, many albums have a product life cycle of 1-3 years before a new recording by the same artist takes center stage.

By securing a clause specifying that master rights ownership will revert to you after a period of time (say 2-5 years), the label would likely have earned the majority of the revenue likely to accrue from that project. Remember, if you do regain your master recording rights, it will be up to you to secure and negotiate licensing deals. The label will no longer have any interest in helping with any such deals, as they would no longer earn any money from them.

Another variation is to insert a clause that states that should the label no longer offer the master recording for sale (usually dubbed “deleting the album from their catalog”), then the rights to the master – as well as the rights to sell the recording – immediately reverts to the artist.

In this option, the artist and her team of advisors has made the decision that they don’t want to be in the music licensing business, so they cut a deal to have the label act as the master licensing representative for the sound recordings. Similar to the P&D deals (Pressing and Distribution) used by savvy artists, a “master license deal” cuts the label in for 15-25% of all licensing earnings. This allows the label to secure and share in master license revenue, while allowing the artist to retain a majority revenue share and ultimate control of his or her master recordings.

One more important piece of the puzzle of earning money with your master rights is joining the digital performing rights society, Sound Exchange, assuming you own your own masters. Membership is free to all master rights holders, whether it is a label or an indie artist. Featured recording artists may also join. According to their website, “the royalties that SoundExchange collects and distributes are for the featured artist and the sound recording copyright owner. ASCAP, BMI and SESAC collect and distribute royalties for the songwriter, composer and publisher.” So even if you are receiving royalties now for the use of your songs on radio or TV from ASCAP or BMI, if you also control your masters, Sound Exchange will pay you digital performance royalties for spins of your masters on satellite radio (Sirius/XM), Internet radio (Pandora, Spotify, LastFM, Rdio, etc.), webcasts, cable music channels, and other digital streams. (See SoundExchange’s FAQ page for more on how the service works.)

In large part, the basis for a successful career in the music business relies on establishing predictable and stable income sources. For previous generations, this meant selling records, touring and gaining airplay for your music. Today, there are many more paths to building a successful career, to the point that Kevin Kelly, Editor-At-Large for Wired Magazine has suggested that if a solo artist has 1,000 true fans, they can have a viable career. This flies in the face of the view that an artist’s success relied a radio hit, and/or being backed by a major label.

One of the keys to monetizing your own creativity is to maintain control of as much of your content, or IP (intellectual property), as possible, which includes retaining your master rights. The more you know about the music business, the more you’ll see that the smartest players always know when to retain 100% control and when to enter into some type of partnership deal, giving up some control to maximize revenue. A perfect example is the band Radiohead, who chose to use a major affiliated distributor, XL Recordings, to mass market their game changing album, In Rainbows, after they made the download available worldwide to their fans on a “pay what you want” model. The band’s true fans got it right away and paid what they felt was fair. More casual fans could shop for the CD a few weeks later at all major record retailers.

Ultimately, it’s only by retaining some or all control of your master rights and other creative endeavors that you’ll be in a position to maximize your earnings throughout your career. More and more artists are discovering that it is possible to manage their own careers and make a living, and maintaining control of their creative works is central to this new paradigm.

Keith Hatschek is a regular contributor to the Disc Makers Blog and directs the Music Management Program at University of the Pacific. He has also written two music industry books, How to Get a Job in the Music Industry, which just came out in its third edition, and The Golden Moment: Recording Secrets from the Pros His latest book, The Historical Dictionary of the American Music Industry, has just been published in fall 2018. Keith was recently featured offering a range of music industry career advice in Episode #33 of the Scharff Brothers’ Mentoring for the Modern Musician Podcast.

37 thoughts on “Retaining your master rights is smart business”