Fan funding isn’t about handouts, it’s about providing a shared experience with your fans

It’s a question that lingers in the mind of every modern independent artist: Should I go the route of fan funding and ask my fans for money? 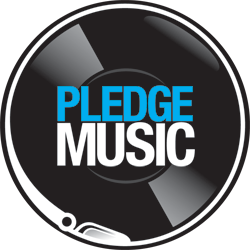 We’ve all been on the receiving end of at least one email from an ecstatic creative looking to release a new album and asking for our help. But is it really your fans’ responsibility to fund your next record? Should you, when staring that overwhelming financial obstacle in the face, try to lighten the load by passing the burden off to the same people who helped you get this far?

If you pose the fan funding question to PledgeMusic founder and CEO Benji Rogers, he’ll tell you the answer without hesitation: No. Don’t go to your fans and ask them to fund your new record.

If you know anything about what PledgeMusic does, you might be baffled by this response. But the truth is, just asking for money misses the point. In our experience working with artists from Ben Folds to the Beach Boys, we’ve found that fans want to be a part of a journey — the entire journey. If I love your music, I don’t just want to pre-order your new record. I also want to get a signed copy of the record and possibly a painting you made just for me. I may also want to meet you for dinner or see my name in the album credits.

In the release of music, the goal shouldn’t be just to hit a dollar amount and fund a record so you can jump into the next phase of trying to get people to buy it. The process has to be much more streamlined than that. When an artist invites fans into an experience, pulls back the curtain and says, “Let’s make something incredible together,” that’s when fans start to really get excited.

In an age when music fans respond with a blank stare when asked to pay for anything, we’re witnessing the average Pledger in America spending $57 per transaction. That’s the price of three CDs off the shelf, and that’s just in one transaction.

We see Pledgers coming back and Pledging on multiple campaigns, but the key is this: They aren’t just doing it to fund albums. Try to get someone to pay you $57 to press a record, and you’re back to the blank stare. But ask a fan to take part in an exclusive journey and then give him an immediate pre-order, access to behind-the-scenes videos, updates from the studio, signed vinyl, samples of pre-mastered tracks and a vote on your next album title, and you’ll begin to see why so many music lovers are putting their money behind the direct-to-fan model.

With traditional fan funding, artists set a monetary goal, ask fans for help and then end the campaign once the goal is hit. This, however, is a huge miss on the part of the artist. At PledgeMusic, the most exciting part of a campaign happens after the project reaches 100% of its target goal. That’s when the journey really begins and the Pledgers get to watch a project unfold, knowing they’ve been a vital part in making it happen.

If you’re thinking of asking fans to give you money for a new album, you have to flip the question on its head and instead ask yourself what experience you’re planning to give them that they can’t get anywhere else. What’s the story of your music? What’s the journey you’re walking that you can share with them?

Only when you start asking these questions will you actually be able to give music fans what they want, which is actually, believe it or not, more than just great music. Your fans want an exclusive experience, the chance to take part in the making of something fresh and new and exciting, and only you can give them that.

Just ask fans for money? No. Invite them into a unique shared experience with you and other music lovers? Absolutely – yes.

PledgeMusic is a music company offering artists a new way to take control of their careers by helping artists fund, market, and release whatever music they want to make. PledgeMusic helps and encourages artists to participate with their fans in an exciting and unique way by creating an irresistible customized menu of exclusive content and experiences that integrates email databases, Facebook fans, Twitter followers, and various other social networking sites. Learn more at PledgeMusic.com.

Read More
Finding money for your project — a look at fan-funding sites
Where Social Meets Creative
Direct to Fan — The Art of the House Concert
Indie Touring Strategy: Getting Out on the Road

3 thoughts on “Fan Funding: Should You Ask Your Fans for Money?”