For any emerging brand (yes musicians, this means you), a music PR campaign is a great way to spark new conversations, build visibility within key markets, and grow your overall influence over a long-term. The problem is, your budget may be tied up in basic costs such as recording, production, touring, rent, food, etc. 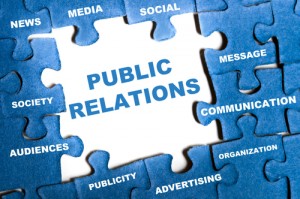 Working with an established, professional publicity or marketing firm might be the ideal, as they will have a proven process and a network of strong media connections, but unless you have a few thousand dollars available in your budget, you may need to design your own publicity campaign.

Unfortunately for those new to digital publicity (and even for those with experience) there are several pitfalls that can derail the success of a campaign.

I’ve outlined several mistakes that must be avoided in each of the three phases so that your time and efforts are maximized.

Ineffective (or unrealistic) goal setting
PR is meant to do three things for you:
1. Build conversations with potential fans
2. Increase overall visibility with a target market
3. Establish influence within a market

Will success in these three things lead to sales in some way? Hopefully. Is the purpose of PR to increase your bottom line? No.

Unfortunately there is no guarantee that PR will lead to an increase in sales, as the feature placements (blog features, podcast features, magazine features, etc.) only guarantee that you are being seen by more people who could potentially become your fans. These placements are only the beginning of a much bigger sales funnel.

With that said, setting unrealistic goals will kill ANY PR campaign, as it sets a campaign up for failure from the get-go. Setting effective goals is a critical staple to Pre-PR planning!

Underdeveloped Branding
As a full-time digital publicist, I receive inquires on a daily basis from independent artists who would like us to do their PR. When exploring each artist to decide if we are the right fit for them, we look at the music (obviously), but we also take a look at their overall branding with almost equal weight. This includes the messaging in their bio and the assets that they have available for the promotional work, such as photos, videos, and the look and feel of their website and social networks.

From my experience, the music must be good, but so must the branding. An artist can have great music, but when it comes to a music PR campaign, if the photos don’t pop, the bio doesn’t weave a compelling story, and the videos look under-baked, getting media makers to sign on for a feature becomes incredibly difficult. Each of these components is an extension of your online brand and will do just as much to help (or harm) you as does the quality of your music.

Lack of Targeting
Far too often I see artists compile their target list of media makers to reach out to, and it is just a list of the biggest 1% of blogs in the world (i.e. Pitchfork, Brooklyn Vegan, Gorilla Vs. Bear, NPR), along with blogs in the wrong genre and even worse, blogs that focus on the hyper-local (and they are not in that location).

It is very important to understand that the type of music you play (specifically the music you are promoting NOW), where you are from, how old you are, how big your fan base is and what passions drive the influence of your music dictate which blogs you should, and should NEVER be targeting.

A Bad Elevator Pitch
The purpose of an elevator pitch is to create a quick description in a sentence or two of your sound that not only gives people a frame of reference (who might you may sound like), but also to paint a strong, compelling picture of your sound that is so intriguing they want to go check out your music: "The raw power of Led Zeppelin meets the danceability of Lady Gaga."

On the other hand, a bad pitch gives no frame of reference and isn’t at all compelling: "Eclectic Pop."

And a word to the wise, using obscure artists is fine if you are SURE that your intended audience will know who it is. If they have to ask "Who?" once you’ve given your pitch, you’ve already lost them…

CCing (or BCCing) everyone pitched
This is a HUGE no-no if you are trying to get any media maker to work with you. Besides the fact that CCing dozens of people at once shows an utter disregard for respecting privacy, it actually goes against US anti-spam laws. BCCing people, although respecting people’s privacy, is still considered spam.

Another major issue with BCCing people is that it leave no opportunity for you to personally address each media makers, which can play a critical role in establishing new long-term relationships with media makers.

If you are going to pitch media makers you don’t know, it is always best to check their website for a submission guideline, and then email each one directly with a personalized introduction and sign off to the email.

Poor Timing
Timing is everything when it comes to PR, because the hot topic at any given moment within an industry (or around the world) can dictate how relevant your story will be to a media maker’s audience.

SXSW is a great example of how music PR efforts can be affected by timing. For a week or two in mid-March, much of the music blogosphere has its eyes on Austin to see who the best up-and-coming acts are. Unfortunately for those NOT heading down to Austin, it means a lack of interest from many media makers. If you’re not going to play SXSW, don’t schedule your PR efforts during this time.

When you dive into your pitching, make sure that you do some research in the surrounding area, look at industry-news, and check the calendar for any significant holidays or events.

Overly Hyped
I can think of nothing that will damage a PR campaign more than when an artist is overly hyped. Not only do most media makers not care, but most often they won’t even believe you when you say that you sound like "nothing they have ever heard before." Especially because, if you’re being honest, it probably isn’t true.

With the exception of the biggest blogs in the world (i.e. the Pitchfork’s of the world) most media makers are ONLY doing so because it is their passion. Most don’t make any money at all from it. It is always more effective to approach media makers genuinely with a story that is not only honest and compelling, but speaks to creating value for THEM and THEIR audience.

Not Following Up
PR is a process and the results are in no way immediate. Once an initial pitch is sent out, it may sit for days in the abyss of the recipient’s inbox before it is seen, if it is ever seen at all.

Very often I’ll hear back from media makers that I have pitched three weeks later saying they were so glad I followed up because they had missed my other emails.

And that right there is your problem. By not following up, you are leaving your pitch up to the unknown. People may see it and respond, or they may delete it, or maybe they just missed it entirely. Without following up, how will you ever know?

From my own personal experience, the only way to make an effective pitch is if you follow up on a weekly basis for a few weeks (typically three or four weeks after the pitch is sent).

Not Building Relationships With Your Supporters
Any feature can be a one time thing if you let it be that way. However, if you take the time to build a relationship with the media maker, there is no end to how often and how long they may continue to support you.

Here are a few great ways to turn a one time feature into a new relationship with a valuable supporter:
1. Follow up with the media maker and thank them for featuring you
2. Share the feature on all of your social networks and tag the media maker whenever possible
3. Include the media maker in a #FF (Follow Friday) tweet
4. Share OTHER features theirs on a regular basis

Not maintaining a presence where you are featured
As mentioned earlier, the purpose of PR is to build new conversations with potential fans. Believe it or not, but the features themselves (i.e. a blogger writing about your music) are often not enough to get a conversation stated.

You need to maintain an active presence on any and every place you are featured so you can directly interact with anyone willing to join the conversation. THIS is how these conversations will eventually be turned into more fans — and down the line, into more sales!

Not monitoring the virality of your features
Quite often, media makers will be involved with a network of other media makers either in a similar niche or similar location and they will support each other. This can lead to posts being mentioned in other places, or even fully re-published on other websites.

By not monitoring the virality of a feature, in other words not monitoring where ELSE people are talking about you because of a single feature, you are once again missing critical opportunities to build your fan base.

Are You Ready to Work With a Music Publicist?