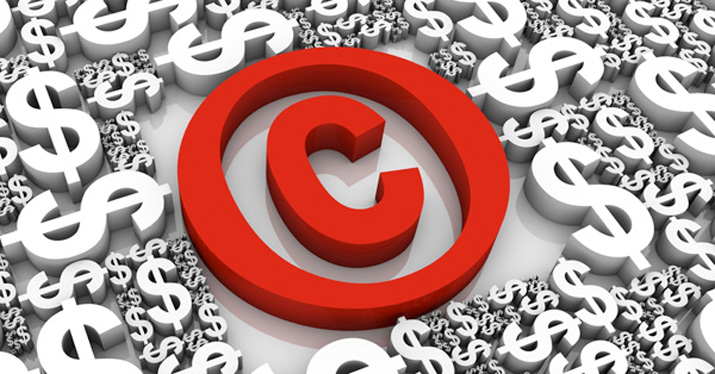 Turn on the TV or radio, click on a website, or stroll through a mall and chances are you will hear music. If you’re a songwriter or composer, how do you secure placement for your own compositions or recordings to be played via these channels? Who chooses the indie songs behind the latest teen angst soap opera?

While there is no magic formula, there is a process and a path for original songs to find their way into the thousands of available licensing opportunities. This series of three posts will provide an overview and understanding of the opportunities and challenges to making money with your original music.

Before diving into this topic, take a look at this example of a music licensing home run by the Canadian singer songwriter, Leslie Feist, who’s song “1, 2, 3, 4” was featured in an iPod Nano ad.

The reason this is a home run is that the songwriter benefitted in at least four ways from this licensed use of her music:

1. Millions of people heard her music when the spot aired on TV.
2. She was associated with Apple, a product and company that owns the “cool factor” among young consumers.
3. She collected significant synch license fees for this use of her song.
4. The added exposure generated interest in buying her album The Reminder, helping propel it to platinum status (1,000,000 albums sold), and pushing the song from #102 to #8 on the UK singles chart in the week after the ad broke in that region.

For a songwriter who is not a recognizable name as a recording artist, the gains would not be as substantial, but sync fees for TV commercials used internationally can run as high as six figures.

To develop an adequate understanding of the path to earning money with your original music, four essential areas make up the key foundational knowledge, and we’ll explore them in three posts. In this first post, we’ll look at the different copyrights and the basic blueprint for how revenue is generated by licensing your music. Part two will address creating value and earning income through licensed music.

How the music licensing world works

Understanding the ground rules is required to have a basic grasp of how the music licensing world works. Music licensing has its own lingo that has evolved over the years and allows those who work in this sector of the music business to communicate easily. It’s essential to learn not only this lingo, but also how and why people license music, who are the key players, what are they looking for in various situations, what types of agreements are commonly used, and how deadlines may drive the decision about which music to license. Together, this set of information will form the basis for your ongoing efforts to secure licensing deals for your music.

The most fundamental component in the ground rules is a basic understanding of copyright. In simple terms, copyright is the songwriter’s exclusive right to control who is allowed to use their song. Copyright ownership or control allows a writer to monetize his or her song. (Click here for a copyright primer.)

Most popular songs have two copyrights, both of which are required to use a song such as Feist’s “1, 2, 3, 4” in a commercial or other licensed use. These are called the “song copyright” and the sound recording or “master copyright.” The song copyright protects the underlying musical idea (notes, rhythms, chord progression, and lyrics) that makes up “1, 2, 3, 4.” The master copyright protects the “1, 2, 3, 4” sound recording so that anyone using any part of that original sound recording must secure permission from the sound recording’s copyright owner. These two copyright owners are often referred to as the two “sides” required to grant a complete license for a song and master use. If you’ve written an original song, but it has not been recorded prior to being licensed, you would only give permission to use the song copyright. We’ll look at such an example in a moment.

Two other pieces of copyright ground rules are the length of copyright and the protections copyright registration affords songwriters. Current duration of copyright is the life of the author plus 70 years in the US. So once your original music is copyright protected and determined as valuable by potential licensees, each song can earn revenue for a very long time.

To secure maximum protection for your song and master copyrights, it is essential to register your copyrights with the Library of Congress (LOC). If you file online, the cost is $35 per song. If you are serious about earning money from your original music, failing to register your songs is a mistake. With copyright registration through the LOC, you will always have the maximum statutory protections available to copyright owners in the event of any unauthorized use of your music. This can be significant if you have to go to court to secure payment for any such unauthorized use, as was the case in 2009 when Puff Daddy’s Bad Boy Entertainment was slapped with a $4.3 million penalty for unauthorized use of a song and master copyright.

To better understand the ground rules, here are five road maps to revenue, examples of how a songwriter/composer can generate money from their music. These demonstrate the range of money-making opportunities that abound once you know how the business operates.

TV Show Synch License. In this example a prime time TV show (e.g. Grey’s Anatomy, The Mentalist, CSI) selects a song by an indie artist for a particular episode. To secure permission to use that song and master, the TV show’s Music Supervisor will contact the two “sides” that control the respective copyrights, normally the song’s publisher and the artist’s record label. Each side will negotiate their license fee with the music supervisor, a license agreement will be executed, and the music will appear on the TV show. This can be advantageous for an indie or self-funded DIY artist, as they control both copyrights. There can be many variations, but this is the basic flow of the licensing business for a song being used for some commercial purpose.

Mechanical License. Let’s say you’re a songwriter and you pitch a new original song to an artist getting ready to go into the studio to make a new album. They perform the song a few times, their manager and producer agree that it’s a good fit and decide to record your song for their new release. Their label will negotiate a mechanical license through which you grant permission for them to record and release your song as part of the album. Mechanical royalties are paid on album or singles sold and generally vary between .045 to .091 per sale for one song. Obviously, a best-selling single or album can generate a substantial sum for the writer or writers.

Background and Production Library Music. Think back to the last time you called a business and listened to music on hold while you waited to speak with someone. If it was a song released by a performing artist, the song that was playing was generating income for its writer while you were listening. Then there are Production Music Libraries, mostly instrumental music cues that are recorded and distributed to TV, film, radio, the Internet, and documentary production companies for use in their programming. Production music library composers are paid a fee when the music is created, and then often share in the revenue that licensing the library out to various users generates over time.

Buy Out. Occasionally, someone may hire a songwriter or composer to create a new piece and as part of the agreement, the sale will include ownership in the new piece. This is commonly referred to as a buy out, or may be known as a “work for hire.” The copyright control goes over to the buyer, who can then use the music without any limitation. For up-and-coming composers, such deals allow them to develop their skills, build a track record and get paid along the way. As you get more established, buy outs become less common, as the marketplace has determined your music is worth licensing.

Public Performance Income. Rewind to the first example, a TV show that uses a popular song in an episode. In addition to the license fees collected by the two sides for the synch licenses required to use the music, when the show actually airs on the network, the songwriter will also earn public performance royalties for her song. These are collected by one of our three performing rights organizations, ASCAP, BMI or SESAC, in the US. If the TV show goes into reruns or to foreign syndication (think Baywatch), there are significant substantial additional royalties generated.

Micro-Sync Fees. Artists can earn sync revenue not just from TV and film placements, but also from micro-sync fees when their music is synced to streaming video on YouTube, etc. [Ed. note: Having your music available in a pre-cleared sync catalog is one way to make your music available for the voluminous amount of video being uploaded every day (48 hours of video is uploaded to YouTube every minute). This micro-sync revenue can add up over time, and placement in uploaded video could lead to opportunities for bigger placements. If you are a CD Baby client, opting into CD Baby’s free Sync Licensing program makes your music available for use on YouTube and in video games, TV, commercials, films, presentations, and more.]

So to summarize, if you have original music identified by someone that believes it can benefit their project, they will usually contact you or your publisher or label to see if rights can be negotiated for music use. And while these intermediaries or “middle men” are important, the key to making money in music licensing is creating music that has value as perceived by the prospective buyer or licensee.

Keith Hatschek is a regular contributor to the Disc Makers Blog and directs the Music Management Program at University of the Pacific. He has also written two music industry books, How to Get a Job in the Music Industry, which just came out in its third edition, and The Golden Moment: Recording Secrets from the Pros.

Read Part 3, “Making Money With Music Licensing: Who’s Buying and How to Connect.”

Read More
Music Licensing and Leveraging Your Songs
Get Paid When You Get Played
Wait! Don’t post that music video on YouTube without a sync license!
Practice Safe Sampling – Copyright, Licensing and Your Music

19 thoughts on “Making money with music licensing – Part I: Copyrights and revenue”