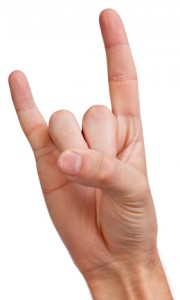 We came across a thought-provoking post last week on Forbes.com (not necessarily regarded as THE premiere indie music site, we’ll admit) titled “You and Your Musical Rut.” While the author ponders, extols, and resorts to fear tactics to tout the values of musical diversity and broadening your musical horizons by not listening exclusively to one artist or one music genre, from a musician’s standpoint, this can also easily translate to not limiting yourself to playing one style of music.

As a matter of fact, there are plenty of arguments why you shouldn’t limit yourself to playing just one musical instrument. A recent article on GuitarWorld.com has guitar god Pete Townshend explaining how writing on piano helped him develop a lot of the songs and musical themes for The Who’s 1969 breakthrough, Tommy.

The Guitar World post quotes Townshend as saying that Tommy “was the first cohesive piece in which I used a lot of piano for the writing. It was the first time that I’d really started to be confident that I could play the piano… ‘Amazing Journey’ was written on the piano. ‘I’m Free’ was written on a Lowery organ and the guitar voiced afterward… a lot of the stuff was actually written on keyboards, and the guitars came afterward.”

The Forbes article had me remembering when I went to a buddy’s house for the first time, many years ago, and found his wall covered in what must have been hundreds of Grateful Dead cassette bootlegs. (Like I said, it was many years ago.) I stood there, marveling at the fact that his entire music collection was devoted exclusively to one band. He was a guitarist, and I couldn’t quite wrap my head around his singular devotion to a genre, artist, and guitar player. It seemed so limiting.

As the Forbes post explains, “It’s all well and good to have a favorite genre of music, but if you don’t mix it up a bit, you’ll be using the same song for your wedding slideshow that you’ll use when you upload to YouTube the video of you burning down your trailer when you attempted a career as a meth dealer.”

Let’s hope that’s not true, but my takeaway is this: the more diverse your musical palate, the more complete you are as a musician, and the more interesting, as well. The greats incorporate multiple styles to craft their own, and there are more styles and greater access to different types of music now than ever before.

I’m going to issue myself a challenge: I’m going to dig in and discover one new musical act I really like every week this year. If I start now, that’ll be 50 new bands on my playlist by the year’s end. Try it yourself. And check back — I’ll be posting about my discoveries in the next couple of months.

3 thoughts on “Don’t Get Stuck In A Musical Rut”