You may have a variety of musical influences, but describing your music genre as “eclectic” can give the impression that you are unable to define your own music 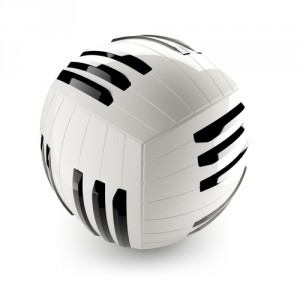 When someone asks you to describe your music, think carefully before you drop the word “eclectic.”

It may be true that you have a variety of music influences and inspirations, but be specific. “Eclectic” as a catchall description of your music genre can confuse the issue and give the impression that the tracks on your album are stylistically all over the map – or worse, that perhaps you are all over the map and are uncomfortable defining your own music. Instead, try to look for the common threads and the ways you bring your musical influences together. Consider the specific elements in different genres that have touched and inspired you over the years and how you carry them into your own writing.

As a pianist and singer-songwriter, I have often been asked to describe my music and music genre, and currently I use the tag “piano-woven folk/pop.” It lets people know that my main instrument is piano, and that the accompaniments are textured and layered. It also gives an idea of what kinds of listeners might be in my audience.

A longer explanation would reference my various music influences and background in classical and jazz piano, but those terms aren’t part of my music description. That’s because on the surface, those are not the styles most immediate when people hear my songs. My classical piano training allows me to create varied soundscapes on the piano, and yet the songs do not sound like 19th century Schubert art songs. My jazz experience allows me to put together unusual chord patterns that are more lush than you find in most pop songs, but the rhythm of my music does not sound overtly “jazzy,” and I don’t spend long sections in the songs improvising as one might in a jazz tune.

So it has been helpful to refine the tag line to reflect what’s most obvious to people, and as they dig deeper, they will pick up on the underlying musical influences. You can work on your own tag line, using music genre/style words and your instrument. Or you can combine other styles or sounds, for example, “Chamber Folk” or “Hard Beats / Screaming Horns.” Or you can pull more popular “sound-alike” artists’ names into your tag line as a reference, if you don’t feel it will limit or detract from your own voice. Often artists fear the idea of getting pigeon-holed into one genre or description, but if you look at a tag line as a starting point, just a short phrase to introduce yourself, then rest assured your newly-interested audience will hear the nuances that truly make you who you are when they listen to your music.

Ideally, your unique (and eclectic!) sound is a combination of influences and personal creativity. It’s helpful to think back to the key moments in your musical life that changed and shaped you into who you are today. I can tell you a few of my own stories as a young musician. I began taking classical piano lessons when I was seven years old, like many young kids. For the first few years I was playing very easy music, but by the fourth year I began learning pieces that felt like “real music” by Bach, Beethoven, Shostakovich, and other composers. It was during my sophomore year of high school, right in sync with the adolescent drama of first love and first heartbreak, that I learned to play Debussy’s “Jardins sous la pluie,” which translates to “Gardens in the Rain.” It was an emotional breakthrough for me, and also a new level of connection at the piano.

If you haven’t heard this piece, I recommend the Aldo Ciccolini recording. Throughout the piece, Debussy uses the piano like an orchestra: he creates runs, arpeggios, chordal passages, and crossed-hand textures that incorporate every register of the instrument. Through each section, the listener can hear images painted through sound – little raindrops at the beginning, an escalating storm, crashes of thunder and lightening, and finally rays of sunlight with a rainbow peeking out. For the player, it is a fantastic challenge; for the audience, a delight. It was at this point in my studies I realized the piano could be infinitely expressive both technically and emotionally.

During high school, I had the opportunity to study jazz, and I found it both fascinating and intimidating. It was hard to invent notes off the page and to let go of my trusty plan! But I soon realized that jazz is guided by harmony. Even though the melodies are always changing, the underlying chord patterns lay a groundwork you can follow. After learning about the tradition and craft through standards in the Great American Songbook, I was introduced to unusual tunes like, “Falling Grace” by Steve Swallow and, “Evidence” by Thelonious Monk. My ears opened up to the way harmonies could shift surprisingly – even distantly-related chords could be connected by a single common note or a tone just a step away. Melodies could weave through in the same fashion if the chord structure was strong and clear.

Many times since then, when I have sat at the piano to write, it’s the harmony that comes to me first. And as I try new possibilities, it’s always the emotional reaction I feel that tells me if something is right for the moment. There can be many “wrong” sounding chord patterns, but when the right one rises to the surface, you might feel a chill down your spine or a tear in the corner of your eye. The sound of the piano is like a choir, made of tiny voices, each waiting for its own place to resolve. You can hear the keen, searching quality of harmonic discovery in the ballad introductions played by Keith Jarrett on a song like “Body and Soul.”

I came into folk music much later, and kind of by the back door, mostly listening to contemporary singer-songwriters like Joni Mitchell, Billy Joel, Jonatha Brooke, Sufjan Stevens, and Anais Mitchell. The lyrics in folk story-telling really grabbed me, and I began to recognize that the craft of lyric writing is just as deep as composing. Writing effective lyrics is a life-long pursuit, and there is so much yet for me to discover in this area, particularly through more traditional and cultural songs that have been handed down for generations. But modern artists have held on to some key principles learned from the past. When you take an aerial view of a folk song, it’s the structure of the lyrics that stands out. For example, in Anais Mitchell’s “Hades and Persephone,” she weaves together three connected choruses, each one taking a broader view, beginning with the heart, until we see the entire earth and sky.

In addition to the clear structure, there is a great deal of imagery in the lyrics. This makes the storytelling much more compelling and real. The imagery also carries the charged emotions each character is feeling. Having heard many great folk songs with this high level of lyric craft, it has become a life-long goal for me to bring the depth of folk into my own writing.

Coming back to my original tag line, “piano-woven folk/pop,” the “pop” genre is probably least prevalent when you look at the way my songs are composed. But on the surface, my songs do have catchy melodies and clear forms like pop songs. In addition, because I’m not playing a traditional folk instrument like guitar or banjo, it would be limiting to use only the word, “folk” – at least that’s my thinking at the moment!

And that’s another thing: our tag lines and our self-descriptions, just like our music, evolve and change throughout our lives. “Eclectic” may be the blanket term for all of us, but your version of eclectic and my version of eclectic could be entirely different, and as such, the word becomes meaningless. It’s important to be able to describe our sounds so we can intrigue and inform listeners. It’s no less artistic or creative to give a potential fan, reviewer, or booking agent the comfort of familiarity (what the music sounds like) and cohesion (what the music is made up of) in the form of a concise self-description. When they listen, you can relax and let the music speak for itself.

New York City-based pianist/arranger/singer-songwriter Anna Dagmar was three albums into a critically acclaimed songwriting career – weaving jazz harmonies, pop melodies, and classical piano textures – when she stepped into the folk community with her newest album, Satellite, drawing on influences such as Joni Mitchell, Billy Joel, and Leonard Bernstein. Dagmar is an Eastman School of Music graduate, a Gold Prize Winner in the Mid-Atlantic Songwriting Contest, a Kerrville New Folk Finalist, and a member of the BMI Musical Theatre Workshop. Learn more at AnnaDagmar.com.