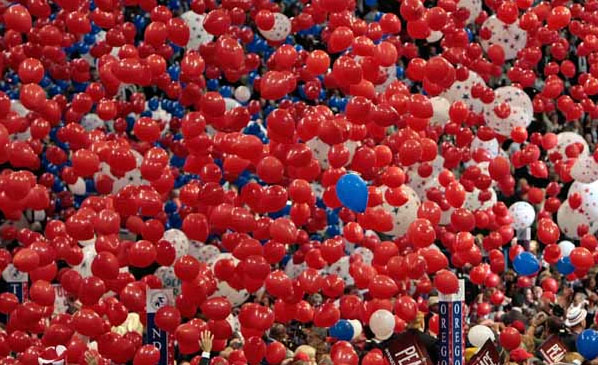 You may have caught wind of a series of “demands” from popular musical artists asking politicians and political pundits to stop playing their music as part of their appearances, ads, or radio talk shows. Around the time of the 2012 Republican National Convention, Dee Snider (Twisted Sister) and Silversun Pickups asked Paul Ryan and Mitt Romney (respectively) to stop playing their songs at their political rallies. Earlier this year, Rush Limbaugh had a spate of similar requests, including notices from the likes of Rush, Peter Gabriel, The Fabulous Thunderbirds, and Rage Against the Machine.

More recently, R.E.M. demanded that FOX News stop using their song during their coverage of the Democratic National Convention.

In most cases, it seems as though the requests were honored, though there is really no legal ground for the artists to stand on if the parties in question choose not to oblige. In fact, FOX News responded to the R.E.M. demand saying as much. According to a post on Mediaite.com, FOX News’ responded: “FOX News Channel’s use of an R.E.M. song … was in full accordance with its license agreements with all appropriate parties.”

By virtue of their paying the standard licensing fees to the Performance Rights Organizations (BMI, ASCAP, SESAC), broadcasters have the right to play whatever music they like from a PRO’s catalog. Same goes for the public appearances: as long as the organizers have cleared the necessary music licenses, which they likely have done if the venue doesn’t already have a blanket license, they can play whatever they want to.

For major label artists who find themselves at odds with the use of their music in such situations, they may have enough pull and can cause enough of a PR stir that the folks in question are better off granting the request to cease and desist, even if there are no legal ramifications. Though it does bring up an interesting point, considering that major label artists are now looking to things like merch and licensing to make up for the revenue dips they’re seeing in album and live event sales.

As an indie, you might be considered lazy if you didn’t pursue licensing, and the benefits are easy to understand. Scoring a placement in a Mazda commercial or a show on TV is a great way of reaching potential fans that never would have heard your music otherwise.

But then, you might be giving up control of how your music is used. What if you have strong disagreements with the show’s political or social point of view? What if a brand you truly dislike, or a product you would never think to endorse, wants to use your music? Do you say “no” based on principle? Do you say “yes” based on business?

As I remember it, there was a time when getting your music placed in a TV commercial was almost reviled. Anyone a fan of the late comedian Bill Hicks? To paraphrase, he stated that anyone who used their celebrity (or music) to endorse a product was officially “off the artistic roll call, forever.” As he saw it, you forfeited your standing as an artist as soon as you shilled product with your art.

If that attitude were ever prevalent, it seems to have shifted. And ultimately, in the case of advertisements, TV, or film, an artist can turn down a licensing offer if he or she deems there is anything unsavory about the situation.

Not true of broadcasters and public venues. Once your music is published, it’s fair game. Luckily for politicians on all sides of the fence, there are popular artists who share their views. Maybe they should just ask first.

Get Paid When You Get Played (September 2009)

One thought on “Stop Playing My Song! Music, Licensing, and the Loss of Control.”