Look around and you can find plenty of advice and information on how to be successful, as if there were a simple formula to plug in your variables, and presto! Success. Satisfaction may be difficult to quantify, as it is such a personal metric, but there are ways to adjust your thinking and methodology to help enhance your satisfaction with your personal, musical, and professional pursuits.

Recognize success for what it is
You know by now that in order to achieve your goals, you need to define them and write them out. But the road to satisfaction in any endeavor not only requires goal setting, it requires you break things down into smaller goals and objectives in pursuit of the big one. After all, if you have a music career and want to play Madison Square Garden one day, you’ll need to set up some road marks along the way to keep you on target.

It’s important to be willing to adjust your goals and recognize that satisfaction lies the fact that you in pursuit of your higher, ultimate goal. And in the end, even that goal needs to be adjustable. The night you play MSG, what’s next?

When it comes to being an entrepreneur or an independent musician, your measure of success also needs to be flexible. “If you’re strictly going to measure yourself on monetary success,” says Amy Otey (AKA Miss Amy), “that’s a really tough one. I consider what we’ve got with Miss Amy and Her Big Kids Band as a successful run. We’ve been doing this for a long time now, we’re still in demand, so that’s exciting to us.”

Miss Amy’s successful run includes five children’s albums released over the past eight years, with multiple Grammy nominations and a song placement on the 2012 Grammy-winning Children’s album All About Bullies… Big And Small. Otey still has plenty of items to check off her list, but relishing the position she’s created for herself keeps her enjoying the view from where she is.

Leverage your passions and find a musical niche
Whether it’s in corporate America or as a hustling, independently-employed artist, finding a vocation or hobby that puts your unique assortment of skills and interests to work is one step on the path to satisfaction. And if you have a product, songs that speak to a group with those same interests, for instance, you might be able to develop a niche market for your brand.

Randy Chertkow and Jason Feehan call it The Standing-Out Strategy. “Instead of focusing on music publications and media,” they advise independent musicians, “think in terms of audiences. Put your music where it will stand out from the crowd. Consider one of the biggest sellers in the early days of CDBaby.com: an album about sailing. Instead of following the crowd and sending the album to a music magazine, the band sent their album to a sailing magazine. The magazine, which wasn’t used to receiving music, ended up reviewing the CD. It didn’t have to compete against stacks ad stacks of other CDs to get noticed. And because the magazine had a large audience and the CD got a great review, sales shot through the roof. While your music is in a musical niche, targeting the people that like that kind of music directly, represents only one, highly competitive channel for your music. By putting your music where there usually isn’t any, your music can get noticed.” 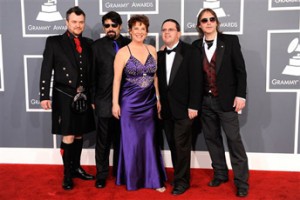 In the case of Miss Amy, who has carved her musical niche as the champion of “Fitness Rock & Roll” for children, and who serves as an official advocate for the President’s Active Lifestyle Award (PALA+), the road to job satisfaction came through a convergence of potentially unrelated interests and life events – and not all of them fortuitous. “I’ve been a musician for many years,” says Otey, “but we switched our focus to children’s music 17 years ago, when my son was born extremely prematurely. He was no bigger than your hand. He spent three months in the NICU, and I went in there every day and would sing to him, that was my way to connect to him.

“I’ve also been a fitness professional for many years. I teach physical fitness classes, I’m trained in tai chi, I teach a yoga class, step aerobics, and kids and teen fitness. What I noticed at my live shows was that the kids really wanted to move. There is such a kinesthetic aspect to their appreciation of music. So I found myself not only being the singer, the one with the guitar, but I was jumping up and down inspiring them to do the next movement. So over a period of time, this niche was born for me. And each time we had an opportunity to excel a little more at it.”

Creating opportunities from disparate events takes courage and a particular brand of foresight, but it is a skill that can be honed and developed, and recognizing your unique skills and traits and determining which might serve as an asset in a professional environment is one place to start.

“My primary degree is in strategic management with a secondary degree in gerontology,” Otey continues. “Never a day goes by that I don’t appreciate having taken contract law, marketing – all of that stuff – because that knowledge is completely relevant to trying to be a successful independent musician.”

Develop relationships, i.e. learn how to network
It’s easy to say success stems from “building relationships,” but what does that mean? It starts with being outgoing and confident (even of you have to fake it sometimes), and seeking out relevant contacts by frequenting the places where like-minded people are gathered. That could be a formal business networking group, social gatherings, conferences, open mics, etc. But attending a social function and knowing how to “build relationships” are very different animals.

“We are in our fifth year playing our children’s program at Musikfest in Bethlehem, PA.,” recounts Otey. “So this year when they called and we were booking the day and time for our show, I said to the booking agent, ‘Listen, we have mainstream Americana- alternative band that we’ve been ramping up. Do you have any openings on your alt-rock/pop stage? Can you throw us one of those on the same day?’ She was like, ‘How about closing out the main stage from 9 to 11 on Saturday?’ I said, ‘Absolutely, we’ll take it!’ Sometimes all you need to do is ask.”

Sharp networking skills also helped land Otey and company a recording date at Quad Studios in Nashville with Doc Holiday and His Legendary Nashville “A” Team.

Have a vision, and keep your eyes open
Setting goals is step one, but nothing you do happens in a vacuum. Once you’ve put yourself out there, and are in pursuit of your prize, opportunities will line the way. Of course, they’re not lit by neon signs, they will often have an element of risk-reward, and sometimes they may be counterintuitive. It’s about having a goal and working toward it, but also being wide-eyed, inquisitive, alert, and open to ideas and inspiration. 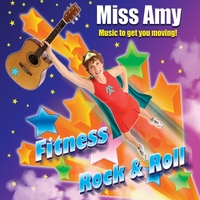 “The All About Bullies CD, which ended up winning the Grammy, posed a slight conundrum. Ultimately, I knew we’d be going for a nomination with our Fitness Rock & Roll CD. But we were asked to participate on the compilation, and here’s another subject that’s near and dear to me as well – wellness for kids and character development – and it’s a hot topic, nationally. I knew this was likely going to be in the running for the Children’s Grammy as well, and in effect we’d be going up against ourselves with our Fitness Rock & Roll CD. But ultimately, it was an undeniable opportunity when we were asked to be a part of it, so I said, ‘Absolutely!’ So now we’re part of a Grammy-winning project and associated with a bunch of renown songwriters and performers because of it.”

Foster your ambitious side
Thinking big isn’t always the right move – maybe playing MSG is really out of the question for your act or your musical niche, and a more realistic goal is to find three new income sources via music avenues – but constantly pursuing new ways to repurpose your content and brand can yield unexpected and lucrative results. For Miss Amy, taking her children’s fitness music and partnering with school programs is one way she hopes to help educators connect the dots between achievement and fitness, while further entrenching her as an advocate and expert in the field.

“There are new studies that have just come out in the past year that say your cognitive development benefits when you’ve exercised. There are scientific studies that show children do up to 10% better on tests if given the opportunity to move around with some aerobic exercise for 15-20 minutes. This information is beginning to trickle down to public education.

“My hope with some of my stuff is that teachers themselves, who are being asked to do more and more in the classrooms, can actually take some of this music in bite-size form and say ‘OK, you guys have earned it, let’s get up and move around for four minutes.’ And I have free lesson plans online, for teachers, where they can take one of these songs, download the lesson plan, download the lyrics, and hopefully do some of these small fitness breaks in the classroom.”

A dash of of patience, luck, and flair
As I keep reminding my kids, and myself, nothing worthwhile comes easy. Success takes patience and dedication, it takes work and perseverance, it takes good fortune and lucky breaks, and it takes a certain amount of flair for marketing and promotion.

But ultimately, if you are working towards you personal goals, and you’re working hard at something you truly enjoy, there’s satisfaction to be gained in the pursuit of your goal. Sometimes you just might need to remind yourself of that. Smell the roses and enjoy the ride.

4 thoughts on “Satisfaction and success – finding your musical niche”