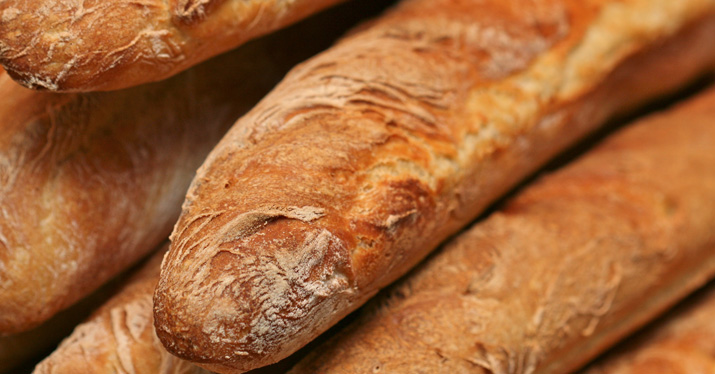 Indie artists are more empowered than ever before, but at what cost? You’ve got to find the balance of help and independence to find your audience.

Bryan Weber is an independent musician and founding member of Indie on the Move.

“Major labels didn’t start showing up, really, until they smelled money, and that’s all they’re ever going to be attracted to is money – that’s the business they’re in – making money. My idea was: Enjoy baking, sell your bread, people like it, sell more. Keep the bakery going because you’re making good food and people are happy.” – Ian MacKaye (Fugazi, Minor Threat, etc.)

Like most of you reading this blog, I too have an indie band. Our story in many ways is similar to that of all hardworking indie artists. We’ve made a bunch of records over the years, toured a ton through the U.S. and Europe, and achieved some great accomplishments along the way. Have we received record label offers? Yes, a couple. Did we take them? No. I wouldn’t wish those contracts on my worst enemy.

The funny thing was, and this literally happened last year, when I told one of the label reps we weren’t interested, he actually attempted to justify the proposed acquisition of our music rights with, “But you’ll be on a record label.” What? In an industry that is evolving and tilting more towards the strength of the indie artists everyday, it blows my mind to think that record companies are still holding on to that outdated and entitled attitude. They actually EXPECTED us to give away everything (for basically nothing in return) just to “be on a record label.”

My response was quite simply, “Everything you are offering, we already do on our own. We don’t need you, especially not at the cost of our music rights.” And I believe this response is true for most DIY acts these days. There are simply too many tools at our disposal – digital and otherwise – to even rationalize signing most label deals, especially the dreaded 360 deal.

So yes, independent artists ARE more empowered today than ever before, but at what cost? In this world, and surely in the business and art of music, there are followers and there are leaders, and when it comes to making a career out of music these days, being a leader has become a matter of survival. The tech boom, along with the slow strangulation/metamorphosis of many record labels into black holes for intellectual property, has left independent artists with a plethora of tools to produce, promote, and release better products on their own, while simultaneously releasing them into a mire of audience and market over-saturation.

The consumer is simply bombarded on all sides with the latest and greatest music discovery services/devices, direct to fan marketing ploys, etc. Why? Because everyone and his brother is using these tactics, and they’re doing it inefficiently and flooding the marketplace. As a result of this inefficiency, both creator and consumer are exhausted and over-stimulated. I believe websites for music discovery, direct to fan marketing, fund raising and the like, including all of the major social networking sites, can be extremely valuable if used correctly, but they can also devalue you as a commodity very quickly when used incorrectly or too often.

It’s a thin line to walk and you’ve got to find the right balance for your specific audience base. And here are some other pitches you may have heard in your travels… Use our service and get new fans! Be “discovered” by a record label! Enter our battle of the bands to win big and become famous (it only costs $100 to apply)!

Sound familiar? Of course it does. Bottom line: It comes down to numbers, and in these types of scenarios, the artist is put into a position that only devalues his relationship with fans. The truth: The best way to do all of these things is to get out there and play your music for the people as often as possible. There is nothing more important than the one on one (in person) connection
that occurs between artist/performer and listener – especially when it comes to making and retaining new fans.

Going the extra mile in these situations makes a huge difference. For instance, when you’ve got the time, try sending a personal email to a fan as opposed to including him/her on a mass mailer, email that fan a free preview of a new song, or simply give him/her a complimentary tee shirt to thank them for helping promote your upcoming gig to their friends. Gestures like these keep consumers coming back and build brand (or in this case band) loyalty. After all, if you truly value your fans and treat them like more than money pits for merch sales and mere numbers towards the door count of your next show, they will value you, your artistic vision, and most importantly, your music, MORE.

So what does it mean to actually “make it” in the modern music industry? I would argue that “making it” today means being able to survive off of your music – and this can come in many forms. Perhaps you make most of your income touring, or through merch sales, licensing, working at your local coffee shop, it doesn’t matter. What matters is that you are able to pursue your art, release what you want to release, write the songs you want to write, play where and when you want to play, and control the rights and ownership to everything you’ve created. If you can make this happen and maintain it, count yourself among the smart and lucky.

And this brings us back to the second, and more important, half of Ian MacKaye’s quote: “Enjoy baking, sell your bread, people like it, sell more. Keep the bakery going because you’re making good food and people are happy.” Think about that. He is describing the most basic approach to entrepreneurship. No frill, no guarantee of fame and wealth, but if you work hard and intelligently apply your skills, you can “succeed.”

After all, the strongest and most reliable asset to your career is you, plain and simple. You are your own biggest fan and wealthiest investor (not necessarily financially speaking), and the greatest thing about living in this era of industry uncertainty is that we now have options as both creator and consumer – and those options are being defined largely by independent musicians like us who are dictating our own business model, thinking outside of the box, and discovering our own path to success.

And a lot of times that “success” is not even measured in dollars. You don’t need a record label to release a quality album or song, you don’t need an agent to get your music licensed, and you most certainly don’t need a booking agent to play more shows and go on tour. Does having those things help if the situation is right? Absolutely, it definitely can, but the chances of landing a “fair” deal any more or being “discovered” are virtually non-existent, unless of course you’re willing to give away everything for no guarantee of anything in return.

That said, if you want something, you gotta get off your ass and go after it. You gotta get out there every day/night doing the leg work, playing shows, going on tour, promoting your music grassroots style (using every available tool at your disposal), and most importantly – networking. That’s the key – networking, and accessibility to reliable information, because today it’s not just who/what you know, but rather how you work with them to get what you both collectively want.

Indie On The Move
This is why we created Indie on the Move, because sometimes, even the hardest of workers and smartest of candidates, even the most talented of musicians, and those who have put in their 10,000 hours, simply lack the necessary information (and more importantly – relevant and accurate information) to get the ball rolling and keep it rolling. So we at Indie on the Move compile, maintain, organize, contribute, and expand our information inventory on music venues, booking data, bands, show opportunities, press and radio contacts, classified listings, music news, etc. for you… for free.

What is that PBS quote we always hear? “Knowledge is power?” Well whoever said that got it right. And somebody else said, “Power to the People.” I believe in that too, and in the current music marketplace, those two things must work together hand in hand if you want to survive.

So while some people feel down about the current and future state of the music industry, I am extremely optimistic about what tomorrow will bring. We are at a crossroads my friends, and things are changing for the better. It is no longer about “being on a record label,” because we don’t need them. The sure bet is on yourself and like-minded musicians, and what you/we can achieve together.

Bryan Weber is an independent musician and founding member of Indie on the Move, which was launched in an effort to forge a collaborative environment and reliable resource for independent musicians to book their own U.S. tours – for free. The concept behind the site is both a DIY (do it yourself) and DIT (do it together) approach to the music industry, and based primarily on the idea that artists working together, supporting the “scene” on a collective basis, are typically more successful than those that go it alone.

Read More
How to split the music publishing pie
The qualities of a good artist manager
How do you achieve success as an indie artist? Enjoy baking and sell your bread.
A study in record production: Miranda Lambert and Beck
Psychology and the music producer

36 thoughts on “How do you achieve success as an indie artist? Enjoy baking and sell your bread.”