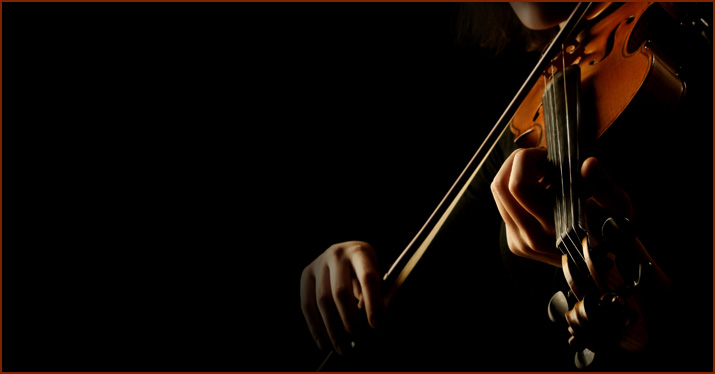 For many musicians, physical problems come in the form of repetitive strain injuries resulting from improper technique, over-exertion, or just bad luck. If not dealt with correctly, RSIs can get worse and become debilitating.

Have you ever heard serious musicians likened to competitive athletes? It’s a worthy comparison in many ways. Just like world-class swimmers or football players, dedicated musicians spend years training, honing their technique, and practicing hours a week so when the time comes, their skills are sharp and their focus is tight. And, just like athletes, musicians can get injured doing what they love.

For many musicians, physical problems come in the form of repetitive strain injuries (RSIs). Resulting from improper technique, over-exertion, or just bad luck, RSIs can often start as a stray ache or pain, and if not dealt with correctly, can get worse and become debilitating. If you come to this article already experiencing discomfort while playing your instrument, though, fear not. A great majority of music-related injuries can be treated with proper care.

David S. Weiss MD is a Clinical Associate Professor of Orthopaedic Surgery at New York University School of Medicine and the orthopaedic consultant to the Juilliard School in New York City. He was kind enough to share wisdom on how to keep interference from RSIs at zero – and how to keep yourself playing music in a healthy way for years to come.

Learn the basics about RSIs
"Most of what we see in musicians are overuse injuries in the extremities," says Dr. Weiss. "Problems can occur in anything that powers the arms – neck, shoulders, upper back, shoulder blades, and down to the fingers. Overuse of anything in that area can cause a problem."

Though many of his patients cringe at the word "tendinitis," the doctor promises that it’s far from a career death sentence. "It’s important to understand that tendonitis is a diagnosis that literally means inflammation of the tendons," he says. "You’ve overused your muscles and tendons in your arms a little bit. In some cases, it is true that the tendons can be so badly damaged that it can end a musical career, but for the vast majority of patients, it’s very treatable."

Another much misunderstood RSI is Carpal Tunnel Syndrome. "It tends to be a disease of older patients," says Dr. Weiss. "It refers to the tunnel in the wrist where all the tendons in the hand and the median nerve pass through. As we get older, our tendons get thicker, as part of a natural wear and tear process. The tunnel only has a certain amount of area, so if each tendon gets bigger, there’s less room for the nerve."

Some musicians get it and some don’t, he continues, and the preventative measures listed below for other RSIs apply just as strongly to Carpal Tunnel.

Pay attention to your body
"The major mistake musicians make is that they don’t listen to their bodies and their arms," says Dr. Weiss. "Even if you’re not feeling pain, if your arms feel tired and heavy, take note, and take a break. It’s the same as walking – if I walk for four hours on cobblestone streets, my calves might not exactly hurt, but they’d likely feel tight and overused. That’s when it’s time to stop and take a rest – before the pain starts."

Self-awareness – and self-discipline – when it comes to your physical limits as a musician can make the difference between staying healthy as a player and sitting in the waiting room with an aching elbow, wrist, or shoulder. "Many injuries we see happen because lot of musicians just don’t stop when they really know that they should," says Dr. Weiss.

Take breaks or tone it down
If you start feeling weakness, heaviness, pain, or fatigue, take a real break. "Stop, step away from your instrument, and do something different," the doctor advises. He further recommends that breaking from your instrument doesn’t lead you straight to the computer keyboard. "If you need to send a quick email, that’s two minutes – go ahead and do it, but spend the rest of your break doing some simple posture exercises or stretching."

If you find yourself feeling ragged due to a rigorous or inconsistent practice regimen, try to smooth things out. "If you have a particularly difficult passage that you’ve got to get down, but every time you try to play it something hurts, put it aside," he says. "Work on some other section. You always need to step back at the first signs of overuse and not push things until the point of ‘this really hurts and I can’t play anymore.’"

Simply rescheduling your practice hours can make a difference. "Instead of playing for one hour, taking a break, and then playing for four hours, break that up," says Dr. Weiss. "Play two hours in the morning and only an hour in the evening. Even a small change like that can reduce the stress on your arms and hands."

Take a lesson
Even if you’re a completely self-taught musician, if you start feeling symptoms of overuse, consider investing in a lesson or two with an experienced, trained teacher.

"There are often technical things that you can do to alleviate strain," says Dr. Weiss. "A good teacher can look at how you’re playing and tell you to prop your instrument a little differently, to untwist your hand a bit, or to wear your shoulder strap at a different angle. Those things can help you before you get to the point where you have to see a physician."

Streamline your computer setup
Believe it or not, what you do on your computer keyboard can have a significant effect on how effortlessly you play your instrument. "A laptop, which has become a very common device, is ergonomically one of the worst physical arrangements for the hands," says Dr. Weiss. "You have nowhere to rest your wrists, and it’s almost like playing the piano at the wrong angle, with a six-inch block of stuff between you and the keys. It’s better to think of the computer and the piano as the same setup. You want the keyboard in a comfortable position in front of you with the screen directly in front of your eyes."

To help ease the strain of laptop use on your hands, the doctor recommends buying a modular computer keyboard and putting the laptop itself on a box so it’s at eye level, "as if you were reading sheet music at the piano with your hands at the appropriate keyboard height." Though not a hard and fast rule, Dr. Weiss also often recommends that musicians use track balls on their computers, rather than mice.

Treat yourself like an athlete
"Just like athletes, musicians use their bodies for their livelihood. Musicians should understand that their sound isn’t coming just out of their instruments," says Dr. Weiss. "The sound comes from the neck, shoulders, and arms, and then from the instrument. Often, musicians will divorce themselves from the physical aspect of playing and ignore the fact there’s a body between their creativity and their instruments."

A good batter doesn’t blame his bat if he strikes out repeatedly, says the doctor. "He or she looks at the swing, the elbow position, how the shoulders are breaking during the swing. If there’s pain, a musician also needs to look at things like alignment and posture, and what sort of training can be done to help alleviate the problem."

Often, both musicians and athletes engage in "weekend warrior" behavior – taking it easy during the week, then come Friday or Saturday, playing five sets of tennis, jamming on a three-hour gig, or doing something equally strenuous. "It’s not the healthiest thing," says Dr. Weiss. "It’s impossible not to do that sometimes, but you have to take every precaution you can. Try to practice a couple times more during the week to prepare yourself."

Also, just as athletes do, make sure to warm up before you play, stretch before and after, and apply ice to a tender area after use, if it’s feeling achy or overused.

Exercise away from your instrument
Keeping your entire body strong and flexible can go a long way towards ensuring that you’ll be able to play music for decades, says Dr. Weiss. "Cross-training and aerobic exercises are good. Even walking briskly – with good posture, and not slouching – can be great. Using an elliptical machine, swimming, jogging, and biking are good, too. You want to work up a sweat and use your muscles, but not in the fine-tuning way that you use them when you play an instrument."

Activities like Yoga and Tai Chi are also good, as they focus on balance and using larger muscle groups, says Dr. Weiss. "You want to do something to counterbalance all of the activity happening in the smaller muscles in your hands and forearms," he says.

In general, Dr. Weiss recommends paying attention to the entire body, rather than just the part that’s giving you trouble. "If your shoulders and upper back are weak, then your forearm is going to have to work too hard," he says. "You also have to think about posture and alignment, not just your hands. The more looseness and flexibility you have in your muscles, the more effectively and easily you’ll be able to play."

Know when to see a doctor
"If there’s actual pain that interferes with your playing, seek medical attention," advises Dr. Weiss. Simple advice – but also remember to be diligent, even once you enter the examination room. "Be aware that a lot of physicians don’t know a lot about musicians and may want to tell you to keep playing, but just take anti-inflammatory medicine."

While such treatments can help in the short term, if there’s a greater issue with your technique or lifestyle that’s causing you problems with your instrument, no number of pills will fix what’s wrong. "You have to think about what a doctor’s advice means," he says. "You don’t just want to be covering up the pain. Painkillers can mask symptoms."

Related Posts
Why you should learn another instrument
Musicians and Repetitive Strain Injuries (RSI) — How to Practice Hard and Stay Healthy
Brian Wilson’s songwriting tricks and techniques
The ingenious musical arrangements of Brian Wilson and The Beach Boys
You need to work at being creative (creativity is NOT a talent)
Are you too old to learn to play an instrument?