Excerpted from an interview originally posted on MusicianCoaching.com. 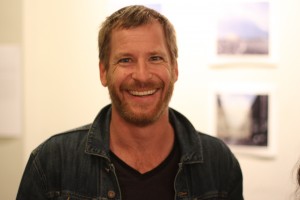 Sean O’Connell is the founder of Music Allies, an agency that consults on strategy, marketing, publicity and radio promotions for independent labels and music festivals, including the Hangout Music Festival, Camp Bisco, Bonnaroo Music and Arts Festival, and Lights All Night. Sean has done almost everything in the music industry, including artist management, concert promotion, label marketing, radio, and booking. He has advised record labels owned by major indie artists including Ani DiFranco, Aimee Mann, Justin Timberlake, and Jack Johnson.

I think it’s fair to say Ani DiFranco invented DIY. How did you get into music, and how did you end up working with her?

I was always a music nut. I grew up in Buffalo, NY listening to CFNY, and it introduced me to so much music. I went off to a small college in New York state, and I felt very suffocated culturally. Then I met a mentor who taught me what it took to start a college radio station, and we raised $100,000 and started a station. I never went home for summers again. I just stayed and built studios. But I felt there still wasn’t enough stuff to do in town, so I started a club on Wednesday nights called “The Freak Show” at a sports bar. We completely made it over and packed 500 kids in at $5 per head every Wednesday.

I’ve always had an intuition for what other kids and other music fans gravitated towards. I eventually decided to go out on my own, move back to Buffalo, and start a concert promotion company while managing some bands. Pretty quickly I was booking ten shows per month. All of a sudden, I had two venues and then quickly grabbed a third, which was a 3,500-seat venue.

I was also managing two bands and running a record label for one, and putting on lots of concerts with huge risk. Because I was only 24, I wasn’t really good at saving money, but I was good at spending it. It became a very risky business. I started gravitating to a couple folks who were at Righteous Babe. At the time, Ani DiFranco was really taking off, and I really wanted to focus on something. Within my first year, we had Ani DiFranco a Top 10 hit. I was working with them on radio promotion and other marketing.

What was it that drove her to be a DIY pioneer?

There is a lot of great music out there. But there is very little great music that just connects. She would open her mouth and sing stuff that related to so many people. It was powerful and emotional. It’s 20 years later, and I’ve seen very little that’s like it. Her music was clearly her drive and why she’s on this planet. She was always an incredibly reserved person socially. But on stage, she really opened up and talked about what was going on in her life, how she perceived the world around her, and barriers that were put up and the ones she thought could be easily broken down. It was powerful.

At the same time, there was a guy named Scott Fisher, who is still Ani’s manager and is amazing. He saw how things were starting up for her and came in and said, “I think this could be done better.” He was a very system-oriented guy, and we all just decided we didn’t care how the major labels were doing it. We were in Buffalo, New York and having a great time. Clearly, no one was going to starve, because she was already selling 1,000 tickets.

Her success was also informed by it all being about her home town. All her packaging reflected that. Living In Clip is a great example. That booklet has a certain sheen on the cover and there is a certain kind of binding. Ani wanted the box a certain way, and it was really important to her that the visual identity and the quality of her recordings went all the way to the packaging. But we had a huge restriction, because we made a pledge that everything was going to be done in Buffalo. I think that particular album was done by four suppliers. And the volume of orders was so great that we were trucking things from the printing company, to the book-binding company, to the company that did the laminates for the CD, etc. It was a wild experience. And I don’t know what the exact numbers were, but it was a ridiculous cost per unit. No one at a major label would’ve ever done that. And we did it this way all because of these self-imposed values. We wanted to help our local economy. We wanted to not just be residents, but be a part of the community. My experience with Ani DiFranco still informs everything I do today.

Where did you go after Righteous Babe?

I wanted to try some other things and get out of Buffalo for a while. I moved to Boston and did marketing and promotion for RYKODISC. I was excited to work at a label that was so important to me when I was a kid and when I was building the college radio station. And that really expanded my network. I got to have a lot of success with older artists and different genres, and built a lot of confidence and started to believe I could make a big difference.

It was a great time, and I did learn a lot. Then RYKODISC separated from Palm, and it just wasn’t the same. Around that time, it was really clear there was an opportunity to create a company to fill a huge gap for musicians and for music festivals, something I was incredibly excited about. I had really been this genre-free music fan, who actually had a lucrative career promoting fringe artists to radio. But I felt like I didn’t relate to radio stations’ programming and the concept of caging everyone into a box. And there was this European model emerging for music festivals where you could go to one and hear everything from bluegrass to heavy metal. I liked it all, and I saw that there were other people like me out there.

So, I started Music Allies. Our first clients were Ani DiFranco and Bonnaroo. Ten years later, we provide those resources and marketing expertise and strategic vision for a lot of independent music companies, but especially the ones that are owned by recording artists. During our ten years, we’ve launched labels for Martin Sexton, Ani DiFranco, Aimee Mann. I even helped Justin Timberlake launch Tenman Records. That all came out of referrals.

From your perspective, what do you think aspiring artists should be doing to be a part of these festivals?

Be great and be honest with the connection that you’re making. You’ve got to hustle and make your own destiny.

But my biggest piece of advice is, team up with someone passionate to work with you. And that doesn’t mean someone from the music business. When you look at a lot of people I’ve worked with and look at who their managers are, they started as enthusiastic young people who didn’t have training in the music business, but just saw that they could really do something. Scott was that for Ani. David Sonenberg, who manages the Black Eyed Peas and others, was in his early 20s when Meatloaf came around, and that’s how he got started. I think that part is huge.

And that’s pretty consistent. Almost any time you’re doing something great and it’s really translating, don’t envision the superstar that comes around or the music mogul. Be really good at identifying the cache of fans that want to be more than fans. They don’t all have to be managers. They can also be social masters. I think that’s a first step.

To be candid, without an audience and without having built a following outside your hometown, I don’t think there is a place for you at these major music festivals. That’s not what their program is. Many of these bands that play festivals have done really well for themselves. But I would say half the people at the festivals are discovering that band for the first time. Festivals can be a good place for musical discovery, but festivals don’t have to do that with completely unknown bands.

And which qualities do you think some of these career artists have that so many others don’t?

First of all, they have an incredible work ethic. G. Love is a great example. He’s been doing it for over 20 years. He has a great career and has had some of the biggest moments in his career just in the last few years. It hasn’t been because of hit songs. It’s been because he is genuinely concerned about connecting with people – and not just in music. If you do an interview with him, he’ll remember it. He loves meeting his fans and knows where they came from. He’s eager to get up in the morning and do work with radio stations or whatever the case may be. He really cares. I think that’s a big part: Do you have that work ethic?

The other part is there isn’t one moment where it’s all going to happen. The artists I’ve worked with are on the road for a lifetime. If you are an up and coming band, do you have what it takes to spend a lifetime on the road? That’s a hard question. Being on the road when life happens is hard: parents being ill, friends getting sick, having a family. You deal with all that and you have to deal with it in a very different way when you are on tour. I don’t think that ever stops.

To have a career, bands need to have that touring base because they’re not living off royalties. The ASCAP and BMI checks that are coming in are not that big. You have to ask yourself if you can visualize yourself in this place. And I think that question is a hard question and maybe even an unfair question to ask young artists, because I know I couldn’t visualize that stuff 15 years ago.

The other part is, you build a team around you, and you don’t sweat the small stuff. But you make sure you sweat the person who is in charge of the small stuff. You need to pay attention to details, whether about your packaging, your fan relationships, etc. All the clients I have really care about all those details.

Get great industry news and advice at MusicianCoaching.com.