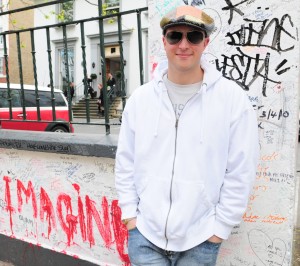 Working as a producer/engineer in the music business, I see (and hear) a lot of things when it comes to indie music and recording. One of those things, more often than not, is a conversation that goes something like this:

Band: “Hey, my band would like to book some studio time and record our next album.”
Me: “Great, what are you looking to do?”
Band: “Well, we have about 5 songs written and are working on some more. We’re looking at getting into the studio in about a month or so and we should have the other songs worked out by then.”
Me: “Okay…how much studio time are you looking to book?”
Band: “We’re not sure yet. We’re all chipping in and the drummer is borrowing some money from his uncle.”
Me: “Do you have a budget you’re working with?”
Band: “No, we’re just going to see how much money we can scrape together and go from there.”

While everyone is not guilty of this exact conversation, there are certain underlying elements that we’ve all been guilty of at one time or another. On the surface it seems pretty innocent. But let’s break it down and you decide whether or not this makes sense.

First of all, if you only have ten songs, what are the chances that each of those songs are individually great? Most successful artists write 20 or 30 songs before going into the studio. Then, they start demoing the songs, performing the songs live, interacting with the producer, and establishing an idea of what’s working and what’s not. Then the song list gets whittled down from there.

Next, studio time = money. So many artists walk into a studio, record a project, and then sit back and decide what to do next. This is highly ineffective. This is also where I suggest saving everyone time and money by doing what I call “Working Backwards.”

Let’s examine why these questions are important. Let’s say that based on your answers to the above questions, you forecast that your act can realistically sell 1,000 physical CDs at your shows in a year, and another 500 in digital download sales. Assuming you’re netting $10 a CD and clearing the usual 60% (average) on the digital, that leaves you with gross sales of $13,000.

Now, let’s also assume that you want the time and money that you put into recording the CD to turn a profit. Again, by way of an example, let’s call that profit a 50% return on your investment. In other words, you want to make back 150% of what you put into making the CD. This means that if you have forecasted a gross sales of $13,000 and you want to make 50% return on your investment, then you can’t spend more than $9,750 recording and manufacturing the album. This means that has to cover CD replication, graphic design, mastering, promotion, etc. Roughly, those things could eat up $2,500, leaving you roughly $7,000 to burn on studio time. Now you have a budget.

Don’t let the card rate on recording studios scare you. Hook up with a producer or engineer you’d like to work with and go from there. I get calls all the time from artists and bands that are working from a budget and most of the time we come up with a win/win relationship that gets the project done within their budget and meets their needs. A seasoned producer knows the rooms, the studio managers and everyone else you’ll need to get the project done. That’s part of their job!

So, why is all of this important? If you’re like most artists and are scraping together money from multiple sources and borrowing money from your friends and family, then it’s important to be able to show a formula, a process, or a business plan for what you’re doing with the money – not only for them, but for yourselves.

Does everyone plan this way? No. Do successful bands/artists plan this way? Someone on their team most certainly does. Should everyone plan exactly like this? Not necessarily because every situation is different. The above example simply illustrates that by starting with the end goal and working backwards from there can be a lot more effective than just spending money with no real end in sight.

Mark Hornsby is a music producer and audio engineer based out of Nashville, TN. For more information, check out www.markhornsby.com.

27 thoughts on “Being Successful in Today’s Music Business: Working Backwards”