Excerpt from an article orginally posted at www.videomaker.com. Videomaker is the premiere magazine and online community for professional and hobbyist video producers, helping people make better video by providing the latest video training and product reviews.

NAB is one of those few times when acting like a kid in a candy shop is appropriate. With thousands of new and innovative high-end cameras, computers, lights, jibs, dollies, and accessories to check out, even the most stoic attendees can find it hard to act their age. To help you sort through the bevy of new gear without losing the last vestiges of your respect, the Videomaker staff boldly undertook the task of scouring the show floor’s 785,000 square feet of space for cool products that we thought you would love.

This year, we decided to award several products with a “Best of NAB” award that we believe are a perfect fit to our readership – due to pricing, features or functionality. Those “Best of” products are stamped with our this icon to the right. To read more about those and why we picked them, see our Best of NAB blog at Videomaker NAB 2011 Awards Announced.

Best of NAB 2011 – Here’s a look at some of the products that we loved the best:

Though 3D camcorders are a great way to capture an easy 3D video, a 3D rig will give you greater flexibility and control over your image. Redrock micro presents a sleek-looking side-by-side rig, the micro3D rig, designed for smaller format cameras that are capable of professional 3D. The precision-machined metal rig includes easily adjustable X, Y, Z calibration, the ability to set convergence and the interaxial distance. All measurements are clearly marked on the rig in millimeters for an accurate setting of each camera. The micro3D rig comes standard with an 18-inch bar. A 36-inch bar is also available. store.redrockmicro.com

Apple announced the long-awaited new edition of its editing software, Final Cut Pro X which will support 64-bit, allowing it to render video and effects instantly in the background. It will also take advantage of Grand Central Dispatch, will include a “magnetic” timeline for easy roll and slip edits, supports 4K formats, can sync up audio and video without timecode, allows you to get rid of rolling shutter, and has an entirely new and sleek interface – all for only $299. apple.com/finalcutpro/ 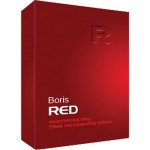 Boris’ newest version of its successful RED line is Boris RED 5. It has support for 64-bit video editing applications, filters for 3-way color grades, noise reduction, up-rezzing, smooth tone, lens blur, matchmove, DV fixing, and pixel fixing for high quality SD to HD conversions. It also has some stylized filters to add scan lines, a damaged TV look, turbulence, LED array look and chromatic abberation to your footage. The product will be available in the first half of 2011. borisfx.com

The Lowel Studio LED 250 and 450 LED fixtures are the first two models in a new series from Lowel. Not only are they brighter than similar banks, they’re also an affordable LED lighting solution for the market. The lights are DMX dimmable, have a Color Rendering Index of 91+ making them more accurate across the spectrum, and have a quiet fanless operation. They are available in daylight and tungsten color, and include barn-doors, honeycomb grids and diffusers for any lighting need. lowel.com

This long-awaited offering from Sony was designed with the amateur filmmaker in mind. The camcorder works with interchangeable lenses and a Super 35mm sensor that gives video enthusiasts a chance to capture incredible film-like depth of field. Unlike most HDSLRs that have the same sensor size, but lack pro features, the Sony NEX -FS100U has two XLR ports, a full HDMI-out for previewing, a flash memory unit, and the ability to record in 60fps in 1080p mode. It also has a high speed 120 frames per second burst mode for even slower footage. Of course,what makes this so great is the price: only $5,850 without a lens! pro.sony.com

Already a leader in wireless audio, Sennheiser released their new MKH 8060 shotgun microphone in an effort to capture an even larger chunk of the pro audio market. This microphone is Sennheiser’s first short shotgun offering. More importantly, the microphone is modular so you can quickly change its output from analog to digital. sennheiserusa.com

SmartSound makes music creation software that even the tone-deaf video producer can use – easily, efficiently and creatively. You simply find the “mood” and style of music you want, make some adjustments that include adding vocals and instruments, decide how long you want it, and create – SonicFire Pro does the hard part. But now, with SmartSound SonicFire Pro Quicktracks, you don’t have to own the entire library, or take up too much space on your drive, you make your creations in the cloud, then insert it into your timeline. smartsound.com

There’s very few ways to make Canon’s XF305 camcorder even better, shortly before NAB they announced a firmware update for their XF305 and XF300 camcorders that gave them the ability to shoot stereoscopically with an identical camera. The real beauty of the announcement is that with a simple cable connection between the two cameras you can now perform OIS Lens Shift to optically align the cameras. This keeps both cameras in stereo alignment even while optical image stabilization is on. Canon also included the ability to record simultaneously to both SD card slots with this new update for backup purposes. usa.canon.com

Sticking with the quality of their previous designs, HP built the new bodies with aircraft grade brushed aluminum and a jewel logo for a surprisingly sleek and refined design. Elitebooks now include a Dreamcolor 17.3-inch backlit display, NVIDIA Quadro 5010M graphics, two USB 3.0 ports, one eSATA port, a DisplayPort, and the new Intel Sandy Bridge Core i7 chips. The mobile workstations come with an optional solid state drive option of up to 256GB. With all of these options and it’s rugged design, the Elitebooks are tough to beat for on the go editors. 1.hp.com

Dan Bruns is an Associate Multimedia Editor at Videomaker.

Read the rest of the article at www.videomaker.com.